Hiroshi Komori, former head of stewardship and ESG for Japan's Government Pension Investment Fund (GPIF), is one of three appointments to the International Sustainability Standards Board, according to its parent organisation IFRS Foundation. Komori was senior director and head of GPIF’s stewardship and ESG division until March 2022.

Komori joined GPIF in December 2015, and became head of stewardship and ESG in 2016, building up ESG related practices and expertise for the pension fund. Prior to GPIF, Komori was with Sumitomo Trust Bank (currently Sumitomo Mitsui Trust Bank) for over 25 years in the investor relations and shareholder relations consulting service group.

IFRS Foundation trustees chair Erkki Liikanen said in a news release that the latest appointments give ISSB a geographically balanced board with a broad range of expertise as it works to develop standards for corporate sustainability disclosures.

CIC CHAIR OF BOARD OF SUPERVISORS HU HAO DEPARTS As per a decision rendered by the China's State Council, Hu Hao will no longer serve as China Investment Corporation’s (CIC) chair of board of supervisors.

“CIC highly appreciates the stellar job Mr Hu has done during his tenure to revamp the board of supervisors, enhance the role of auditing in supervision, and deepen internal reforms,” CIC said in an announcement on August 16.

Hu joined CIC as chair of board of supervisors from the Industrial and Commercial Bank of China in February 2020, where he was the deputy governor.

CIC did not reply to requests for comments. Prudential Hong Kong has appointed Lawrence Lam as its chief executive officer. This appointment is with effect from August 25, the life insurer announced the same day.

Lam replaced Derek Yung, who completed his term in June after joining in 2009 as the Hong Kong CEO. Yung has since assumed a group advisory role at Prudential, the firm told AsianInvestor.

Lam will be responsible for driving the growth and development of Prudential’s life and general insurance in Hong Kong. He reports to Lilian Ng, managing director, strategic business group, Prudential plc.

Prior to joining Prudential Hong Kong, Lam was the chief executive of Citi’s consumer banking business in Hong Kong. During his time with Citi, Lawrence held multiple senior leadership positions and played a critical role in building the bank’s insurance business through bancassurance partnership. 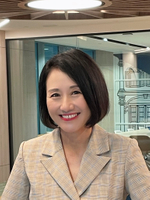 AustralianSuper has promoted Daniel Lim to the position of investment director for private credit with effect from August. He will be based in the fund’s New York office.

In his new role, Lim will be focused on high yield and subordinated debt financing for real estate and infrastructure in North America.

Lim has been with AustralianSuper for the last four years as an associate director for real assets alternative debt. Prior to that, he held roles at BNP Paribas Corporate and Institutional Banking, and Bank of America.

Zapparov joins from IFC where he was the head of Asia project development and investment. He will continue to be based in Singapore for the role.

The firm’s primary focus will be on clean transport, renewable energy and energy storage, water and waste management.

Pentagreen will operate independently from HSBC and Temasek. Its board of directors include Zapparov, Kai Nargolwala, who is also board chair of Singapore Pools and 65 Equity Partners,  Stuart Lea and Kelvin Tan from HSBC, and Connie Chan, managing director of investment and financial services at Temasek. In this newly created role Wu will oversee BlackRock's sustainability research across the Asia-Pacific region, and report to Emily Woodland, head of BlackRock sustainable investing for APAC. She will be based in Hong Kong and her appointment is already in effect, according to a company news release on August 29. Wu was most recently head of Asia ex-Japan ESG and utilities equity research at JP Morgan, where she was first to spearhead ESG research for the firm. She has more than 14 years of experience in equity research in APAC.

Hannah Lee has since assumed Wu's former responsibilities at JP Morgan in a new role as head of Asia Pacific ESG equity research at JP Morgan effective from September 1st, a spokesperson for the firm told AsianInvestor.

Meanwhile, Espeskog will start his newly created position in early October and is based in Singapore. His appointment signals the firm’s commitment to deepening the resources available to this fast-growing set of investors and reflects continued momentum in the wealth space which has been spearheaded by Guilherme Lima, who was named head of wealth for APAC in October 2021.

Espeskog has been with BlackRock since 2010, and he has held a variety of roles building including building the firm’s iShares business in both EMEA and APAC. Most recently he was co-head of sustainable investing for APAC, a role which has now been succeeded by Emily Woodland. To better align with the firm’s current and future business requirements in the fast-growing region, the role of COO has been reinstated to oversee the firm’s overall operations in Asia Pacific, the firm said.

Soubra joined AllianzGI in 2003 and held various positions across different functions within the organisation. Prior to his current role, he was global head of trade and position life cycle team since 2018, responsible for overseeing day-to-day operations and business performance activities related to core middle office functions including trade support, corporate actions, proxy voting, cash and securities reconciliations and treasury cash management. Former BOCOM International head of research and chief strategist Hong Hao, who resigned in early May after his bearish reports on China, has joined Shanghai-based alternative asset manager GROW Investment Group as its chief economist and head of research, Hong announced on his social media on Wednesday (Aug 31).

Based in Hong Kong, Hong will help the firm build its Hong Kong office and provide investment strategies to institutional and ultra-high net worth investors. He started the new role on Monday.

GROW was founded in Shanghai in June 2021. Navigator Global Investments is its major strategic investor. GROW opened its Beijing and Hong Kong office in December 2021 and established a multi-family office in February this year.

Hong has over 20 years of experience in the financial industry, serving strategist roles in institutions including CICC, Citi, and Morgan Stanley.

Before joining GROW, Hong was with BOCOM International for over 10 years. He is well known in the industry for his accurate forecasts of China’s economy and the stock market. He is also outspoken on domestic and international media as well as social media.

After his bearish reports on the Chinese economy in April, Hong’s Chinese social media accounts were shut down. He resigned from BOCOM International shortly after. Although it is unclear which of his remarks crossed the line, it happened during a time when China was censoring speech on Covid lockdowns and their impact on the economy.

Around the same time, HSBC’s renowned chief economist Qu Hongbin, who’s based in Hong Kong, also left in May after over 20 years at the bank. In addition, Terence Lam, managing director, head of client group core, Asia Pacific, will also become a member of the board of the Chinese JV.

Based in Shanghai and reporting to Marco Morelli, executive chair of AXA IM, Margulies will represent AXA IM’s interest in the Chinese JV, AXA SPDB Investment Managers, and report on the JV’s progress.

The country manager role in China is newly created. Cheng Liao and Bruno Guilloton, who were managing the relationship with AXA IM’s Chinese JV, both retired earlier this year. Prior to his new role, Marguiles was previously AXA IM’s strategy and corporate finance officer and the chief of staff to AXA IM’s executive chair. Principal Global Investors is opening an office in Seoul to strengthen and deepen existing client relationships in South Korea. Additionally, John Kim has joined the firm as managing director and head of South Korea. Williams joined on August 1. Based in Singapore, he reports to Sam Farrimond, regional leader, client advisory for Asia Pacific in the ICT business. Williams will lead the development and deployment of WTW’s insurance distribution plans, covering all channels and integrating the ICT team’s industry experience with the company’s technology solutions and software. A WTW spokesperson declined to comment about Williams' predecessor other than saying that the person left the role in 2021. Seol’s career of over two decades spans across real estate and credit in different markets, from Los Angeles to Tokyo, Seoul and Hong Kong. He joins M&G from advisory firm Coral Tree and was previously the head of Asia at Bank of America Merrill Lynch Real Estate Principal Investments.

Cho will be based in Seoul and reports to Ryu Hyesik, head of Korea. An industry veteran with over 15 years of experience, Cho was most recently with KKR’s Asia real estate team, where he managed the firm’s Korean portfolio. He has previously worked at Mapletree, Ascendas and Macquarie Capital.