Hui Ling Wong has been appointed senior partner at specialist insurer Fusion, while Yen Lin Ee has been appointed partner in mergers and acquisitions (M&A) underwriting.Wong started in her role on October 10, while Ee started on September 15.

Wong and Ee will be responsible for strengthening Fusion’s underwriting capability of cross-border M&A transactions in the region, as well as growing and facilitating Fusion’s relationships, the firm said in a statement.

Wong will be based in Hong Kong and joins from Aon where she was the head of its M&A transaction liability business for Asia. She has more than 15 years of experience in the industry, and has typically advised international private equity and corporate investors on their M&A transactions, as well as the placement of M&A insurance solutions, at large firms including Allen & Gledhill, Maples and Calder, and Vanguard Investments. Ee also joins from Aon where she led a team advising on and placing Warranty and Indemnity (W&I) insurance for a diverse range of M&A transactions for global clients.

Fusion is a specialty insurer that provides insurance solutions to small and medium-sized businesses. The company has been expanding in the specialty M&A insurance market globally and has been working to gain momentum in Asia Pacific.

Hermant Tucker of Bank of Singapore has announced that he has co-founded Farro Capital, a multi-family office and wealth management platform, together with partners Manish Tibrewal, Mahesh Kumar, Rajiv Garg, Uthpal Rao.

“Built on strong values and driven by principles of trust, innovation and excellence, Farro Capital specialises in providing bespoke and cutting edge solutions to ultra-high net worth families globally,” Tucker said on LinkedIn.

The new business will assist families in areas such as holistic and goal-based investment strategies, risk assessments of net worth, optimal holding structures, consolidated reporting with benchmarking and risk analysis, access to independent buy side research, credit and lending solutions, and designing sustainability, impact and philanthropy programmes, he wrote.

Tucker was previously the managing director and market head for the global South Asia and Middle East, and segment head for technopreneurs. He was in the position for nearly six years before leaving in September. Before that he held senior positions at Barclays Wealth Management in Singapore, and ABN AMRO Bank in India. He will continue to be based in Singapore. TIAA-owned asset manager Nuveen has appointed Kristina Hermanson as head of Nuveen Natural Capital in  Asia Pacific and Africa, based in Sydney.

Based in Sydney, Hermanson will focus on growth in the region in farmland, timberland and nature based investment, the focus of Nuveen’s Natural Capital division. Nuveen Natural Capital’s global business extends to $9.4bn AUM and through developing partnerships and innovation APAC & Africa is a region targeted for growth.

In this newly created role, Hermanson reports to Martin Davies, global head of Nuveen Natural Capital, a spokesperson told AsianInvestor. The spokesperson did not get back on the date of Hermanson joining Nuveen. Working closely with Hermanson, James Freeman will lead the Australian farmland business, taking over from Matt Bull who will retire at the end of the year.

Hermanson has 20 years’ experience working in the agricultural sectors at a variety of key industry players. Most recently, she was managing director at FMC for Australia, NZ and Southeast Asia where she was responsible for driving commercial results, culture and growth strategies. Prior to this, she had worked at Coca Cola Amatil as the director of growth and collaboration, leading strategy, innovation, and integrated commercial planning. Kristina also spent 10 years at ADM in commercial and M&A roles, latterly as director of business development and strategy in Southeast Asia.

Hermanson currently serves on the Board of Directors at Australian Farm Institute and AgSafe Australia.  She recently completed terms as a Director at CropLife Australia and Business for Development. Franklin Templeton has appointed Rahul Bhalla to the newly-created role of head of Asia distribution for exchange-traded funds (ETFs). He will be based in Singapore.

Bhalla is now responsible for developing and implementing the firm’s long-term ETF business strategy for Asia and will coordinate with the regional distribution team to drive its growth throughout the region. He will report to Patrick O’Connor, head of global ETFs, in partnership with Tariq Ahmad and Matt Harrison, co-Heads of Asia Pacific.

Bhalla has over 20 years of industry experience in Asia and the US. Before joining Franklin Templeton, he was head of AMICORP Asset Management in Singapore. He also previously held the positions of head of business development Asia Pacific at IHS Markit and as head of South Asia at Vanguard Investments. European asset manager Amundi has promoted Florian Neto to head its investments in Hong Kong and Taiwan and to the role of head of multi asset for Asia, according to Neto’s LinkedIn post.

Neto’s appointment is effective as of October and he will continue to be based in Hong Kong.

In his new roles, Neto is responsible for the firm’s multi asset platform, overseeing product offerings, client engagements, and its portfolio and performance in the Asian region. He will also supervise investment talent based in Hong Kong, Taiwan and Singapore.

He began his professional career with Amundi in August of 2010 through the firm’s international graduate program. Most recently he served the firm as director, head of multi asset for North Asia and as a lead portfolio manager. 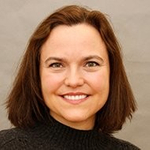 MFS has announced that Pilar Gomez-Bravo and Alexander Mackey will join current CIO Bill Adams to form a global leadership team of co-CIOs to lead its fixed income department, with effect from March 1, 2023.

Gomez-Bravo has more than 25 years of investment experience and first joined MFS in 2013. She is credited as having played a critical role in establishing the firm's London-based fixed income team. She is a portfolio manager on several fixed income strategies and serves on investment committees and working groups across asset classes.

Mackey began his career with MFS in 1998. In 2001 he joined the firm's fixed income department, where he has worked as both an analyst and portfolio manager. During his career, he has helped guide the firm’s US high-grade corporate credit research process and portfolio management efforts.

This article has been updated with Wong and Ee's start date at Fusion.