The appointment came after Su Hengxuan tendered his resignation as the company’s president, executive director and member of the strategy and assets and liabilities management committee on Monday (Aug 1), which took effect on the same day. Su will remain the vice president and a member of the Party Committee of China Life Group.

From 2020 to 2022, he served as the vice president of the Agricultural Development Bank of China. 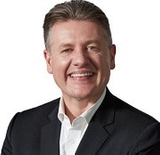 According to a public filing to the Indian stock exchange BSE on July 27, Blackburn, who was non-executive director of the board of ICICI Prudential Life Insurance Company, had resigned from the board with effect from July 27 due to his resignation from the Prudential Group effective the same day.

Blackburn joined Prudential in Hong Kong from Allianz in September 2012 as the regional director of new markets and business development, where he oversaw the launch of Prudential’s business operations in Cambodia and the establishment of Prudential’s representative office in Myanmar and Laos.

During his nearly 10 years at the life insurer, he held CEO roles for Singapore and Vietnam, before becoming regional CEO for insurance growth markets in February 2020. Based in Hong Kong, he oversaw Prudential’s insurance business in high-growth markets in Asia and Africa, including India, Thailand, and Vietnam. They each lead one strategic group to oversee all markets across Asia and Africa, including growth markets that were previously led by Blackburn.

Additionally, ICICI Prudential Life Insurance has appointed Benjamin Bulmer, Prudential’s CFO for insurance and asset management, as a non-executive director of the company to replace Blackburn, according to the public filing.

SUN LIFE APPOINTS EVP AND CCIO BASED IN SINGAPORE Canadian insurer Sun Life has appointed Chris Wei as executive vice-president and chief client and innovation officer (CCIO) based in Singapore, it announced on Wednesday (August 3).

Wei will also be part of the firm’s executive team. The chief sustainability officer, chief marketing officer and head of corporate communications will report to him.

He will be responsible for developing innovative solutions and establishing measurable targets for customers to achieve financial security and foster a sustainable society, the firm said in a statement.

He was previously chair for Blue Insurance Hong Kong and executive chair of Aviva Asia, and global chair for Aviva Digital.

Between 2011 and 2014, he was the group chief executive of Great Eastern in Singapore, and before that, he was group CMO and head of bancassurance and direct marketing at AIA in Hong Kong.

Ryan Rakestraw, a director of investment for agri-food, has moved from San Francisco to Singapore for two years while remaining in the same role.

The move is “purely an internal geographic rotation which is quite common for our colleagues”, a spokesperson confirmed with AsianInvestor.

Rakestraw is one of a few directors within the team, and is not a member of the firm’s senior management, the spokesperson said.

He has been with Temasek for four years in San Francisco, and had previously worked at various venture capital firms.

Tay Swee-Yuan, the head of data governance and management at Singapore sovereign wealth fund GIC has left the firm to take a break, he wrote on LinkedIn earlier this week.

GIC did not respond to a request for comment, but does not generally comment on people moves.

Tay has been with the fund for 23 years, starting out as a risk analyst in 1999 and rising the ranks t head up several functions throughout the years including equities risk analysis, and investment risk and performance.

Before that he was an associate at investment advisory firm Koeneman Capital Management and an IT executive at SG Securities. Birkett joins VFMC from industry superannuation fund, Hesta. He will commence his role on August 22. He will sit on VFMC’s investment leadership team and report to chief investment officer, Russell Clarke. Birkett replaced previous head of equities Michael Stavropoulos, who left VFMC in April after over 13 years, and joined AustralianSuper as head of portfolio construction and strategy for equities in May, according to his LinkedIn profile.

Hesta did not respond to requests for comments. Based in Shanghai, Shao will be leading a team of over 20 employees in the city and driving the growth and development of offshore and onshore offerings with key clients and distributors in Eastspring Shanghai, and supporting strategic initiatives of Eastspring Investments in mainland China, the firm told AsianInvestor.

Shao is supposed to report to Eastspring’s head of corporate strategy, mergers and acquisitions (M&A), a role that the firm is still hiring. In the meantime, CFO Yeo will continue to oversee these responsibilities including chairing the Eastspring wholly foreign-owned enterprise board of directors, a spokesperson told AsianInvestor.

Eastspring is the asset management arm of Prudential.

Following the departure of Shao in July, Principal Global Investors told AsianInvestor that the firm is in the process of finding a replacement to support the China business moving forward. The Principal China team will continue to support clients’ needs in the interim, the firm said. Takayama most recently held the role of head of business development with Misaki Capital who did not respond to AsianInvestor's inquiries about his successor. Prior to that, he held senior roles with Nikko Asset Management and Tokio Marine Asset Management.

The new Tokyo office follows eight years of presence in Japan. Takayama will also travel regularly to Australia and, over time, will work to help Frontier develop other business opportunities in Asian markets, such as Korea.

Prior to Takayama joining, Frontier did not have permanent people in Japan, the spokesperson said. Frontier Advisors Australia staff regularly visited Japan to assess the market opportunity and build relationships in market. CEO Andrew Polsen led these efforts and a team of consulting and research experts in the Australian business.

Takayama and the Japan operation are currently being supported by the Australian office. Over time more staff will be added to the newly opened office at FinGate Terrace in Tokyo’s commercial district, the spokesperson added. Hayden Briscoe, head of global emerging markets and Asia Pacific for fixed Income, will additionally be appointed as asset management head for Hong Kong, effective 1 August 2022. Briscoe will report to Raymond Yin, head of Asia Pacific at UBS Asset Management, in this capacity.

Having started his career in Sydney, Briscoe moved to Hong Kong in 2013 and joined UBS Asset Management in 2016.

A spokesperson told AsianInvestor that Briscoe takes over the asset management head role for Hong Kong from Adolfo Oliete, head of hedge fund solutions in Asia Pacific. Oliete took the role in May 2021 where he succeeded Markus Egloff, who is now with KKR.

Oliete will be returning to London over the summer where he will continue with his hedge funds solutions head of Asia Pacific investments role and as a member of the senior leadership team for hedge fund solutions’ global business. Prior to Blackstone, Hirai served at the real estate private equity group of Bank of America Merrill Lynch and Goldman Sachs Realty, accumulating more than 18 years’ experience in the real estate industry and possesses an extensive network in deal sourcing and project refinancing. Asset manager Value Partners announced the appointment of Alice Leung to the newly created role of managing director, head of digital, with effect from August 2.

Leung will be based in Hong Kong in her new role and will oversee the firm’s e-commerce and digital marketing strategy and will also be responsible for building new creative growth strategies. She will report to June Wong, Value Partners Group’s chief executive.

Previously, Leung was the head of digital for Asia Pacific at Mattel Inc for the better part of the last two years. There she led the regional team and developed its e-commerce and digital marketing strategy for 12 markets in Asia Pacific and 10 key brands.

Before that, she served as the digital branding lead at Accenture Interactive, where she led regional projects for all brand and digital transformation and creation strategies. Based in Tokyo, Hirabyashi will lead equity and debt placement for Japanese institutions investing abroad, as well as for capital investing in Japan. He reports to Takashi Tsuji, head of capital markets, Japan at CBRE. Hirabayashi replaces Junichiro Muto who left CBRE at the end of March 2022, a spokesperson told AsianInvestor.

Hirabayashi was most recently a Managing Director at one of MC’s affiliates in Los Angeles where he led new ventures for the firm and launched multiple equity and debt funds in the U.S. for Japanese institutions. Diamond Realty did not respond to AsianInvestor's inquiries about Hirabayashi's successor. Prior to Diamond Realty, he led the development of joint-ventures and investment management programs at GE Capital Real Estate.