Justin Pascoe has been promoted to head of equities at AustralianSuper.

He was most recently deputy head of equities, a role he has held since September last year after the previous head of equities Innes McKeand relocated to the fund’s London office. Pascoe has been in charge of the team’s day-to-day activities since.

Before joining the super fund, he was chief investment officer at the Victorian Funds Management Corporation for eight years until 2016. Prior to that, he was based in Hong Kong and worked at Goldman Sachs Asset Management, State Street Global Advisors and Jardine Fleming. 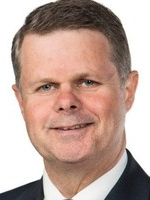 The Australian Financial Markets Association (Afma) has appointed Brett Harper as chief executive, effective October 11. Harper was most recently a director at consultancy firm Promontory Australia based in Sydney.

Earlier on in his career, he was head of balance sheet and market risk at the Australian Prudential Regulation Authority (Apra) between 2002 and 2006.

He has also held senior roles at Barclays in London where he was global head of traded market risk and business risk review, and the Anglo Irish Bank in Dublin where he was chief operating officer and general manager of financial markets.

Harper replaces David Lynch who has been chief executive since 2012 and has been with Afma for 25 years. 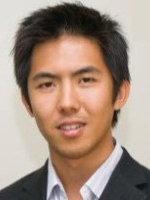 State Super, the trustee of the state authorities, state and police superannuation schemes, have promoted Alan Chan to the position of senior investment manager for asset allocation and risk, the firm announced in a LinkedIn post.

A State Super spokesperson told AsianInvestor that his new role was made effective on August 1 and is a direct promotion within the same role.

Chan was previously investment manager for asset allocation, a role he has held since 2016. Before that, he was an investment analyst at Colonial First State Global Asset Management for three years. Cesar replaces Louisa Cheang Wai-wan, who was in the midst of a three-month medical break, the bank announced on May 7. Since Cheang will be re-posted to HSBC, she will cease to be executive director, vice-chairman and chief executive of the bank with effect from Sept 1.

Cesar’s appointment will expire at Hang Seng’s 2022 annual general meeting and an extension will be subject to a shareholder election. Her term as a director will be three years until 2025.

HSBC on Wednesday (Aug 25) announced the appointment of Kelvin Tan as the newly created role of head of sustainable finance and investments for the Association of Southeast Asian Nations (Asean) markets.

Tan joined HSBC in 2009, where he led HSBC Singapore’s commercial banking business. Most recently, he was HSBC Thailand CEO, a role he has held since 2015.

Tan will start the new role on Sept 1. The new Thailand CEO has not been announced yet, HSBC told AsianInvestor. 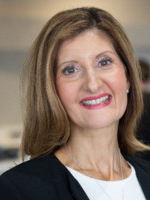 She takes on the newly created role at National Australia Bank (NAB) on October 1 after spending four years at the helm of BNZ. She has been on the board of BNZ since 2016.

Mentis was previously chief customer officer for NAB’s business and private banking segment, and group executive for business banking before that. She started her career at Macquarie Bank and has held senior management positions at BT Financial Group, Westpac and Citibank.

Dan Huggins has been appointed her replacement as BNZ’s managing director and chief executive, and is currently BNZ’s executive for customer, products and service. He also begins in the new role on October 1.

Huggins joined BNZ in 2020 from the Commonwealth Bank of Australia (CBA), where he was the executive general manager for home buying and was accountable for the bank’s A$400 billion ($290 billion) home lending portfolio. 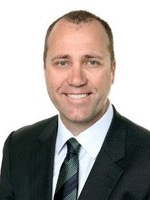 He started in his new role "earlier this week", a spokesperson told AsianInvestor, while declining to answer questions about whether the position is a new or replacement role, or how big the team he leads will be.

At MLC Wealth, he led a team of 750 people and oversaw risk and compliance, remediation, regulatory affairs, and the legal departments, among others.

Before that he held senior roles at Westpac and BT, and spent 15 years at Mercer, most recently as chief operating officer until 2014. In this dual role, Chye will oversee XREX's businesses and operations in Singapore and play an instrumental role in bringing new value propositions to XREX's clients, it said in an announcement.

XREX declined to provide more details of the appointment.

Prior to XREX, Chye worked at Standard Chartered Bank in Singapore for six years. His most recent title was executive director for the regional CEO.

Standard Chartered told AsianInvestor that Chye has left the bank in end July, but declined to comment on the replacement of Chye. Mary McBain, who heads European investment manager Ruffer’s Hong Kong office and manages the LF Ruffer Pacific and emerging markets fund, will be retiring from Ruffer later this year after 15 years with the firm, the firm told AsianInvestor.

As a result, Ruffer has decided to bring the firm’s coverage of emerging markets back to London and close the fund together with the Hong Kong office closing towards the end of 2021.

Investors in the fund will receive a cash payment based on their current holdings.

Enid Lal has been appointed head of superannuation and partnerships at robo-advice firm Stockspot, effective August 16.

Lal had been with Vanguard for 18 years, working in distribution, product management, superannuation and direct retail.

She was most recently strategic partnership manager at the firm while based in Melbourne, managing institutional clients such as superannuation funds, wealth management firms and banks to provide digital advice.

In her new role, she will lead product initiatives to support Stockspot’s direct clients including self-managed super funds, accountants and advisers. Syfe, a digital wealth management company licensed by the Monetary Authority of Singapore (MAS), on Wednesday (Aug 25) announced that it has hired hedge fund manager Samantha Horton as vice president and head of business development.

Based in Singapore, Horton will lead Syfe's expansion into new markets in Asia in the next 12-18 months.

Horton started her career in Morgan Stanley in equity research, covering the Asean financial sector. She joins Syfe after 11 years at a multi-billion-dollar sovereign wealth-backed hedge fund, Broad Peak Investment Advisers, where she was managing director and co-head of data analytics.

Read also other people moves reported by AsianInvestor this week:

This article has been updated with comments from State Super.