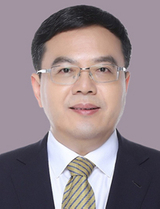 The appointment was made by the Organisation Department of the Central Committee of the Communist Party of China during a meeting with China Life.

Cai’s appointment marks the sixth top management team of the China life giant has been in place after its former chairman Wang Bin went under investigation by the country’s anti-corruption agency for “serious violations of discipline and law” in January.

In line with existing practices, Cai will succeed Yuan as the group president. He will report to party secretary and group chairman Bai Tao, who took over from Wang Bin on January 14.

Cai became president of China Export and Credit Insurance Corporation, a state-owned insurance company, in September 2020. Prior to that, Cai was the vice president of CITIC Group. Yuan joined China Life Insurance (Group) Company in May 2017 as deputy party secretary, vice chairman and president. Prior to China Life, he has held several senior positions at China Everbright since 2008.

Prominent overseas Chinese businessman, co-founder and chairman of insurance company Asia Financial Holdings, Robin Chan Yau-hing passed away on April 18 at the age of 90. His second son, Bernard Charnwut Chan, executive director and president of the company, has been named as the new chairman, the Hong Kong insurance complex announced on April 19.

Bernard Chan’s appointment has been in effect from April 20. He will concurrently act as the president of the company.

Robin Chan is the eldest son of Chin Sophonpanich, the founder of Bangkok Bank. Robin Chan, his father, and other prominent Chinese businessmen founded Asia Insurance in 1959, which became Asia Financial after the merger with The Commercial Bank of Hong Kong in 1990. It provides life and general insurance, and manages pension funds. Robin Chan was a political and business heavyweight in Hong Kong. Leaders in town, including Hong Kong Chief Executive Carrie Lam paid tribute to his death. In the newly created role, Altin will report to interim Group CEO, Mark FitzPatrick, and will be based in Singapore. He will lead strategic change and growth across all markets in Asia and Africa, from new products and solutions for customers, to how the life insurer serves its existing customers faster and better through multi-channel models.

Altin has 25 years of experience in leading business change and growth in the financial services industry. Before the new role, he was with Allianz for 13 years until December 2021, when he left as regional CEO for Asia Pacific, responsible for substantially increasing its operating profit, establishing new insurance and asset management entities in China, as well as driving change and enabling the business to accelerate growth. Kertikova is a director of ESG investment at Singapore state investment firm Temasek, where she is responsible for ESG and sustainability integration of the firm's investment processes as well as engagement with investee companies.

She has been with Temasek for four years and was previously with private banking group LGT and Norges Bank Investment Management, where she was an equity analyst and portfolio manager.

Cbus industry super fund has made two new appointments with Jon Sedawie promoted to the role of head of retirement and Craig Plain joining the fund as the new head of product governance.

Sedawie has been promoted from within Cbus, from head of product to the newly created role of head of retirement. In his new role, he will be responsible for an integrated strategy and program to improve retirement outcomes. His responsibilities include product development, member experience, help, education and advice, retirement modelling, simulators and tools, marketing and disclosure, according to Cbus.

Sedawie first joined Cbus in 2013 from ESSSuper where he was a product manager. He has also held similar roles with State Trustees, Aviva and NAB/MLC.

Plain will join Cbus next month in the newly created role of head of product governance.

He is currently Equipsuper's head of product, a role he has held since 2017. Before joining Equip in 2007, Plain spent over ten years with Mercer.

At Cbus, he will be responsible for overseeing the entire process and controls used to design, launch and monitor the product to ensure it meets commercial, customer and regulatory requirements. Additionally he will oversee the policies, processes and systems across the lifecycle of a product to ensure alignment with the fund’s strategy.

Both Sedawie and Plain will be based in Melbourne in their new roles. Prior to his appointment, Khurana has held the same title at Saxo Bank in Denmark for the last four years. Before that, he held several executive positions with Westpac and Macquarie Group.

He will be based in Sydney in his new role at Integrity Life.

"Ashish brings enormous experience and pedigree to our organisation and will be responsible for continuing the development of our contemporary technology capability - modern technology is a vital component of our value proposition for partners and customers," said Integrity Life chief executive and managing director Sean McCormack in an official statement.

Saxo Bank did not respond to AsianInvestor’s query on Khurana’s replacement. 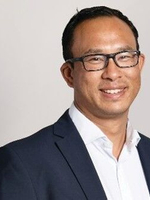 He reports to chief executive Michael Chisholm and will provide guidance to the investment, product, and services team in Melbourne as well as across the Crestone network.

Prior to joining, he was CIO at Energy Super for almost three years before it merged with LGIAsuper and took up the role of deputy CIO. He was also head of real assets and alternatives at VicSuper and held roles with QIC and Bankers Trust.

He has more than 20 years of industry experience and is knowledgeable in ESG integration, Australian and global equities management, and portfolio construction. Lam joined Manulife IM from the Hong Kong Monetary Authority (HKMA) in September 2017 as the Asia CIO and head of Asia transactions with the real estate unit, based in Hong Kong. He was the chief manager of direct investment for HKMA’s global real estate team from March 2015 to August 2017.

The firm on Thursday (April 28) announced the appointment of Jessie Liu to the position of head of transactions and portfolio management, real estate, private markets, in Asia, as his replacement.

This is an expanded role with immediate effect. Liu will report to Marc Feliciano, global head of real estate, private markets, and will join Manulife IM’s global real estate leadership team. Before the promotion, she was senior director for Asia real estate investments. 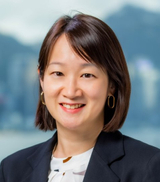 In the new role, Liu will lead the sourcing, acquisition, and new market development of real estate investment in the region, taking over the transaction and portfolio management responsibilities from Lam, who will be departing the firm in June.

Liu will continue to be based in Hong Kong. Since joining Manulife IM in 2019, she has led and completed multiple investment transactions in key Asia markets across different property types including logistics, commercial and multi-family. Based in Hong Kong, he joined the firm on Monday (April 25) and reports to London-based Travis Spence, international head of investment specialists. Liang will be leading the investment specialist team in Asia to communicate GFICC’s investment capabilities and strategies to existing and prospective clients across funds and institutional channels in the region.

With more than 20 years of asset management experience, he joins from AllianceBernstein where he was senior investment strategist for fixed income in New York and Hong Kong since 2006. He has held previous similar positions at Oppenheimer Capital (Allianz Global Investors) and Jennison Associates in New York and Value Partners in Hong Kong.

A spokesperson from AllianceBernstein told AsianInvestor the firm is still looking for Liang's replacement. In her new role, Fairbairn will be responsible for expanding the firm’s relationships in the family office, high-net worth and retail segments across Victoria, South Australia and Tasmania. She will be based in Melbourne.

She has over 20 years of experience in the financial services industry and was previously at Generation Life and Colonial First State. Most recently, she held the position of regional manager at State Street Global Advisors for the last two years. 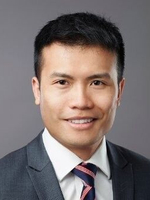 Anthony Poon has joined Mirae Asset Global Investments (Mirae) as its vice president for alternative investments with effect from April 19.

Based in Melbourne, he reports to Luke Gersbach, head of alternatives, and is part of an expanded team to source quality investments for clients and grow the business in the Australian market.

Poon joins from Westpac, with more than 10 years of experience, where he held multiple roles across the institutional business, including corporate advisory, credit derivatives markets, and debt capital markets.

He has also held roles with Credit Suisse and Taifook Asset Management in Hong Kong.