Asia Pacific (Apac) private equity firms are seeing less capital from asset owners due to the recent turmoil in markets worldwide — and South Korea is indicative of this trend.

The amount of capital committed for fundraising by Korean private equity firms (PEFs) has dropped in 2022, following rising interest rates both globally as well as in Korea, along with increasing economic uncertainty.

According to data by Korea’s Financial Supervisory Service (FSS), the amount of newly committed capital for local PEFs during the first quarter of this year stood at W2.7 trillion ($1.94 billion), roughly a third of the W8.19 trillion committed during the fourth quarter of 2021. 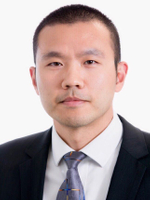 Similarly decreased demand from asset owners have been seen elsewhere, according to Liang Yin, director of investments in Asia at investment consultant and advisory firm WTW.

“The current market poses challenges for asset owners. Higher inflation means they expect a higher spending need. If you are an endowment or a pension fund, your budget has probably increased because inflation means you might have to pay out more, especially if the payout is linked to inflation. That leads to a higher liquidity need and less appetite for illiquid investments,” Yin told AsianInvestor.

In the meantime, public market valuations have adjusted downwards. Initial public offerings, one of the ways to exit a private equity asset, have largely dried out as a result. This means that existing private equity investments are not returning capital as quickly to asset owners due to a delay on exits. Therefore, Yin said, there is now an expectation that the return prospects for this asset class will require some adjustments along with the rising interest rate.

“When the denominator effect kicks in, it means asset owners could seemingly move above their targeted allocation share to private markets, and understandably they need to rebalance to avoid this overallocation. Then they are not in a rush to commit to the next private equity fund,” Yin said.

“[The year] 2020 became an adjustment period, whereas 2021 saw managers coming back to the market and raising capital. Soon it was a record year by multiple measures such as fundraising, dealmaking, and exits,” Yin said.

On that backdrop, 2022 has been a return to the mean: a new macroeconomic environment with high interest rate and high inflation.

The private equity market has not dealt with such a situation in decades. For instance, US consumer inflation reached 9.1% in June 2022, a level last seen 41 years ago. In Europe, the war in Ukraine has also influenced inflation rates.

Therefore, a whole generation of investment professionals have not experienced a market like the present, and that creates uncertainty among managers and asset owners alike.

“With all these different factors to be considered, it is understandable that asset owners may become more conservative in their allocations to private equity,” Yin said.

“In [South] Korea, you also have the FX rate effect. The US dollar is rising against the Korean won, and if a Korean asset owner is committed to a US dollar fund, the capital call becomes more expensive to service because your cash is in local currency, but the capital commitment to the private equity fund is in US dollars, so that makes it even more expensive to service,” Yin said.

At the same time, liquidity has also tightened among some Korean asset owners. In Korea, individuals can take out a loan at their pension fund or mutual aid association. These loans have relatively attractive interest rates compared to bank loans or credit card debt. Thus, it is not uncommon for Koreans to pay off these loans with a less expensive loan provided by their pension scheme.

This trend of lending money to pension savers is impacting the liquidity and amount of dry powder for pension funds and mutual aid associations this year, sources familiar with the investment strategies of Korean pension funds and mutual aids told AsianInvestor. Relatively lower capital to deploy makes these investors even more wary of investment calls during global turmoil in the markets.

“Due to the need for liquidity for these loans, some Korean asset owners must think twice about their priorities in investments, and how much capital they should allocate to illiquid investments, including private equity,” one head of Korean institutional sales at a global asset manager told AsianInvestor, preferring not to be named.

Still, investors are not abandoning capital private equity, as is the case for South Korea.

For instance, global private equity firm Cinven managed to attract €550 million ($551.3 million) from Korean institutional investors for its eighth flagship fund launched in March, with a €12 billion target, according to the Korean Economic Daily.

The Korean investors are led by the two giants the National Pension Service (NPS) and the sovereign wealth fund Korea Investment Corporation (KIC), which have committed €200 million and €150 million, respectively.

It is indeed a trend among Korean asset owners to increasingly stick to known alternative investments, sources familiar with the thinking of investment managers at Korean pension funds and mutual aid associations tell AsianInvestor. For instance, the investors will likely allocate to their preferred investments by re-upping mandates to commingled funds or allocating capital to subsequent platforms within the same fund series that have shown to perform, similar to Cinven’s latest fund.

Also read: Why Korea's KIC is speeding up alternatives allocation