Can orange be the new green? The answer is a resounding yes for supporters of orange bonds, a growing asset class focused on gender lens investing as a form of sustainability financing to narrow the gender gap and improve women’s equality.

While green bonds have gained traction in recent years for their role in promoting the development and growth of sustainable or environmental, social, and governance (ESG) investments, orange bonds are less well known. So why orange? It is the colour of “gender equality,” one of the 17 sustainable development goals (SDGs) of the United Nations blueprint to achieve a more sustainable future for the world, said Durreen Shahnaz, founder and chief executive of Singapore-based Impact Investment Exchange (IIX), at the launch of the Orange Bond Initiative last Tuesday (Mar 8), which was also International Women’s Day.

The key founders of the Orange Bond Initiative are IIX - a leading impact investing organisation – the Australian Department of Foreign Affairs and Trade (DFAT), the United Nations Capital Development Fund (UNCDF), and global asset manager Nuveen, among others.

The coalition’s priorities are to create a set of standards for gender bonds, mobilise capital through innovative debt financing solutions, and support key stakeholders with relevant data analytics, market intelligence, and training.

An estimated 100 million women and girls are expected to benefit from the Initiative which aims to tap on the multi-trillion bond market for funds to achieve gender equality primarily and other sustainable goals such as poverty alleviation, quality education, clean water and energy, and climate action.

The first orange bond is expected to be issued by IIX in the last quarter of 2022, said Shahnaz, adding that future issuances are expected to unlock $10 billion for gender lens investing by 2030.

“We will not stop innovating finance until the world recognises the power of investing in women as the greatest untapped economic and social accelerator of our time,” she said.

The Covid-19 pandemic and climate crisis have had “regressive effects” on gender equality and the efforts to close the global gender gap have been “set back by a century,” she added, hence the need to include the gender angle into the green equation, she told AsianInvestor separately in an email interview.

She said many women in developing countries were often caught in the crosshairs of climate risks and natural disasters due to their work in the agriculture, forestry, and fishery sectors.

For example, about two-thirds of the female workforce in developing countries are engaged in agricultural work, a climate-sensitive livelihood.

As climate change and unpredictable weather patterns bring about the loss of harvests and food shortages, the health of women and girls – who are more vulnerable to such losses – decline faster than men.

Furthermore, she said that closing the gender gap worldwide could add up to $28 trillion - according to the Mckinsey Global Institute - to the global GDP by 2025, which is more than enough to close the climate finance gap.

IIX has previously listed a $30 million Women's Livelihood Bond 4 Climate (WLB4Climate) on the Singapore Stock Exchange in December 2021. The bond, which focused on the nexus between women’s livelihoods and women as agents of climate change, provides investors with diversification across countries, sectors, and borrowers. 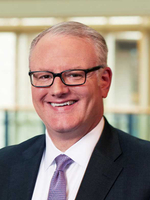 Co-founder Nuveen, a global investment company, is confident the demand for orange bonds will grow like it has for green bonds.

“Similar to how the Green Bond Principles built momentum for climate investments, the Orange Bonds will create the robust framework necessary to guide capital towards the gender-lens investing movement at scale,” said its head of ESG/Impact Stephen Liberatore.

“This new asset class will help mobilise billions so that we go beyond talking about gender lens investing to actually committing capital towards it,” he said.

Aware of the similar risk of greenwashing – the practice by companies of inflating their environmental credentials – that could also cast a shadow on Orange Bond financing, the IIX said steps are being taken to mitigate these risks.

“For instance, in addition to providing a clear set of standards and certification tools to guide both issuers and investors, the Steering Committee will also support the development of assessment tools that allow women at the last mile to verify the impact,” said Natasha Garcha, IIX’s senior director of innovative finance and gender-lens investment specialist.