A Chinese state-backed investor and a private equity firm backed by one of Hong Kong's wealthy families said they will either avoid or adopt a cautious attitude towards investing in private companies that are net export-oriented or are highly dependent on overseas markets. Chen was bullish about China’s consumer sector, thought a key trend this year would be a shift towards a consumption-led economy.

The relatively low valuations in China’s private markets also create attractive investment opportunities, fuelling the fund's optimistic outlook for the year, and that it would look at such fields as consumer staples and hard technology development, she said.

The fund was established jointly by Chinese state-owned financial institutions, including Bank of China and China Taiping Insurance, and large enterprises such as artificial intelligence company SenseTime. It focuses on late-stage venture capital and private equity investments in sectors including advanced technology, manufacturing, healthcare and consumer.

Despite her optimism, Chen identified a number of investment risks in the region, including supply chain reconfigurations as key manufacturing lines serving Western markets shift from China to Southeast Asia, as well as restrictions on China’s access to advanced technology.

“I think this will eventually affect – in the near term at least – factories’ operations in China this year,” Chen said.

The fund would exercise caution about sectors that are net export-related amid signs of a deepening decline in international trade this year due to a global economic slowdown, high interest rates and potential market liquidity pressures.

The fund is also concerned about ongoing problems in China’s property sector.

“We think the residential market is saturated, and China is facing an ageing population over time, so ... we think we will still need to observe China's property sector and see how policy will affect it in the near future,” Chen said.

To create synergies within the Greater Bay Area, the fund would encourage portfolio companies to set up research and development centres, sales centres and Asia-Pacific headquarters in Hong Kong and other parts of the region.

Echoing Chen, Ben Cheng, president and chief executive officer of C Capital, said the company was “very optimistic” about China’s consumer market, but that it wouldn’t look at companies that could not survive without foreign markets. 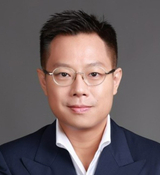 “Given 2022 has been rock bottom in terms of a valuation perspective and also an economy perspective, an entry point this year into the consumer market would make sense,” Cheng said.

Ben Cheng said that when it came to investment in 2023, his “only concern” was geopolitical risk arising from relations between China and the US.

That has encouraged C Capital to hedge risk by guiding its portfolio companies to survive on their own, if need be relying solely on customers in the Greater Bay Area and other parts of China.

“If their base case can survive or even grow in terms of size, just relying on our own economy, then that would make a good investment case,” Ben Cheng said.