“Across the three jurisdictions of Guangdong, Hong Kong and Macao, there are multiple government departments, each with their own standards and procedures. Technologies, such as blockchain, can be used to create interoperable standards, enabling data to be shared across different systems for transactions in areas such as supply chain, trade finance and healthcare,” she said.

The People's Bank of China released rules for the Wealth Connect scheme in the Guangdong-Hong Kong-Macau Greater Bay Area (GBA) on September 10, and the rules came into effect on October 3.

Since then, the Hong Kong Monetary Authority said 20 banks in Hong Kong had applied for permission to sell over 100 investment funds to mainland investors. 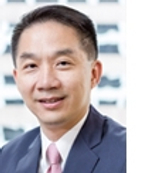 “We should bear in mind that these are very early days for the scheme. It took around six months for demand to build up when the Shanghai/Shenzhen-Hong Kong Stock Connects were first launched,” James Tam, banking and capital markets leader at PwC Hong Kong, told AsianInvestor.

“The launch of Wealth Connect has also been impacted by the current closure of borders, which has restricted account opening for northbound customers and therefore held back growth,” he added. News reports suggest that a controlled re-opening of the border could take place early next year.

“The undoubted success of the Stock Connect schemes, as well as the various quota schemes, shows that there is clear appetite, northbound and southbound, and at both retail and institutional levels, for exposure to new markets. For example, global holdings of Chinese stocks and bonds have increased by $120 billion so far in 2021,” Tam noted.

“Once regulators are satisfied that processes are operating smoothly, we hope to see the roll-out of a second phase with a greater choice of products, as well as quota levels that will attract high net wealth individuals and family offices,” Tam noted.