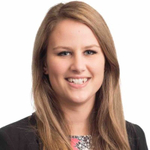 Barns will be responsible for informing the decisions of the super fund on ESG considerations in its investments and operations.

She joins the fund from the Australian Council of Superannuation Investors (ACSI) where she was manager of ESG engagement. Barns brings with her expertise in climate risk and research on how super funds and their investee companies should approach climate change, decarbonisation and transition plans.

Before her six years at ACSI, Barns began her career at the Australia Arab Chamber of Commerce and Industry. She will be based in Melbourne in her new role. LK Re, the reinsurance arm of Korea’s LK Insurance Services, has set up a new office in Singapore to secure its general reinsurance broker licence from the Monetary Authority of Singapore (MAS) that it obtained in November 2021.

LK Insurance Services in Seoul has their own reinsurance arm under the brand. However, for the Singapore office, it is branded under LK Re as a subsidiary, a spokesperson told AsianInvestor. The Singapore office officially opened on September 7. Kim Hyung-kul is the CEO of LK Re. Prior to his appointment in Singapore, Kim was based in Seoul.

With this move LK Re wants to expand into Southeast Asia. This follows the 2020 setup of LK Vietnam Insurance Broker Company, the group’s subsidiary in Ho Chi Minh City, where it was the first South Korean insurance broker to set up an overseas operation in Vietnam.

At present, LK Re has eight employees in Singapore and plans to double its revenue in the next three to five years as it expands its team, according to the spokesperson. Hong Kong’s eMPF Platform Company which oversees the city’s pension scheme’s digital transformation, announced on Friday (Sep 9) the appointment of Eric Lui Chi-kin as chief executive officer (CEO) and executive director for a term of three years with effect from the same day, after the approval of Hong Kong government and the Mandatory Provident Fund Schemes Authority (MPFA).

Lui started working on the eMPF Platform project as project director in October 2021 and acting as CEO and executive director since December 2021, MPFA said in an announcement.

Lui is a seasoned executive with over 35 years of experience in managing digital transformation projects with track records for large enterprises and public organisations in mainland China, Hong Kong and Southeast Asian countries. His project experiences span different industry sectors including finance, manufacturing, retail, insurance, rail and maritime transport. Apart from being an IT veteran, he also possesses qualifications in accountancy, system audit, law, transport and logistics.

The eMPF Platform is Hong Kong’s pension fund infrastructure announced in 2021, which aims to automate the existing MPF scheme administrative processes for all fund managers and members.

The project is targeted for completion by the end of 2022 at the earliest. Following system testing to be conducted early next year, onboarding of MPF schemes to the platform by phase will start in mid-2023, and the platform will be fully functional in 2025, chairman of the MPFA Ayesha Macpherson Lau said in the announcement. IFM Investors, a global investment manager owned by Australian pension funds, has announced the appointment of Luba Nikulina as its inaugural chief strategy officer (CSO), with effect from September 2022.

As IFM Investors’ first CSO, Nikulina will join the global executive team and will be based in London. She is responsible for leading the development of the firm’s global strategy with a focus on private markets solutions tailored to the needs of Australian and global pension funds and their members.

She was most recently at WTW in the position of global head of research, where she advised some of the world’s largest asset owners on strategy, governance and investments, while managing a team of over 100 analysts. Nikulina is largely responsible for establishing WTW’s private markets capabilities.

WTW did not provide any comment to AsianInvestor on Nikulina’s replacement at the time of publication.

FORMER PING AN AM CIO BECOMES CEO OF FOSUN AM Zhang joined Fosun in 2021, and is now the CEO of Fosun Asset Management, his profile on the website showed, without further details.

The company did not immediately reply to request for comments.

Zhang has over 20 years of experience in the asset management industry. He worked in many senior roles including senior investment advisor at China’s National Social Security Fund, public equity investment head at China Investment Corporation, and was the chief investment officer (CIO) of Ping An Asset Management until October 2019.

Fosun Asset Management, a wholly owned subsidiary of Fosun International, was founded in 2013 and managed $4.5 billion of assets as of November 2020 across fixed income, equity, and alternative assets.

Gao replaced former chairman Zhou Chun, who left on Monday for “work adjustment”, the company said. But he remains vice president of the parent company Changjiang Securities, according to its website.

As of the end of 2021, Changjiang Asset Management managed $10 billion of assets.

Gao has over 20 years of experience in China’s financial industry. He worked for Citic Securities for 20 years since 1997, serving senior roles in different departments including investment banking and fixed income before leaving in 2017. Since then, he was active in macroeconomic research across different academic and public institutions in China. BNP Paribas Asset Management has announced the appointment of Mike Nikou as its CEO and head of distribution for Asia Pacific, with effect from September 15.

Nikou succeeds Steven Billiet, who has continued to serve as the firm’s Asia Pacific head since being appointed as head of global client group in August last year.

He will eventually relocate to Hong Kong for the position but will begin his appointment from the firm’s Singapore office.  Nikou will report to Steven Billiet, and regionally to Paul Yang, head of BNP Paribas Asia Pacific.

Building on his predecessor’s achievements, Nikou will be responsible for reinforcing the firm’s sustainable investment strategy and lead its distribution activities for wholesale and institutional sales in the region. He will also focus on the firm’s expansion in China.

Nikou was most recently a global partner at Antler, an early-stage venture capital firm that invests in emerging technology. He also spent over 20 years in senior roles at Fidelity International where he developed business strategies for the retail and institutional segments across multiple countries and regions, including Asia Pacific. Paul Milon and Tina Chang have been appointed director and associate director, sustainable investing. Both will be based in Hong Kong and will work closely with Fidelity’s investment team to help further embed sustainability considerations into investment process.

Milon reports to Gabriel Wilson-Otto, head of sustainable investing strategy. He joined Fidelity in August from BNP Paribas Asset Management, where he spent the last 14 years and was most recently head of stewardship, Asia Pacific until June.

A spokesperson of BNP Paribas Asset Management told AsianInvestor that the firm has identified Milon's successor, who will be joining in early October. The firm said it will share more information closer to the date of the incumbent's appointment. On the other hand, Chang, as Fidelity’s new associate director for sustainable investing, will play a key role in partnering with the firm’s research function to further embed the firm’s proprietary sustainability ratings. She will also support engagement and voting activities with investee companies across Asia.

Chang will report to Flora Wang, head of stewardship, Asia. Chang will join Fidelity in mid-September from BlackRock, where she was vice president, Greater China stewardship.

A BlackRock spokesperson told AsianInvestor that BlackRock Investment Stewardship APAC is in the process of filling Chang’s role, and has made 10 additional hires across Japan, Korea, Australia, Greater China, and Southeast Asia since 2021, bringing its dedicated team across the region to 21 members with plans to further expand in the coming months. HSBC Asset Management (HSBC AM) has appointed Victoria Sharpe as head of real assets and Scott McClurg as head of private credit for its alternatives division, HSBC Alternatives.

Sharpe will be responsible for the strategic development and management of the real assets proposition which today consists of direct real estate teams and listed infrastructure equity teams. She will assume the role from Joanna Munro, who has been acting head of real assets, in addition to her role as CEO, HSBC Alternatives.

Sharpe joined in 2021 as head and CIO of real estate in Asia Pacific and will retain these responsibilities in her expanded role, which she will begin this month. She is based in Singapore and reports to Munro. McClurg will join HSBC AM on 1 October. In this newly created position, he will be based in London and responsible for the strategic development and management of the private credit business, which encompasses the direct lending and infrastructure debt propositions.

McClurg joined HSBC in 2010 and has held various senior positions across commercial banking where he was most recently head of leverage finance in the UK. Prior to this, he was head of energy and sustainability. Oh Inn-chul has joined as director and head of Korea at private debt firm Deerpath Capital Managements, starting from September  5 according to spokesperson.

Oh joins from Hyundai Fire & Marine Insurance where he was senior manager of the private equity team. Prior to this, Oh National Agricultural Cooperative Federation (Nonghyup) where he established a global private equity platform, according to his LinkedIn. He has also worked in the Korean offices of Allianz Life, Prudential Corporation Asia and Credit Suisse Asset Management. New Forests has created a new business division called New Agriculture to grow its agriculture portfolio globally, starting in Australia and New Zealand and has made four key appointments to this team, all with effect from September 1.

New Agriculture will also manage the Lawson Grains 100,000-hectare aggregation, which was acquired by New Forests and Alberta Investment Management Company (AIMCo) earlier this year. The main objective of this new division is to manage these assets for market leading investment returns through sustainable agricultural production. Bruce King joins as director of agriculture, Ben Mason as portfolio manager, Ben Pickles as manager of operations, along with existing team member Jamie Lord as manager of investments to round out the four new appointments.

King will report to Mark Rogers, senior managing director for Australia, New Zealand and the United States for New Forests. King was most recently chief executive officer of Regional Investment Corporation in Australia, where he was responsible for overseeing A$3 billion in financing for a range of investments in the sector. Before that he was an investment manager for Blue Sky Alternative Investments. King also spent 13 years at Rabobank International in a variety of roles including head of agribusiness risk and treasury management, and head of rural treasury sales. Mason brings extensive experience working in private and public sectors, having most recently spent four years at Roc Partners as vice president of agriculture. He was previously an associate director at PwC working in the food and agribusiness advisory team. Before that, Mason was a senior policy manager at New South Wales Farmers Association.

Pickles joins the team from Kilcoy Global Foods where he was finance business partner for its operations and investments with the firm operating in Australia, China and the United States. Prior to that, he held similar roles with some of Australia’s largest land and water holders including Hassad Australia and MSF Sugar.

Lord has been with New Forests since 2013, giving him almost 20 years’ experience in agricultural investment. During his tenure, Lord has been managing the operations and growth of New Forests’ existing portfolio of agricultural assets and has been responsible for divesting properties from forestry to agricultural markets. He also took the lead in the successful Lawson Grains transaction.