Xu had been chair of New China Life since January 2021 and resigned for career-related reasons, the filing said. His resignation was made effective immediately. Kyobo Lifeplanet Life Insurance has appointed Kang Tae-yoon as the new CEO to lead the company for the next two years. His term is slated to end in September 2024.

Kang's appointment ended the era of the firm's long-serving former CEO, Lee Hak-sang, who led the company during the past decade, since the firm's official launch in 2013.

Kang started his career at Kyobo Life Insurance in 1997, assuming various roles ranging from being on an e-business taskforce to strategic business planning. He has been working at Kyobo Lifeplanet since 2013 and is known for his achievements in digital management innovation during that period. Prudential Financial has appointed Motofusa Hamada as CEO of its Japanese insurance operations, effective January 1, 2023. He will succeed Mitsuo Kurashige, who will retire at the end of this year, and report to Scott Sleyster, executive vice president and head of Prudential’s international businesses, a spokesperson told AsianInvestor.

Hamada was appointed to his soon-to-be previous role as president and CEO of Prudential Life Insurance Company of Japan in 2018. Kan Mabara will succeed Hamada as the next company president and CEO, the spokesperson said. Kurashige, who will retire after 11 years as head of the Japan business, will remain with the company in a directorial capacity. He joined Prudential Life Insurance Company in 1991 and became head of its actuarial department in 1994, before being appointed senior vice president, chief financial officer and chief actuary of Prudential of Japan that same year.

Kurashige later served in several senior roles before becoming CEO of Gibraltar Life Insurance in 2007. In 2011, he became representative director, president and CEO of Prudential Holdings of Japan and was named chairman and CEO in 2016. David Macri will resign as Australian Ethical's chief investment officer at the end of the year after 11 years in the role.

Macri has been with Australian Ethical for almost 14 years in total, having first joined the super fund in January 2009 as an equities analyst and portfolio manager.

He has been credited as being instrumental in growing the fund’s assets under management from around A$600 million in 2009 to more than the A$6.2 billion it holds currently.

A spokesperson for Australian Ethical told AsianInvestor that a global search is now underway for Macri's replacement. The Organization Department of the Central Committee of the Communist Party of China has appointed Qiu Yong to head the Shanghai Stock Exchange (SSE) as chairman and party secretary, the highest leadership of state-owned companies in China, the China Securities Regulatory Commission announced on Sep 22.

Qiu has extensive experience working in local bureaux of CSRC, including Guangdong, Xiamen, and Hunan, before becoming a senior leader of CSRC in 2020.

Former chairman and party secretary Huang Hongyuan will become vice president and a member of the party committee of Bank of Communications, local media reported this week.

Huang joined SSE in 2011 as vice president from CSRC and rose to top leadership in May 2018. In her new role, Ueda will partner with business leaders regionally and globally to formulate and execute the firm’s strategy to support clients across APAC.

As APAC head of product, Angara will be responsible for leading platform initiatives on product creation and implementation to provide the regional and global investment offerings. She most recently served as chief investment officer at Caravel Asset Management in Hong Kong. Prior to that, she was co-head of Morgan Stanley’s proprietary investment special situations group for Asia ex-Japan. Natixis Investment Managers has appointed Dora Seow as CEO for Singapore, effective October 10. She will be based in Singapore and will report to Fabrice Chemouny, head of Asia Pacific.

Dora Seow succeeds Madeline Ho who left the firm in July to pursue other opportunities, a spokesperson told AsianInvestor.

Seow joins Natixis IM with more than 20 years of experience with Franklin Templeton holding different roles, most recently as country head for Singapore, a role she left in January 2022, a spokesperson told AsianInvestor. Prior to that, she was head of distribution.

The spokesperson elobarated that instead of naming Seow's succesor, Franklin Templeton, whose co-head of Asia Pacific, Tariq Ahmad, is based in Singapore, earlier this year, realigned its organization structure in Asia to move away from a single country model to a structure focused on its institutional and retail channels regionally.

BNP PARIBAS AM HIRES HEAD OF STEWARDSHIP FOR APAC BNP Paribas Asset Management has announced the appointment of Jane Karen Ho as head of stewardship for Asia Pacific, within its global sustainability centre effective from October 3.

Ho will be based in Singapore and report to Michael Herskovich, global head of stewardship and regionally to Angelia Chin, chief executive in Singapore.

In her new role, Ho will be responsible for leading the firm’s stewardship activities in APAC — which will  include researching key corporate governance issues, undertaking direct and collaborative engagement on sustainability’s thematic, and working with policymakers on key issues relating to sustainable finance.

She has over twenty years of experience in financial services and the investment management industry and joins the firm from the Asia Investor Group on Climate Change (AIGCC), where she was the director of investor practice. Prior to AIGCC, Ho was an equities portfolio manager at JP Morgan Asset Management for more than ten years. 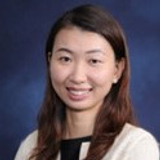 The newly created role is a part of the strategic plan of Sun Hung Kai & Co.’s fund management business to continue building out its distribution capabilities, the firm told AsianInvestor.

The firm held about HK$49 billion ($6.2 billion) in total assets as of the end of June. It was detached from the founders in 1996, when Allied Properties (HK), a subsidiary of Allied Group, acquired the company.

Prior to joining Sun Hung Kai & Co., she was managing director at Greenwoods Asset Management where she oversaw business development and investor relations activities globally. Before that, she was managing director and head of institutional business at Value Partners. Previously, she also held various senior roles in Morgan Stanley, Blackrock, Merrill Lynch, SAIL Advisors and LCW Management.

This article has been updated to reflect that Sun Hung Kai & Co. has detached from the founders since 1996.