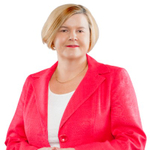 After more than 20 years with the Queensland Investment Corporation (QIC), Susan Buckley will step down as managing director of the liquid markets group

QIC's director of fixed income Beverley Morris has been appointed acting head of the liquid markets group. Buckley will coordinate with Morris on a thorough handover as she transitions out of the business.

Morris joined QIC two decades ago from the Bank of England where she worked as an economist. Prior to that she was an economist at the Queensland Treasury. Both Wong and Hung will be based in Hong Kong, reporting to Paul Griffiths, global head of institutional business and Daisy Ho, chief executive officer, Asia-Pacific and Hong Kong.

Wong, as the newly created head of institutional business, North Asia, will be responsible for spearheading the institutional sales team in North Asia with a focus on Hong Kong, mainland China, Taiwan, Korea and Japan. In addition to taking the lead in capturing opportunities and strengthening collaboration with multiple bank channels, she will also be responsible for the client servicing functions in Hong Kong. Separately, Hung, as head of pensions and retirement, Hong Kong, another newly created role, will focus on the pensions and retirement segment in Hong Kong, specifically responsible for growing the Mandatory Provident Fund business in partnership with HSBC Trustees and HSBC Pensions. She will also be responsible for covering and developing local Occupational Retirement Schemes Ordinance Pension key clients.

A veteran in the asset management industry with over 18 years of experience, Hung joined HSBC Asset Management from Value Partners Group in 2017 and led the private bank sales team in Hong Kong with a remit to expand the business footprint with both HSBC Global Private Bank and external private banks. AsianInvestor had previously broke the news that he was to leave Nuveen in September. Nuveen declined to comment at the time.

Chui has officially joined Partners Group as the head of private wealth in Asia Pacific as of September, a spokesperson confirmed with AsianInvestor.

He will report to Christian Wicklein, managing director and co-head of private wealth. He will be responsible for expanding the decade-old team across Asia Pacific, the spokesperson said, while declining to comment on how large the team is.

He replaces Victor Jung who left the firm in June after nearly a decade with the company. He is now the managing director and head of digital assets at Hamilton Lane while based in Switzerland.

Koh will be based in Singapore and joined the firm in August, a spokesperson told AsianInvestor. She reports to vice-chair and head of Asia Juan Delgado-Moreira.

The Singapore office has eight professionals employed, up from just two last year. It has further plans to hire more people “in various capacities in investment roles”, the spokesperson said without specifying how many.

Before joining BlackRock, Kerrine was responsible for business and product development for alternative investments at UOB Asset Management and held credit analysis and strategic investment roles within United Overseas Bank. 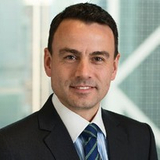 Ben Sheehan, abrdn’s senior investment specialist focusing on Asian equities, has left the firm this week after three years in the role, taking a break while looking for new opportunities, he announced on his LinkedIn.

Sheehan joined abrdn in February 2019 in Hong Kong for a newly created senior equity investment role, working with the company’s Asia Pacific equities and distribution teams to ensure investment knowledge transfer internally and externally, and help drive its commercial strategy. He relocated to Brisbane later in the role.

The firm said it is making an internal transfer from London with global emerging market and Asian equities experience to fill Sheehan’s position. It is also looking to add an additional headcount to the team, which will double the size of the equities investment specialist team in Asia, a spokesperson told AsianInvestor.

Prior to abrdn, Sheehan worked at HSBC Asset Management for nearly 12 years in various positions, including senior product specialist for Asian equities and associate director for client services. 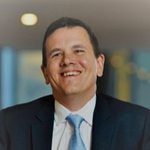 American Century Investments has made a number of senior appointments in the Asia-Pacific region with the aim of enhancing its growth in this key region.

Tom Clapham has been appointed head of APAC, following the retirement of Tony Archer, and will relocate to Sydney from Singapore.

Elizabeth Trinh, who was previously head of Australia and New Zealand for American Century Investments, has been appointed to the newly created role of head of Hong Kong and South East Asia. 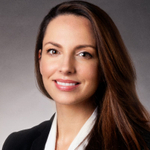 Trinh has been with American Century since 2010. Before that, she was 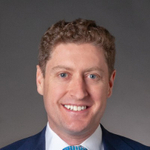 with Macquarie Group where she was an associate manager, and she has also worked as a tax consultant at KPMG. In the newly created role, she will now be responsible for further expanding the company’s actively managed investment capabilities in the southeast Asian markets.

Kidd has 15 years’ experience in the Australian institutional market, joining American Century from Affiliated Managers Group where she worked for seven years in senior distribution roles.  She has also worked with Investors Mutual as manager, research and institutional business.

McKibbin has been with American Century Investments for over three years and will relocate to Sydney from New York where he was vice president, global strategic relationships, focusing on Latin America. He joined American Century from State Street Global Advisors where he was head of ETF Managed Portfolio Solutions for the US SPDR ETF Business.