Based in Hong Kong, Wong will be overseeing all TLB's global operations, covering new business, underwriting, customer service and claims. He will also focus on driving TLB's operational and digital transformation. In this newly created role, Wong will report to Chirag Rathod, CEO of TLB, a spokesperson told AsianInvestor.

Wong joins TLB with over 25 years of experience across multiple industries, out of which, 18 of those years were focused on IT and operations in financial services. Having worked in AIA Hong Kong, ING,and FT Life, he was most recently at Taikang Life, where he was responsible for setting up IT, new business, underwriting, customer service and claims. Takiang's Hong Kong office did not respond to AsianInvestor's inquiries about when Wong left and who has replaced him. Jason Huang has been named as the new head of cash, fixed income and credit at Brighter Super, he will be based in Sydney.

Huang was most recently a senior portfolio manager at ANZ Private Banking, where he was responsible for investment research, governance and fund manager review across several asset classes.

Prior to that, Huang spent seven years at Sunsuper as an investment manager where he was responsible for investment research, strategy implementation and asset allocation within fixed-income, cash and cash-plus asset classes.

He has also worked as an assistant portfolio manager and trader in Principal Global Investors' fixed-income team from 2007 to 2011. 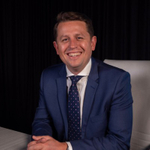 UniSuper has appointed Andrew Gregory as head of financial advice and education. He commenced the role earlier this month and is based in Melbourne.

He is now responsible for education and guidance with the aim of driving engagement and satisfaction. In his role, Gregory will develop and implement the fund's advice strategy and explore the potential of cost-effective digital advice solutions.

Gregory has been the chief executive of Arrow Private Wealth for the last year. Before that he was general manager of MLC Advice for over two years. He was also formerly the head of financial planning for AMP Financial Planning and Hillross. 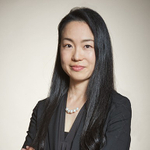 Fidelity International has appointed Satoko Asai as the firm’s new director, institutional business, she will continue to be based in Melbourne.

Asai will report to Tim Connolly, head of Fidelity's institutional business, and will work alongside the firm’s investment and sustainable investing teams to support the delivery of sustainable solutions to institutional investors.

Bringing over 17 years of experience to the role, Asai joins Fidelity from U Ethical where she worked across both the wholesale and institutional distribution channels. Prior to that, she also worked at the Principles for Responsible Investment in Melbourne, and spent five years as part of Schroders’ institutional team in Tokyo. 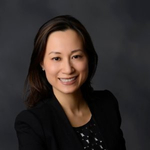 Chan assumed the position on September 1 and takes over from Nick Trueman who has become the new firm’s new head of Europe, Middle East and Africa Distribution.

In her new role, Chan will continue to build on and execute the multi-year growth plans set forth by her predecessor in Asia Pacific. These growth plans entail building a sustainable and diversified business to service its client base of institutional investors and financial intermediaries.

Chan joined T Rowe Price in Hong Kong in 2015 to build out the financial intermediaries business in Asia, later taking on an expanded role as head of Asia ex-Japan distribution in 2018. Prior to joining the firm she was managing director at UBS Global Asset Management, where she lead distribution and product teams. 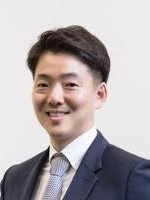 Lee has reportedly decided on the move to Goldman Sachs and has submitted a resignation letter to TPG. Goldman Sachs has been looking for a new PE head of the Seoul office since former head Lee Jay-hyun transferred to Samsung Securities in June 2021. Goldman Sachs in Korea did not respond to AsianInvestor's inquiries about the hire.

Lee Seung-june started his financial career in 2000 as a consultant for accounting firm Samil PwC and worked for Citigroup Global Markets. He worked at Goldman Sachs from 2006 to 2014. He became a principal at TPG Seoul office in 2014 when the Texas-headquartered investment firm re-entered the Korean market. When asked by AsianInvestor about Lee's departure date or who would be taking over his responsibilities, a TPG spokesperson declined to comment. Edris Boey, the head of ESG research at multi-family office Maitri Asset Management, has left her position. Her last day was October 25, and the company is still searching for a replacement, a spokesperson told AsianInvestor.

“The last 3.5 years at Maitri Asset Management has been an amazing ride, not just because I was well taken care of being a part of Tolaram, but also because my personal aspirations and the ambitions of the organisation were very much aligned,” Boey wrote on LinkedIn.

Boey had been with the company since April 2019 when she joined as ESG practice lead. She was promoted to head of ESG research in January 2021 and has been a spokesperson for the firm, sharing insights about ESG investing. The Australian Prudential Regulation Authority (Apra) has announced that John Lonsdale will take over the role of APRA chair from October 31.

Lonsdale has served as deputy chair since 2018. He will be replacing Wayne Byres, who has decided to step down after eight years in the role and nearly 25 years with Apra.

Under Lonsdale’s leadership, Apra will remain focused on fulfilling its mandate and ensuring that Australia has a strong and resilient financial system.

In addition, Margaret Cole who is currently an Apra member, has been appointed deputy chair; and Suzanne Smith and Therese McCarthy Hockey, currently both Apra executive directors, have been appointed as new Apra members, with all appointments effective as of October 31.

In addition to her new role, Cole will continue to oversee Apra's superannuation activities. Her predecessor and current deputy chair Helen Rowell will be responsible for general insurance, Smith will look after life and private health insurance, and McCarthy Hockey will oversee banking.

Following the changes to Apra’s board, four out of five members are now women.

Yarra Capital has appointed Erin Kuo as its first chief sustainability officer, with effect from October 27.

Based in Melbourne, Kuo has over 15 years of experience working within the sustainability sector. She will lead Yarra’s corporate sustainability and work closely with the firm’s investment teams to support best practice environment, social and governance (ESG) integration into its investment processes.

Kuo most recently worked as a consultant, advising fund managers and family offices on ESG matters. Prior to that, she was chief impact officer at Impact Investment Group. She has also worked with Impact Investing Australia and Pacific Corporate Group.

Vanguard Australia has appointed John Oberlies as its new chief financial officer (FCO), he will be based in the firm’s Melbourne office with the rest of the executive team.

Oberlies joined the firm in 2014 as a financial analyst and currently holds the title of director of financial planning and analysis. Prior to Vanguard, he worked at Energy Plus and Procura Management.

He replaces former CFO Johanna Platt who has announced that she will be leaving the group to explore other opportunities. 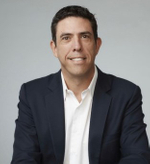 Carlyle has appointed industry Geoff Hutchinson as its new managing director and head of private equity in Australia and New Zealand. He will be based in Sydney.

Hutchinson is tasked with building Carlyle's presence in Australasia and is now responsible for leading the investment advisory team. He will also oversee investments across the firm's priority sectors of consumer, healthcare, technology, and financial services across the region.

With over 15 years of private equity industry experience, Hutchinson joins Carlyle from Morrison & Co, where he was co-head for Australia and New Zealand.

Prior to that, he was managing director at Pacific Equity Partners, where he worked for almost 14 years, leading and executing multiple private equity deals across the consumer, healthcare, education, and business services sectors. Caisse de dépôt et placement du Québec (CDPQ) announced the appointment of Martin Longchamps as executive vice president and head of private equity on October 24. He will be based in the fund’s Montréal office.

Prior to joining CDPQ, Longchamps was managing director, head of origination and execution, private equity, for PSP Investments. 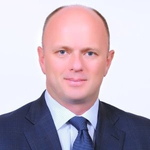 Providence Wealth Advisory Group has appointed Marc Wait as its head of investment strategy. He will be based in Sydney.

Wait has been on the investment committee of Providence Wealth Advisory Group for the last three years and has been a private investor since returning to Sydney. He is also a former sovereign wealth fund executive, most recently as head of treasury at the Abu Dhabi Investment Authority (Adia) where he was involved in running portfolios and selecting managers.

Before joining Adia, Wait worked as a portfolio manager for HSBC and Citigroup Global Asset Management. He was also a group leader for short dated bonds at Fidelity in London.