The Monetary Authority of Singapore (MAS) has appointed Gillian Tan to the position of chief sustainability officer, effective October 17. She replaces Darian McBain who joined MAS last year and will leave the central bank in December “to pursue other interests”, MAS said in a statement.

McBain will assume an advisory role from October 17 until her departure from MAS.

In her new role, Tan will lead an expanded sustainability group and work closely with other groups within MAS to build a sustainable finance ecosystem, contribute to the region’s net zero transition, and strengthen the climate resilience of Singapore’s financial services sector. Tan will take on the new role in addition to her current role as assistant managing director for the central bank’s developmental and international departments. In her role as assistant MD, she oversees strategies to develop Singapore as an international financial centre, including sustainable finance capabilities and solutions.

He will continue to be based in Singapore. A Tolaram spokesperson confirmed his departure with AsianInvestor and said his last day with the firm was August 30. Chief investment officer (CIO) Ankit Khandelwal, who has been with the company since 2017, has been promoted to become the firm's new chief executive.

Tibrewal was responsible for launching and growing Maitri Asset Management. He shaped the family office into its present form, which places emphasis on responsible investing. He has held various leadership roles within the Tolaram Group across strategy, energy, corporate finance, financial services and so on.

IFM INVESTORS APPOINTS NEW DIRECTOR TO ITS BOARD

Ming Long has been appointed as an independent director, growing the board's private markets expertise, with effect from November 1.

With Long’s appointment, the IFM board comprise a female majority. 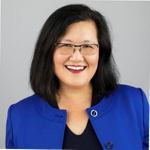 Long has had a multi-decade career as an executive of listed and unlisted companies, including fund managers, as well as significant board experience, with a strong track record in leadership, strategy, finance and governance.

As a current chair of AMP Capital Funds Management, she has been a trustee for up to $100 billion assets under management, with a particular focus on infrastructure and real estate. She will retire from this role on October 31.

Prior to AMP, Long held a number of senior executive positions at Investa Property Group including chief financial officer, joint managing director and fund manager between 2005-2016. She is also chair of Diversity Council Australia and on the board of QBE Insurance (Auspac), and the Committee for Economic Development (CEDA). UniSuper has appointed Toby Bourke to expand its in-house trading and execution capability with the appointment of trader at its Australian Equities team, starting October 10.

Based in Melbourne and reporting to Penny Heard, head of global equities and quant methods, and working with UniSuper's trading and execution manager John Hood, Toby will be responsible for the execution of UniSuper’s A$41 billion ($25.8 billion) internal direct equities portfolios, a task he takes over in his newly created role from Hood, a spokesperson told AsianInvestor.

Bourke joins UniSuper from Bell Asset Management, where he was based in Melbourne and head of trading for three years. He left Bell Asset Management on October 7 and the firm is currently recruiting for a "suitable replacement", a spokesperson told AsianInvestor. Bourke also has extensive trading experience through his roles in London, including with Balyasny Asset Management. Lawrence Hanson has been appointed as the new managing director of Fidelity's International's Australian business, with effect from October 1. He is currently based in Singapore.

His appointment comes following the resignation of Alva Devoy who had held the position since October 2016 and was with the company for a total of eight years. Devoy will return to Europe, having spent the last 13 years in Australia.

Hanson was most recently head of South East Asia and MEA. In his new role he will also retain responsibility for Fidelity's Asia Pacific ex Japan institutional business.

Hanson has been with Fidelity for 15 years in both the UK and Asia. He's also previously spent several years at UBS Global Asset Management. He has over 20 years' financial services experience serving clients across globally and in Asia. In his role as executive director and CEO of the local entity, Allspring Global Investments (Singapore), Tan will supervise day-to-day operations and work to build the company's presence in this key market. He joined the firm on Sep 1. Both roles are newly created.

Tan has extensive experience analysing and investing in companies in Asia and emerging markets combined with deep knowledge of the Singapore market. Before joining Allspring, he was lead portfolio manager for Asia equity strategies at Natixis Investment Managers until July this year. Before that role, he was a research coordinator and lead analyst for Greater China, North Asia and Australia and a global emerging markets ESG coordinator with Natixis. The appointment is to further strengthen the firm’s global geopolitical capabilities and expand its client offer in cross-border public affairs and transactions, risk and issues management, C-suite advisory and senior strategic counsel to board leaders.

In his new role, Yan will focus on Hong Kong, mainland China and the US and will work closely with FGS Global’s geopolitical and corporate reputation teams worldwide, building ties between regions and providing Chinese, US and multinational clients with cross-border counsel. He will be based in Hong Kong.

Yan built his career in China and the US over the last 30 years, most recently as operating partner at North Asia’s buyout firm, MBK Partners. Prior to that, he was a senior advisor to Europe’s private equity company, Eurazeo.

Yan has served on the board of directors of Las Vegas Sands, Alibaba Health, Shenhua Holdings, and Cambridge Industries. Other leadership roles have included senior executive positions in public and regulatory affairs at Microsoft, Qualcomm, Oracle and AT&T/Lucent. He also led Nielsen’s and SGI’s growth and success in the Greater China Region as their President.