Former Macquarie Bank chair, Peter Warne, will join UniSuper’s board as an independent non-executive director from January 1, 2023. He will also step into the role of chair of the over A$100 billion ($67.72 billion) fund’s investment committee, the fund announced on Tuesday (November 15).

Warne’s appointment follows the announcement last month that Mark Armour will take over the UniSuper chair role when current chair, Ian Martin, retires at the end of the year. Armour is the current chair of the investment committee.

Warne, who trained as an actuary, has had a career in financial services spanning over 40 years. He recently retired as Macquarie Group chair after 6 years in the role and 15 years as a director.

Throughout his career, he has served on the board of a number of ASX listed and private companies, including ASX Limited and T Corp, Prior to this, Warne had an executive career at Bankers Trust Australia Limited, where he headed the global financial markets group.

STATE SUPER APPOINTS DIRECTOR OF THE BOARD Russell Mason has been announced as the new director on the State Super Board, according to an announcement on Thursday (November 17).

He commenced his four-year term in November. He will continue to be based in the greater Sydney area.

Mason has over 40 years of advisory experience in the superannuation industry, most recently as a partner with Deloitte for 11 years where he was the lead superannuation advisory partner since 2021.

Deloitte did not respond to AsianInvestor’s request for comment on Mason’s replacement at the time of publication.

Before that, Mason held senior roles at Mercer for 24 years and was a director of the Association of Superannuation Funds of Australia (ASFA). 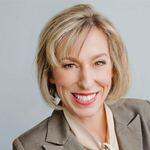 Spirit Super chair, Naomi Edwards, will finish her term with the fund on November 30, as she approaches 12 years as a director, according to an announcement on Tuesday (November 15).

Chief Executive Officer Jason Murray has also announced that Maria Wilton will be the fund’s new chair with effect from December 1, 2022.

Edwards was Tasplan's chair since 2011, continuing in the role following its merger with MTAA Super. Among her achievements at Spirit Super, Edwards oversaw the successful mergers between Quadrant Super, Tasplan Super, RBF Fairbrothers Super and MTAA Super, and lead the growth of the fund from A$1.5 billion to A$25 billion ($16.8 billion).

It was recently reported that Spirit Super was exploring another merger, this time with CareSuper. Taking over from Edwards, the new Spirit Super chair Wilton is a respected global investment manager with rich experiences in the superannuation sector.

She currently serves as director of the Victorian Funds Management Corporation, deputy chair of Infrastructure Victoria, board governor of the CFA Institute, member of the Queensland State Investment Advisory Board and external director of the Dexus Wholesale Property Fund. NGS Super chair Dick Shearman will retire at the end of 2022, following 10 years of service on the board of the industry super fund for teachers in non-government education and community organisations, the fund announced on Tuesday (November 15).

Shearman joined the board as a member-representative director in 2012 and was appointed as chair in the same year. During his tenure, Shearman played a pivotal role in NGS Super’s growth from A$4.4 billion to A$13 billion in assets. He also oversaw the UC Super and QIEC Super merger.

Deputy chair Geoff Newcombe will be interim chair while the board recruits for an independent chair, and director Georgina Smith will act as deputy chair. Director Terry Burke has also been appointed as the chair of the investment committee. Guo started the new role in August. He will be a senior leader within the Singlife investment office, which was established in January 2022 following the merger of Aviva Singapore and Singlife. The team’s responsibilities include asset allocation, portfolio optimisation, manager selection and product solutions.

Guo has over two decades of investment experience across multiple asset classes which he accumulated from senior roles in the US, China and Hong Kong. He specialises in quantitative finance and risk management.

Prior to joining Singlife, Guo was the director and deputy chief risk officer of University of California’s Regents Chief Investment Office, the pension and endowment arm of the institution, for over six years until August 2022. Before that, he also held senior positions at ING Investment Management, and Shanghai Pudong Development Bank. After more than 17 years with Schroders, Susan Soh, CEO of Asia Pacific, will retire from the firm at the end of 2022. Soh will remain in a part-time senior advisor role at Schroders. Succeeding Soh in the role of CEO of Asia Pacific is Chris Durack, who re-joins Schroders. He previously spent 10 years at Schroders in various leadership roles, including CEO in Hong Kong, Australia and most recently as co-head of Asia Pacific.

Durack will assume the role from January 2023 and will be based in Singapore. He reports to Lieven Debruyne, global head of distribution, a spokesperson told AsianInvestor.

He has most recently been non-executive director on the board global fund manager and Industry Super-owned IFM Investors since February 2022. Durack stepped down from the board of IFM Investors on July 29, "following his acceptance of an executive position based offshore", a spokesperson told AsianInvestor. In October, Ming Long Am was appointed to the IFM board as an independent director. Amy Cho, CEO, Hong Kong and deputy head of Asia Pacific, has decided to pursue her aspirations outside the company. Cho will transition her responsibilities in early January 2023. Additionally, Mirchandani will take on the newly created role at Schroders as head of strategy, Asia Pacific, where she will work with the leadership team to identify new business opportunities and partnerships to accelerate growth across the region.

Following Mirchandani’s departure from NNIP on December 8, Daphne Chan, CEO of Goldman Sachs Asset Management Singapore and head of South and Southeast Asia client business and Asia ex Japan retail client business, will step into the role of CEO of NNIP in Singapore temporarily, as a part integrating the two organizations, a spokesperson told AsianInvestor.

A lawyer by training, Mirchandani held senior legal and compliance roles in the Monetary Authority of Singapore, Deutsche Asset Management and Fullerton Fund Management prior to taking on broader business roles. Meanwhile, Szu Yi Chin was appointed to the newly created role of head of distribution, Asia Pacific at Schroders on October 1. Based in Singapore, she will work closely with distribution, product and marketing teams in the region. Chin reports to Chris Durack.

Chin was previously with Schroders for 12 years, where she was responsible for the mutual funds business in Singapore and Malaysia. Moreover, Amanda Irving, currently head of marketing for Australia, has been appointed head of marketing, Asia Pacific, with effect from November 2022. Based in Sydney, Irving will relocate to Singapore in January 2023. Irving report to Szu Yi Chin and replaces Michelle Han, who has moved to London to take up the role of global head of growth and digital marketing in August 2022.

Irving has 20 years of financial services marketing experience and was marketing director at BT Financial Group prior to joining Schroders. Mercer has named Norlena Brouwer as its new chief risk and compliance officer in the Pacific region, with effect from February 2023.

In her new role, Brouwer will be responsible for delivering the firm's strategic priorities as well as its risk and compliance framework. She will continue to be based in Melbourne.

She has over 15 years’ experience in risk and compliance roles in the financial services sector, including superannuation and banking. Brouwer will join from Hostplus, where she worked for the past eight years and most recently held the role of group executive risk and compliance at the super fund.

Hostplus did not respond to AsianInvestor’s request for comment on Brouwer’s replacement, at the time of publication. Ko joined BNY Mellon IM on November 7, a spokesperson told AsianInvestor, without clarifying her predecessor and when that person left the role, only confirming that Ko is a replacement for an existing role.

Bringing over 15 years of financial services industry experience, Sharon was most recently head of retail distribution, Hong Kong at Invesco, which did not respond to AsianInvestor's inquiries about when Ko left and who took over her responsibilities. Prior to this, Ko was associate director of intermediary business at Fidelity International, associate vice president at BlackRock and sales manager at Allianz Global Investors. Hong has nearly 15 years of industry experience, working in both asset management firms and asset owner. She joins Robeco from MFS International in Hong Kong where she managed institutional relationships of mainly Korean clients. Prior to that, she worked at TCW Asia and Amundi Asset Management in their Hong Kong offices. She also served as a global equity portfolio manager with Korea’s National Pension Service in Seoul for over five years.

Choong has over 13 years of experience in asset management primarily in client-facing functions. She joins Robeco from Janus Henderson Investors where she covered Southeast Asia Institutional Sales for three years. Before that, she worked at Schroders and PineBridge Investments. Northern Trust announced the formation of its digital assets and financial markets group in June 2022, unifying its digital and traditional market functions across its asset servicing business.

Chia was most recently the expert senior manager of innovation at Bain and Company. A spokesperson told AsianInvestor that Chia left Bain in September this year, but declined to comment on who had taken over his role. Prior to this, he was the vice president of innovation at DBS Bank.