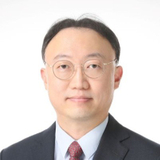 Bae joined active portfolio management company SK Square this month as managing director, investment and partnerships to be part of its growth and global expansion in the information and communications technology (ICT) and semiconductor space, he announced on LinkedIn on Thursday (May 12).

Bae will continue to be based in Seoul. SK Square is a newly created investment firm by SK Telecom and SK Hynix business group in Korea.

Bae joined NPS, the world’s third-largest pension fund, in January 2011. From July 2014 to June 2017, he was senior manager for global private equity at NPS New York. Most recently, he was a managing director, head of Americas private equity and global hedge funds team and based in Seoul until April 2022.

NPS could not be reached immediately to comment on his departure. 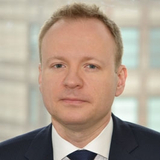 Schöwitz will continue to be based in Hong Kong. JP Morgan Asset Management confirmed to AsianInvestor that he has left the firm but declined to provide more details.

Schöwitz has over 23 years of experience in investment strategy. An employee of JP Morgan Asset Management since 2012, he has previously worked in the firm’s offices in New York and London. Before that, he was an equity strategist with Bank of America Merrill Lynch and HSBC. Hong Kong Exchanges and Clearing (HKEX)’s president and chief operating officer (COO) Calvin Tai will retire at the end of May after 24 years of career at HKEX Group, it announced on May 6.

Tai will also retire as chief executive of The Stock Exchange of Hong Kong (SEHK) and Hong Kong Futures Exchange (HKFE). His retirement takes effect on May 31.

Based in Hong Kong, Tai joined the HKFE in July 1998 and has held a number of senior roles within the HKEX Group, including interim chief executive, head of clearing, co-head of equities and fixed income and currency business, and head of trading division. Yiu will also succeed Tai as chief executive of SEHK and HKFE. The new appointments are on a permanent basis, and will take effect on June 1.

In their new roles, Buckley will continue to have oversight of the HKEX exchange operations and transformation functions, whilst Yiu will also continue in his role as co-head of markets. They are both based in Hong Kong and report to HKEX CEO Nicolas Aguzin. Buckley joined HKEX in December 2021 from Citadel, where he was chief operating officer, Asia, for three years. Previously, Buckley held various senior roles at a number of international financial institutions.

Yiu joined HKEX in April 2019 as head of markets, where he had responsibility for the Group’s equity and derivatives markets business and operations. Yiu previously had a long career with Goldman Sachs and was deputy CEO and chief operating officer at Beijing Gao Hua Securities.

Manulife on Monday (May 9) announced the appointment of Aravind Srinivas as its new chief risk officer, Asia and head of global product and insurance risk management, effective immediately. Srinivas replaced Nigel Ke, who has been named as chief financial officer of Manulife Japan since July 2021, the firm told AsianInvestor.

Based in Singapore, Srinivas will be responsible for maintaining Manulife's global risk management framework across Asia, while overseeing Manulife’s global product and insurance risk practice.

He will jointly report to Anil Wadhwani, president and CEO, Asia, and Rahim Hirji, global chief risk officer. He will be a member of the Asia division executive committee and the global risk leadership team.

Srinivas joins Manulife from reinsurer Munich Re Singapore, where he served in several senior roles for over 10 years from 2012 till May 2022. He was most recently the managing director for its life, health, and high net worth businesses, with responsibility for business development, operations, actuarial governance, and underwriting. Before Munich Re, he was head of pricing at Suncorp Life in Australia. Bruce Tomlinson announced on May 12 that he would be leaving his position as a senior portfolio manager at the Australian Retirement Trust (ART).

Tomlinson had been with SunSuper for 14 years before it merged with QSuper earlier this year to form ART with combined assets of $158 billion (A$230 billion). He said on LinkedIn that the recent merger has “presented the opportunity to embrace change and renewal,” for which he is grateful.

He joined Sunsuper’s investment team in 2007 and was part of the team that grew the super fund’s assets to over A$100 billion. For Tomlinson, some of his fondest memories at the fund over the past 15 include “building from scratch the defensive alternatives program, starting with hedge funds then private credit and more recently adding direct mid risk assets.”

Tomlinson announced that he plans to take a break in Europe during May and June and will look for new investment opportunities upon his return to Australia.

Australian Retirement Trust could not be contacted for comment on his departure and plans for his replacement. Generali Asia’s former head of life and chief actuary Gavin Low has relocated from Hong Kong to Beijing and become the general manager of Generali China Life to lead China operations and growth plans, Generali Asia announced on May 3.

Low takes over from Alex Cheung who retired in March 2022. Generali Asia declined to provide more details about the appointment.

Low has over 30 years of experience in actuarial management and life insurance. He was most recently head of life and chief actuary for Generali Asia from September 2016 to May 2022, where he was responsible for the company’s life actuarial matters and supporting the growth of its Life business in Asia. He has also held the positions of chairman of the board of Generali Indonesia and board of director for Generali Life (Hong Kong).

Franklin Templeton has appointed Nor Hanifah Hashim as head of Malaysia business, replacing Avinash Satwalekar who has relocated to India to head the company’s operations there. In addition to her new country head role as of May 10, Hanifah – who has more than 20 years of industry experience - will continue to be the lead manager supervising the firm’s Sukuk fund and mandates, including developing investment policies for the Malaysian market.

She will also work closely with the Franklin Templeton Fixed Income team in the Middle East on global Sukuk mandates and supports the company’s global fixed income capabilities. She reports to David Zahn, head of sustainable fixed income and head of European fixed income and Tariq Ahmad, head of Asia distribution.

She will retain her role as chief executive of Franklin Templeton GSC Asset Management Sdn. Bhd. (FTGSC), a position that she has held since 2017. Hanifah joined Franklin Templeton as the head of Malaysia fixed income and Sukuk in 2011 and oversaw the launch of Franklin Malaysia Sukuk Fund in November 2015. FTGSC is the shariah-compliant entity in Malaysia.

Two other new appointees - Jackie Goh and David Jong – will join the Malaysia team on May 10 as well. Goh who will be head of institutional sales will oversee the firm’s sales channels for Malaysia and develop country-level strategies and partner with various product and distribution teams to develop new product solutions. 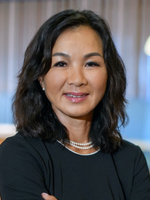 Wendy Lim, who has been appointed regional chief executive and global head of distribution, marketing, and products, will handle Meyer’s duties. She will assume management responsibilities across the LBUs and lead the distribution function globally, including institutional and retail segments, as well as oversee marketing and products, said the spokesperson.

Meyer – who is on garden leave - is leaving the Singapore-based investment arm of Prudential, along with CFO Francis Woo and CRO Gwee Siew Ping, both serving their notice.

Janelle Yeo, head of corporate strategy and chief of staff, has been appointed acting CFO responsible for finance and legal, while Tiong Beng Yeo, head of compliance, head office, will lead the risk & compliance teams, said the spokesperson.

PIMCO HIRES HEAD OF BUSINESS FOR AUSTRALIA AND NEW ZEALAND 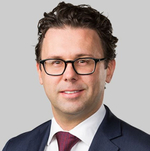 Watkins will be based in Sydney and reports to Hong Kong-based head of Asia-Pacific Alec Kersman. He will lead growth strategy in the Australia and New Zealand markets, which includes local oversight of business management functions.

He will report to Hong Kong-based head of Asia-Pacific Alec Kersman and work alongside Rob Mead, head of PIMCO Australia and co-head of APAC portfolio management and partner with Eric Frerer, head of institutional account management and Brendon Rodda, head of distribution of Global Wealth Management.

Most recently Watkins was at Goldman Sachs for eight years, where he was most recently a managing director after being promoted in 2017. He was also the head of equity finance product, Asia Pacific and oversaw marketing, distribution, development and structuring of those solutions for the region.

Prior to that he was a director at Deutsche Bank for four years and Credit Suisse for over a year as head of equity derivatives.

Goldman Sach’s did not respond to a request for comment on Watkins’ replacement. 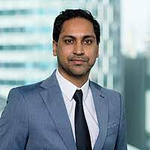 Raf Choudhury has been hired as investment director for abrdn’s Asia Pacific multi-asset investment solutions team, as announced on May 3.

In the newly created position, Choudhury will be central to leading abrdn’s Australian funds business and expand its managed account services.

He will be based in Sydney and will report to Irene Goh, head of multi-asset Investment Solutions for Apac.

Choudhury was most recently at State Street Global Advisors where he held a range of portfolio manager roles over a 17-year period in both the UK and Australia, and most recently was State Street’s head of investment strategy and research.

This article has been updated with comments from Eastspring about the replacements for the three resignees.