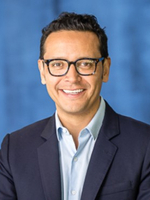 Zurich-based Swiss Re has appointed Ivan Gonzalez as chief executive for reinsurance and president for China.

He will relocate from New York to Beijing to take up the post, effective July 1. In his new role he will have composite responsibilities for all reinsurance operations in China.

Currently, he is the chief executive for the insurer’s corporate solutions business in North America, a role he has held since 2016, where he is responsible for insurance capacity and customised risk transfer solutions to corporations in the US and Canada.

He has been with the company since 2001 across various roles including Group Strategy in Zurich and Corporate Solutions in Sao Paulo.

Gonzalez replaces John Chen who retired from his role as president of Swiss Re China and general manager of the Beijing branch in January. Deputy head Brian Han has been serving as the interim leader since. With her appointment effective from April, Rose will be responsible for leading the global infrastructure debt strategy.

“Excited to announce that I have joined AustralianSuper in New York as a Senior Investment Director responsible for leading the global infrastructure debt strategy. Look forward to connecting with my network and sharing our growth plans in infrastructure debt!” Rose posted on Linkedin last week.

Most recently, Rose worked at Barings where she was managing director, global infrastructure debt for close to four years. Han was most recently the head of funds selection at the Bank of Singapore, where she spent three years. She also held the additional role of ESG forum lead for the bank.

She resigned from the Bank of Singapore in late January, where she was responsible for leading a team of product specialists in charge of generating investment ideas, selecting funds and carrying out due diligence on investments.

Although arrangements have been made to cover her duties at Bank of Singapore, no replacement has yet been named, a spokesperson told AsianInvestor.

Prior to joining the Bank of Singapore, Han spent 13 years working at the Monetary Authority of Singapore (MAS). During her tenure at MAS, Han held positions based in Singapore and London, and was a lead portfolio manager, deputy director and team head for external fund management when she left in November 2018.

Before that, Han had briefly worked as a lead portfolio manager at Singapore’s sovereign wealth fund GIC. Robeco has promoted Joshua Crabb as head of Asia Pacific equities, effective in July, as Arnout van Rijn returns to the Netherlands after 14 years in Hong Kong.

Crabb will also take up the role of lead portfolio manager for the Robeco Asia Pacific Equities strategy, which he used to manage alongside van Rijn. Crabb will report to the chief investment officer for fundamental and quant equity, Mark van der Kroft.

The Asia Pacific Equities strategy will be supported by Harfun Ven who will help manage the fund on top of his existing responsibilities.

Van Rijn, who was Robeco's chief investment officer for Asia Pacific and had set up the asset manager's regional team, will take up the post of portfolio manager in Robeco's sustainable multi-asset team in Rotterdam from September. Crabb joined Robeco in 2018 and has been based in Hong Kong since 2001. He was previously with BlackRock and OMGI, and has also worked for Prudential Asset Management Hong Kong.

Kim joins from CSOP Asset Management in Hong Kong where he was the deputy head of quantitative investments and helped launch several products that became some of the most popularly traded ETFs on the Hong Kong stock exchange. He was previously the head of ETF investments at Korea Investment Management in Korea. CSOP told AsianInvestor that Kim left CSOP in March and that “other colleagues in the quant team are taking over his previous remits”.

At Value Partners, Kim will continue to be based in Hong Kong and report to group president June Wong. He will lead the strategy development and execution of the firm’s ETF business and assist with sales initiatives for Korea.

The global technology and management consultancy has added two senior industry executives to its regional leadership team to drive strategic growth in the Asia-Pacific, said a company statement.

Hayley Haupt has been appointed partner and head of strategy & consulting, Apac. Based in Singapore, she has led transformation projects for clients across Europe, the Middle East, India & Africa (EMIA) region for over 15 years. Capco has also appointed Paul Sommerin as partner and head of digital & technology, Apac. Based in Hong Kong, he has 30 years of financial services experience across six continents and some of the most complex mature and emerging markets.

He has managed large-scale business and technology transformations, developed technology and digital strategies, and helped clients shape and accelerate their digital transformations.
He joins from EY, where he was a partner in the Africa, India, and Middle East practice, leading financial services, digital, and technology teams across the region.
Both appointments took effect from mid-February, 2022. They report to James Arnett, managing partner for Apac. She starts at EQT as a director in a newly created position with effect from April 11, 2022 and will lead its private wealth management distribution team across the Asia-Pacific region, a company spokesperson told AsianInvestor.

Her appointment comes a week after the company has agreed to buy Baring Private Equity Asia for €6.8 billion ($7.5 billion).

EQT said the deal, which adds €17.7 billion to EQT’s €73.4 billion of assets under management, will give it an “immediate pan-Asia presence at scale”. Baring will be merged into EQT’s Asian division and rebranded BPEA EQT.

Yeo has been tasked with helping the group expand its reach to the private banks. She will also work with the firm’s client relations team and report to Sean Ham, partner and head of Apac client relations and capital raising.

Yeo, who is based in Singapore, spent nine years at JP Morgan, rising to head of alternative investments for Southeast Asia in January 2021, and became an executive director in February.

Kat Ferris has been appointed to the newly created role of head of product development for Asia and Europe at Capital Group, effective in February. Based in London, she was most recently the head of international product and executive director at Morgan Stanley Investment Management, where she was employed for 11 years.

Ferris will be responsible for product development, governance and product management in Asia and Europe. She reports to Alexandra Haggard, head of product and investment services.