Munich Re has appointed Tobias Frenz as chief executive of its Singapore office with effect from July 1, replacing James Park, who will pursue an opportunity outside of the company, the firm said in a statement.

Frenz, who reports to Daniel Cossette, chief executive for life and health for Asia Pacific, the Middle East and Africa, will oversee the non-life and life and health branches in the city-state, as well as the regional life and health digital business

He will continue to hold his existing role as head of digital solutions for life and health in Asia Pacific and the Middle East.

Frenz has worked at Munich Re for 20 years, holding roles in client management and leadership in Germany, the UAE, Malaysia and Singapore, including heading its Retakaful, or Islamic reinsurance business. As head of digital solutions, he oversees the development of the firm's life and health digital solutions, spanning artificial intelligence and predictive analytics through to augmented automated underwriting and claims solutions. Based in Singapore, she will report to Roland Eckl, who is chief executive for Japan, India, South Korea, Singapore and Southeast Asia, according to the release. 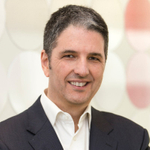 Ambrosi joined the CareSuper team in June. Until February 2022, he was executive general manager, marketing and digital at TelstraSuper, a position he held for eight years. He has also previously held senior roles with Vanguard, BlackRock and the National Australia Bank.

In this new role of chief experience officer, he is responsible for leading the digital, engagement and customer experience functions of the fund, including member communication, education, insurance, and advice. Ambrosi will be based in Melbourne. Nguyen has been promoted from head of risk to chief risk officer, replacing Belinda Ray. She has been acting in the role since Ray's departure in March. In her new role, she will oversee the risk and compliance team and will manage CareSuper's relationship with regulators.

Nguyen joined the $15 billion (A$20 billion) super fund in October 2021 and was previously head of enterprise risk management at Aware Super. Before that she also held roles with VicSuper, Mercer and AIA. She will report to Clement Lam, CEO of Sun Life Hong Kong.

In her new capacity, Yeung will lead her teams to expand the company’s life and health business, while also devising strategies to ensure distributors understand the breadth and depth of differentiated products and services so that the right solutions are offered to meet client needs.

She will also be responsible for driving Sun Life Hong Kong’s business strategy for the Greater Bay Area, seeking to capture related market opportunities as part of the company’s sustainable growth engine. Yeung has held various senior positions with major insurance companies in Hong Kong including FTLife, where she was chief commercial officer and chief product officer. Prior to that, she served at multinational insurers such as AIA and Manulife, spearheading their product proposition strategy and the development of both Hong Kong and regional markets.

Meanwhile, Steven Fong, general manager of distribution, has resigned to pursue other opportunities. His successor will be announced at a later date, the life insurer announced the same day.

Fong took the role in January 2020. Before that, he was chief agency officer at Sun Life since 2018, where he drove agency sales growth. Lim will join Eastspring on 29 August 2022, reporting to Seck Wai-Kwong, chief executive officer. He will be a member of the firm’s executive management committee. He replaces Siew Ping Gwee, who left in June 2022 to pursue an external opportunity, a spokesperson told AsianInvestor.

Based in Singapore, Lim will oversee compliance, risk, and governance activities across Eastspring. He brings more than 20 years of experience. Additionally, Eastspring confirmed June 28 the appointment of Janelle Yeo as chief financial officer. Yeo has spent more than two decades in financial services and has been with Eastspring since 2008, her last role being head of corporate strategy and M&A.

Effectively immediately, she will be responsible for the finance and legal functions at Eastspring. She will also report to CEO Seck and continue to be based in Singapore. On her replacement, the spokesperson said: "We are searching for the right talent to drive our Corporate Strategy and M&A activities."

Yeo takes over from Francis Woo, who left in June 2022 to take on a new appointment in private equity, the spokesperson said. Earlier this month, Eastspring appointed Bill Maldonado as its first chief investment officer since 2019. 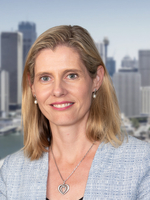 Kit Georgeos has announced her departure from the AMP Capital Wholesale Office Fund, effective later this year. Georgeos joined AMP in 2019 as a fund manager for the unlisted $8 billion wholesale office fund, which owns 12 prime office towers in Sydney and Melbourne.

Previously, she was the deputy fund manager for the GPT Wholesale Office Fund and a banker in the Macquarie real estate team. According to AMP, Georgeos has not yet accepted a role elsewhere.

AMP has also announced the appointment of financial services executive Andrew Best as an independent, non-executive director and new board member, effective July 1 2022. Best brings more than three decades of international and domestic experience across investment banking and financial markets to the AMP board.

Best's appointment takes the AMP board back to a full complement of eight following the decision of John O’Sullivan to step down in April this year, according to a spokesperson that pointed out that Best’s appointment is not a direct replacement for O’Sullivan, as each board member brings unique skills, experience and capabilities.

Best has held multiple senior executive roles at JP Morgan Chase & Co, including most recently as the head of investment banking for Australia and New Zealand. Prior to that, he led JP Morgan's Financial Institutions investment banking business for 13 years. Best retired from JP Morgan in February 2020, according to a spokesperson. BNP Paribas named Jen-Thai Ewe as head of client development for its securities services in Southeast Asia with immediate effect, the bank announced on Wednesday (June 29).

In the newly created role, Ewe will drive the bank’s expansion plans in the securities services industry – including global custody, fund administration and other post-trade services - across all client segments (asset managers, asset owners, financial intermediaries and alternative fund managers).

He brings a wealth of knowledge and expertise to BNP Paribas Securities Services from his 20 years of experience working with clients across multiple sectors. His prior experience includes senior client management, client solutions and operations roles at HSBC, which he joined in 2018, and State Street where he worked for 11 years. 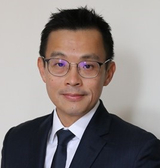 As part of the senior finance team, Tan will drive HKEX’s treasury strategy, overseeing the performance of the group’s investment activities for both internally and externally managed investment portfolios. He will work closely with colleagues from across the finance and risk teams, and with other HKEX entities, balancing a robust governance and control framework with optimising investment returns.

Tan joins HKEX from Standard Chartered Bank, where for the last five years he was managing director and head of treasury markets for Greater China and North Asia. He also held a number of senior roles at the bank, including regional head of asset liability management, Greater China and North Asia, as well as head of asset liability management for Standard Chartered Hong Kong. 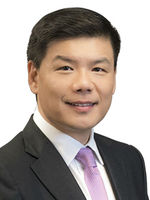 KKR’s head of Greater China Paul Yang will relinquish his position and take up a new role as an advisor with the firm with effect from July 1, according to a Reuters report, quoting sources familiar with the matter.

Based in Hong Kong, Yang has decided to step down due to personal reasons, said the report on June 24, which mentioned KKR is looking to hire his replacement to be based in mainland China.

Yang, who is also a partner at the firm, joined KKR in 2017 to head its Greater China operations. Prior to that, he was president and chief executive of China Development Financial Corp. He has also worked at DBS (Hong Kong) as managing director and head of private equity and mezzanine finance as well as held positions at ICG Asia, Goldman Sachs and General Atlantic.

KKR opened its Beijing office in 2008, followed by Shanghai in 2017. The two offices have a combined staff of 35 investment professionals.