Chief investment officer (CIO) Sue Brake has announced her departure from the Future Fund due to family reasons. 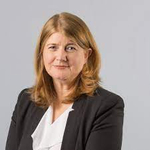 Brake played a key role in the review of the Future Fund’s investment strategy and was also a member of the organisation’s senior leadership team.

According to the official announcement, the Future Fund will use Brake’s departure as an opportunity to restructure its investment team to better meet the challenges of the evolving macro environment.

In the meantime, Raphael Arndt will act as chief investment officer until the CIO position is filled while maintaining his role as the Future Fund’s chief executive officer. Prudential on Thursday (June 23) announced an expansion of its group leadership structure in a bid to enhance engagement and create an inclusive leadership approach, by adding four senior executives to the group executive committee, which will become a unit of eight members. Prudential Singapore CEO Tan, CEO for insurance of Prudential Ng and group chief strategy and transformation officer Altin will each lead one of the strategic business groups, which consist of selected markets. They will be accountable for the business and operational results of their respective markets and also for the group-wide delivery of enabling functions.

Eastspring CEO Seck will remain responsible for the growth of Eastspring’s business and the delivery of its investment performance. Eastspring Investments’ head of portfolio advisors Kelvin Blacklock will leave the firm after over 20 years, the firm has confirmed with AsianInvestor. Blacklock’s departure follows the firm’s appointment of the new chief investment officer Bill Maldonado this month after the position being left vacant for almost three years.

Blacklock is currently on garden leave. He is leaving to pursue other opportunities outside the Prudential Group, a spokesperson said, without disclosing his last day or his next move.

Based in Singapore, Blacklock joined Eastspring in September 2001. He is the head of investment solutions and started to hold an additional role as head of portfolio advisors in 2019. He has overall responsibility for the investment strategy, performance and tactical asset allocation of Eastspring’s global multi asset funds.

To “create greater value for its business and clients”, Eastspring will integrate investment capabilities across equities, fixed income and multi asset into one platform under the leadership of new CIO Bill Maldonado, the spokesperson said. Rodney Cook, the chief executive and managing director of MLC Life, has announced that he will retire at the end of the year. Cook took over the top job in June 2020 and led the insurer for two years through Covid-19, during which time he strengthened the leadership team to ensure a natural successor was in place.

MLC Life has confirmed that he will be succeeded by the Australian insurer’s current chief financial officer Kent Griffin.

Griffin will take over the role in October, and Cook will stay on until the year’s end to assist with the transition.

Griffin joined in 2020 from TAL where he was chief financial officer for seven years. He has also previously held roles with EY and AXA Asia Life. Based in Sydney, Lung will report to QIC head of multi-sector private debt Phil Miall.

With over 17 years of banking and investment experience, primarily in corporate leveraged finance, she joins QIC from Aware Super’s credit income team, where she was responsible for origination and execution of corporate and leveraged finance transactions in Australia and New Zealand for a year until June.

Prior to Aware Super, she has also held roles in Investec Bank Plc and HSBC’s global banking team. Prior to that, she held senior positions at the Australia Post and Jones Lang LaSalle.

The $155 billion industry fund's new platform is being set up in partnership with Altis Property Partners, an independent Australian real estate investment manager. JLL has hired former family office chief executive Khoo Kian-Jin as head of private wealth, capital markets for Asia Pacific with immediate effect, according to a company statement on Monday.

Based in Singapore in the newly created role, he will report to Apac head of capital strategies Tim Graham and work closely with the regional capital markets team and the global international capital coverage team to lead the company’s capital markets advisory for high net worth and family office clients.

Khoo is expected to identify emerging high-net-worth investors in Asia Pacific, including investors with existing real estate investments and those interested in diversifying their portfolios to include exposure to real estate, according to the statement.
Khoo joins JLL from a single-family office in Singapore, where he was chief executive and chief investment officer for four-and-a-half years. He also has more than 12 years of private banking experience working for UBS Wealth Management. Ricky Tang has joined Value Partners Group from BlackRock in a newly created role as managing director, co-head of client portfolio management on Monday (June 20) as the firm strengthens its relationship with existing key bank and insurance channels.

Based in Hong Kong, Tang reports to the group’s co-chairman and co-chief investment officer, Louis So, and president June Wong.

Tang has over 15 years of experience in the asset management and financial industry and brings extensive knowledge in asset allocation and multi-asset investing. He was most recently a director, multi-asset investment strategist at BlackRock for a year until June. Before that, he was Schroders for over nine years before leaving as the deputy head of multi-asset product, North Asia. Based in Singapore, Tan will be responsible for leading in-house macroeconomic, thematic investment research to deliver capital market and long-term investment insights across various asset classes in Asia Pacific. In this newly created role, Tan will report to Stephen Dover, Chief Market Strategist and Head of Franklin Templeton Institute.

Prior to joining Franklin Templeton, Tan served as head of markets strategy and Research at National Australia Bank (NAB), where she focused on research for Australian institutions and pension funds wanting to invest in Asia and for investors looking to invest in Australia. Before that, she served as the Local Fixed Income and Currency Strategist at Bank of America Merrill Lynch, responsible for macroeconomic forecasts and analysis of Asian economies. Wan will lead the Global Private Banking’s North Asia team to serve Asian clients and their families. He will be responsible for driving growth and performance across North Asia markets, namely Hong Kong and offshore China and Taiwan, globally. Wan replaces Ivan Wong who was the interim market head, North Asia for HSBC Global Private Banking, who left the bank earlier this year, a spokesperson told AsianInvestor.

Wan joins HSBC from UBS where he was most recently market team head of global family and institutional wealth for Hong Kong and China, where he led teams to address the wealth management, capital markets, investment banking, structured lending and risk management needs of family offices and Ultra High Net Worth (UHNW) clients, as well as privately held and listed companies in the region. Wan also held various other leadership positions during his time at UBS, including head of global family office Hong Kong and country team head of UHNW for the China market. Prior to UBS, Wan spent 19 years at Goldman Sachs Private Wealth Management and was the managing director and head of portfolio management group in Asia.