Drew Goldman has been hired as the new global head of real estate at Adia. He replaces Salem Al Darmaki, who has been covering as acting head since 2020. Goldman was formerly the global head of investment banking coverage and advisory at Deutsche Bank, where he worked for over 23 years. Deutsche Bank did not advise on Goldman's replacement. Jérôme Mourge D'Algue, has been promoted to co-global head of private equities, and will serve alongside fellow co-global head Sherwood Dodge. D'Algue has spent the last 10 years at Adia in the private equity department as head of financials, head of Europe, the Middle East and Africa (Emea) and acting head of Americas. 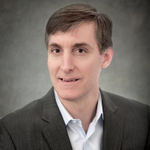 Andrew Claerhout has been hired to fill the role of head of private equities Americas. Claerhout was formerly the co-head of infrastructure at Searchlight Capital Partners in Toronto. Prior to that he was with the Ontario Teacher’s Pension Plan for 13 years, leaving in 2018 from the role of senior managing director. 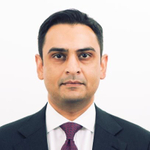 Kabir Mathur has been promoted to head of Asia Pacific. He has been with Adia for over four years, and until now has held the position of head of private equity in India and Southeast Asia.

Since the beginning of the pandemic, Adia has used the down market to overhaul its internal structure and processes in a bid to redefine how it would take future investment decisions.

Adia has recently increased its allocation to private equity and infrastructure and the new recruits indicate an appetite for direct mega-deals, according to Global SWF.

Adia did not respond to AsianInvestor’s request for comment on the new hires. 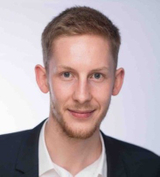 Torsten Blake-Bohm has been promoted to AXA Hong Kong and Macau’s head of investment and solutions since July after spending 18 months as senior manager for asset liability management (ALM) and investment solutions, according to an update on his LinkedIn profile.

A company spokesperson confirmed that the appointment was made effective on July 16. In his new role, Torsten will maintain a disciplined investment process through macro cycles to optimise the long-term risk-adjusted performance of the assets backing AXA Hong Kong’s liabilities, including robust allocation to alternative assets and portfolio alignment with climate-related objectives.

He is also responsible for optimising hedging overlays to ensure the appropriate level of exposure to preferred risk factors and balance sheet resilience in the face of financial shocks. Torsten reports to Hong Kong chief investment office Richard Chan.

In his previous role he was also the co-head of the ALM team, the spokesperson said. The firm has identified an internal candidate from its global investment family to become the Head of ALM of AXA Hong Kong, the person said, without elaborating further.

Veteran banker Jose Arnulfo Veloso has been elected as president and general manager of the Philippine Government Service Insurance System (GSIS), according to a company statement on July 21.

Veloso, who was elected by the board of trustees of the state-run pension fund at a special board meeting on July 21, replaces former GSIS chief Rolando Macasaet.

As the head of the country’s largest pension fund, Veloso will be responsible for growing and safeguarding P1.54 trillion ($27.6 billion) in assets of some 1.5 million government employees and pensioners. AIA Singapore has appointed Kelvin Kua as its chief partnership distribution officer with effect from August 1, according to a company statement on July 20.

Reporting to chief executive Wong Sze Keed, Kua will join the firm’s leadership team and leverage his experience in bancassurance to grow the business.

Kua joined AIA Singapore in 2011 and was head of bancassurance until January this year when he took on a new role as impact specialist with the company in Hong Kong, according to his LinkedIn account.

Prior to AIA, he was bancassurance development manager at Aviva for about two years, and before that he was a financial consultant at Prudential Assurance for about seven years.

He will succeed Richard Wyber who will be leaving the company after serving over 15 years with AIA in various capacities including heading up vitality, healthcare and partnership distribution at both the group and Singapore level. Australian Unity has announced several board changes, including the resignation of chair Peter Promnitz.

Lisa Chung, a current non-executive director, has been appointed as chair designate from August 1, and will succeed Promnitz as chair upon his retirement. Chung has been a director of Australian Unity since 2017. Promnitz joined the Australian Unity board in 2013 and was appointed chair in 2016. Before this, he held a non-executive director and chair role at Warakirri Asset Management and was a member of the Australian Red Cross Investment Committee. Promnitz also had other notable tenures including Asia Pacific regional leader at Mercer.

Trevin Erichsen has been appointed chief operating officer at LegalSuper, joining from Australian Retirement Trust where he was head of operations.

In taking on the role, Erichsen replaces executive manager, operations and member service David Eastwood who was with LegalSuper for 15 years prior to its restructure earlier this year. The restructure saw the fund consolidate its member service and marketing functions. Also, as part of this, executive for member services Carrie Norman became chief member officer. Meanwhile, David Walker has been appointed head of product, in what is a newly created role for LegalSuper. Walker joins from Perpetual where he is currently senior manager, fiduciary and managed fund solutions. He is tasked with overseeing product development and innovation, with a particular focus on tailoring solutions to legal professionals. Perpetual did not respond to AsianInvestor's inquiries about who will replace Erichsen.

Before that, Walker was at CareSuper and has close to 30 years' experience in superannuation and funds management in total, including positions with BT, AMP Capital and Australian Unity.

Resolution Life Australasia has appointed Tim Tez as new chief executive, effective February 2023. He is currently chief executive, medical indemnity at Avant Mutual, who could not be reached for a comment on who will replace Tez. Beer will take over the role of chief operating officer from John Hele. He will continue as group president until he retires from his full-time role in June 2023 and will become the chair of the board of Resolution Re, a spokesperson told AsianInvestor.

JP MORGAN AM HIRES ALTS EXPERTS FROM BANK OF SINGAPORE JP Morgan Asset Management (JPMAM) has announced the appointment of Gary Leung as head of retail alternatives for Asia Pacific (Apac) clients, with effect from July 25.

Leung will be based in Hong Kong and tasked with distributing alternative solutions in the region, especially to high-net-worth individuals. He reports to Apac chief executive Dan Watkins.

Leung replaces Shawn Khazzam, who relocated to New York late last year to be the firm’s head of retail alternatives, Americas client according to an official statement.

Bank of Singapore did not respond to AsianInvestor’s request on Leung’s replacement.

Fidelity International has appointed Jackson Lee as head of the firm's Taiwan business.

Lee’s appointment will be effective from September 1, subject to regulatory approval. He will report to Rajeev Mittal, managing director, Asia Pacific (Ex-Japan) at Fidelity International.

Lee will take over the role from Cynthia Lin, the firm's head of marketing Asia-Pacific ex-Japan, who took on the head of Taiwan role as well in January, a Fidelity spokesperson told AsianInvestor.

Lee first joined Fidelity in Hong Kong in 2010 before moving to Beijing in late 2011 where he has been central to the development of Fidelity’s mainland China strategy. Most recently he was head of China for Fidelity International. He will relocate to Taipei from Shanghai in the new position.

Lee’s previous position was effectively filled by Helen Huang, who was named managing director, China in April this year, said a Fidelity representative.

Based in Singapore, he reports to Franck Dubois, head of Asia Pacific, and Joris Dierckx, BNP Paribas regional head for Southeast Asia.

In his new role, Renard, will continue to develop the commercial and operational hub and deepen relationships with new and existing clients.

Prior to this appointment, he was based in Hong Kong as the firm's  head of financial intermediaries client line and digital transformation for Asia Pacific.

Renard has deep knowledge of the business and market across the Asia Pacific region having worked for BNP Paribas Securities Services for 20 years, of which the past 12 years have been in Singapore, Australia and Hong Kong in a variety of regional clearing, custody and digital transformation roles.

Renard replaced Diana Senanayake, who has left the firm to pursue other interests, according to a company spokesperson.

RBC BlueBay Asset Management (RBC BlueBay), part of RBC Global Asset Management, the asset management division of Royal Bank of Canada, has started to build out its equities offering in Japan with the appointment of Satoshi Ohkawabata as an equity product specialist. He will be Tokyo-based and report to Shinya Kita, chief rep and head of investments Japan.

Boutique advisory firm Ascent Partners has announced that Bo Zhou has joined its board of directors and will assume the role of head of strategy and sales, effective immediately.

She will be based in Hong Kong and according to an announcement shared with AsianInvestor on July 28.

She was most recently partner and managing director at S&P Global from 2018 to May 2022, leading the senior commercial team responsible for managing executive client relationships in Apac Financial markets, as well as the commercial results and regional growth strategies.

Before that, Zhou served in various leadership positions at Bloomberg such as company director and regional business manager for its global fixed income & trading solutions in Hong Kong and New York over seven years. She has also previously held senior positions at BNP Paribas, Deutsche Bank, and State Street Global Advisors in the United States.