HSBC Asset Management (HSBC AM) has appointed Charles Li as head of wholesale business for Asia, effective September 1 and subject to regulatory approval, said a company statement on July 19.

Based in Hong Kong, he will be reporting to Thorsten Michalik, global head of wholesale and Daisy Ho, chief executive for Asia-Pacific and Hong Kong.

In this newly created role, Li will be responsible for covering all wholesale clients in mainland China, Hong Kong, Taiwan, India, Japan and Southeast Asia. In addition to leading the wholesale sales and client servicing teams in the region, he will also be responsible for setting and delivering the firm’s wholesale strategy.

A UBS spokesperson told AsianInvestor that Li is currently on garden leave and that Drew Welton, head of global family and institutional wealth client coverage for Asia Pacific will assume the role held by Li, in addition to his current responsibilities.
EASTSPRING HIRES REGIONAL INTERMEDIARY SALES HEAD Eastspring Investments has appointed George Ferraz as regional head of intermediary sales, according to a company statement on Thursday (July 21).

He replaces Glen Lee who has joined T Rowe Price as its first head of intermediary for Asia ex-Japan as of July 12.

Based in Singapore, Ferraz will be responsible for developing Eastspring’s regional intermediary sales strategy and partnering with local retail sales teams to ensure strategic alignment. He will also strengthen and build on the firm’s partnerships with key regional distributors and global private banks.

Ferraz has over 26 years of industry experience and was most recently director of new business development and relationship management at BNY Mellon in Boston, where he was responsible for Asia Pacific distribution channels. Prior to that, he spent 18 years at Fidelity Investments holding global and channel relationship management roles. 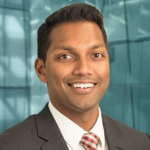 Aware Super has appointed Davinthra Thillainathan as an associate portfolio manager with effect from July, according to his LinkedIn post.

Thillainathan was formerly a senior investment analyst for direct equities at the firm, which he joined in August 2020.

Based in Sydney, he will be jointly responsible in his new role for portfolio management of the firm’s Australian small cap fund as well as research coverage for the healthcare and technology sectors.

Prior to Aware, he was a healthcare research analyst at Evans & Partners in Sydney for about 4 years, where he was responsible for covering listed ASX healthcare stocks such as Integral Diagnostics, Polynovo, CSL, and Ramsay Healthcare.

He has also worked as a commercial analyst at Caltex, transaction services senior consultant at EY and senior accountant at KPMG.

Aware Super’s spokesperson said the firm does not release specific details about internal movements such as this when contacted by AsianInvestor. Bucaro started in the new role this month, and Walsh’s promotion will be effective from August 1, 2022. In their new roles, both will be part of the Asia Pacific leadership team, supporting Tariq Ahmad and Matt Harrison, co-heads of Asia Pacific.

Bucaro will continue to be based in Singapore. In this newly created role, he will be responsible for driving the growth of the firm’s retail business in Asia (ex-Japan and India). He will have oversight of existing regional and country teams to develop and implement client solutions across Asia.

Bucaro joins from BNP Paribas Asset Management, where he spent over 16 years in different senior roles. He was most recently the Singapore CEO and managing director, head of strategic distributors relationships, Asia Pacific, until June 2022.

His role as Singapore CEO has been succeeded by Angelia Chin-Sharpe, whose promotion was announced on July 6. The other role as head of strategic distributors relationships, Asia Pacific, was replaced by Guenter Tschiderer, who was promoted to head of intermediary sales, Hong Kong and South East Asia in May. He reports to Chin-Sharpe. In her new role, she will provide executive oversight of sales, marketing, client services and product strategy. She will also continue to assume direct client responsibilities in the Australia and New Zealand markets and continue to act as a key conduit to local and global investment teams. Fidelity International has appointed Marty Dropkin as head of equities, Asia Pacific with immediate effect, where he will grow Fidelity’s equities capability and drive investment performance across the region, the firm announced on Tuesday (July 19).

In the newly created role, Dropkin will lead the Asia-based equities team and ensure global strategic connectivity across regions. He will also ensure sustainability principles continue to be integrated into the equity investment process, in close collaboration with Fidelity’s global investment research team.

Dropkin will continue to be based in Hong Kong whilst spending additional time in Singapore, and across the region, with equity portfolio managers and analyst teams, and for other investment management business-linked activity.

He will report to Andrew McCaffery, global chief investment officer at Fidelity International.

Having spent the past 12 years at Fidelity in several leadership roles, Dropkin was most recently head of Asian fixed income, with management and oversight of $25 billion of Asia fixed income client assets.

His responsibilities as head of Asian fixed income will move directly to Steve Ellis, Global CIO, fixed income, in the interim, as the process of appointing a replacement for Dropkin is completed, the firm told AsianInvestor.

Hong Kong Exchanges and Clearing Limited (HKEX) has appointed Daniel Sonder as chief strategy officer and head of data business, markets according to an announcement on July 19.

Sonder will be based in Hong Kong and will report to HKEX chief executive officer, Nicolas Aguzin.

Sonder joined HKEX this year from Brazilian stock exchange B3, where he was most recently chief financial officer. Before that, he was at Credit Suisse for seven years, where he was a managing director in their asset management division.

In addition to the appointment of Sonder, HKEX announced the expansion of its emerging business development team with the hiring of Andrew Walton and Ken Chiu.

Walton joins HKEX this week as managing director and head of digital assets, markets. He joins from Hong Kong-based digital asset platform OSL Digital Securities, where over the past year he was managing director and head of exchanges and custody. He has also previously held senior roles in companies that include software firm Block.one, as well as Australia-based exchange, Chi-X and UBS AG.

Chiu has been promoted to head of carbon and ESG products, markets. He joined HKEX in 2018, and was senior vice president in the group’s fixed income and currency development team, before moving to the emerging business development team in 2021.

The latest announcement from HKEX came less than one week after AsianInvestor reported that two senior executives — head of group strategy Till Rosar and co-head of emerging business development Julien Martin — had left the company.

All three executives in their new roles will report to HKEX co-heads of markets Glenda So and Wilfred Yiu. She will be based in Beijing, where she will be responsible for leading the asset manager’s business in mainland China, Hong Kong, and Macau. Yang will report to the head of Asia Pacific Fabrice Chemouny.

Yang has over 15 years of investment experience in both China and the US, most recently at Fosun International Ltd where she served as managing director. Before that she worked at China Ping An Insurance Overseas and the State Administration of Foreign Exchange (SAFE).

“Helen is a perfect fit for Natixis IM, bringing over six years of experience at one of the world’s leading insurance companies, a key focus for us, combined with her deep China market expertise,” said Fabrice Chemouny in an official statement.

Fosun International did not respond to AsianInvestors’ request for comment on Yang’s replacement. CBRE has hired industry veteran Callum Young as executive director, capital markets, Asia Pacific, with immediate effect. He will be based in Hong Kong, with a focus on cross-border investment across the region, the firm announced on Monday (July 18).

Young has more than 15 years of experience in commercial real estate and has been involved in more than $16 billion in capital markets transactions globally during his career.

He joins CBRE from Savills, where he was a senior member of the firm’s capital markets, having worked in Singapore, Seoul and London for 15 years.