Based in Hong Kong, Tsui reports to Chi Kit Chai, head of capital markets and chief investment officer, and Hoi Tung, chairman of the firm.

An industry veteran, Tsui has over 20 years of experience in the financial industry. Prior to Ping An, he was with Taikang Asset Management (Hong Kong) for over seven years. Before that, he was deputy CIO of Hang Seng Investment Management for over three years and held a senior role in Hang Seng Bank. He also worked at Hong Kong Monetary Authority’s New York office as its representative. Hong Kong Exchanges and Clearing (HKEX)’s head of group strategy Till Rosar and co-head of emerging business development Julien Martin will be leaving to pursue other interests outside of the group, HKEX confirmed with AsianInvestor, declining to provide more information about their departure and replacement.

Daniel Sonder, who joined HKEX as the other co-head of emerging business development in May, will remain in the position. Martin joined HKEX in late August 2015, serving senior roles as head of fixed income and currency product development and general manager of Bond Connect Company. He is one of the architects that led to the launch of Bond Connect in July 2017.

Earlier this year, Martin was appointed to a newly expanded joint role as co-head of emerging business development to work alongside Sonder, who joined HKEX from Brazil’s stock exchange B3. They were to lead and develop HKEX’s emerging business opportunities in data, ESG, carbon, and digital assets, which are key areas that the stock exchange plans to explore to compete with global peers.

Separately, Rosar joined HKEX in 2018 from Westpac Banking Corporation. He is also a board member of the International Securities Services Association (ISSA), and member of the Financial Services Advisory Committee at the Hong Kong Trade Development Council. In his new role reporting to Prudential Thailand chief financial officer, Keilic Wong, Duncan will continue to strengthen the actuarial foundations of the company and support the business growth by equipping management with critical actuarial insights.

He joined Prudential in 2014 and has taken on various roles in Prudential’s markets in Asia, including Laos and Hong Kong.

FIDELITY PROMOTES JING NING TO HEAD OF EQUITIES IN CHINA In her new role, Jing will continue to share her expertise with Fidelity’s investment teams and clients in China, the firm said.

He will be supported by the fund’s existing co-portfolio manager Alice Li and assistant portfolio manager Karen Zhou. The three will work closely with Jing over the coming months to ensure a smooth transition, the firm said. Jing Ning has over 20 years of experience in Chinese equity investment. She joined Fidelity in 2013 from BlackRock and has been the portfolio manager of the Fidelity China Focus Fund ever since.

Bajaj has 19 years of investment experience and joined Fidelity in 2003 as a research analyst in London. He used to manage the global special situations fund in the UK, the Indian equity fund in Mumbai, and the Asian equity fund in Singapore. 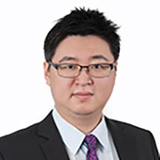 BlackRock has announced that Eric Liu, co-manager of the $6 billion BGF China Bond fund, will relocate from Singapore to Shanghai to take on the role of head of fixed income for BlackRock’s fund management company in China, effective September 1, 2022, according to Morningstar fund research on Thursday (July 14).

As a result, he will be removed as a named manager on all offshore bond funds, including BGF China Bond. Yii Hui Wong and Suanjin Tan will continue to run the strategy as co-managers.

The firm confirmed the appointment with AsianInvestor but did not provide more details.

Liu joined BlackRock in June 2016. He also leads the China onshore fixed income investment team. Prior to BlackRock, he was a portfolio manager at Aberdeen Asset Management in Singapore. Previously, he held a variety of positions covering public debt, private debt, private equity as well as structured finance products. Global advisory firm Willis Towers Watson (WTW) has appointed Iris Chan as head of corporate risk and broking (CRB) for Hong Kong, according to an announcement on July 15.

Over the past 20 years, Chan has held various senior positions with major insurance brokers in Asia. She joined WTW in 2012 where she contributed to the expansion of the firm’s construction team and construction business in Hong Kong and Macau. 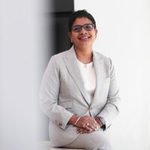 Nordea Asset Management has hired Anasuya Dhoraisingam as its new head of distribution for Asia Pacific with effect from August 29, according to a company statement on Tuesday (July 12).

Based in Singapore in the newly created role, Dhoraisingam will head the firm’s Asia Pacific business development activities across its wholesale and institutional business channels. She reports to Laura Donzella, regional head of Iberia, Latin America and Asia.

This new hire coincides with the firm’s strategic decision to build its first environmental, social and governance hub in Singapore to supplement its local distribution office, established in 2013, said the statement.

A PineBridge spokesperson told AsianInvestor that the firm is still in the process of looking for Dhoraisingam’s replacement. Jennifer Kwan has re-joined JP Morgan as a senior investment specialist in GFICC. She will be based in Hong Kong and report to Jonathan Liang in her new role.

Kwan will be partnering with the broader investment specialist team and client advisors in Asia to communicate GFICC’s investment capabilities and strategies to existing and prospective clients across funds and institutional channels in the region, with a particular focus on insurance, a source familiar with the matter told AsianInvestor.

Kwan confirmed her appointment in a Linkedin post on July 14. She joins the firm from Bank of China Group, where she was most recently chief project manager at Bank of China Hong Kong Asset Management.

Before that, Kwan was the chief investment officer at BOC Group Life Assurance from 2013 to 2020 and played a leadership role in the management of the group’s assets. She has also worked in investment research and held leadership roles at Manulife and DBS. Kwan began her career as an Asia Credit Research analyst at JP Morgan in Hong Kong in 1997.

Bank of China Group did not respond to AsianInvestor’s request for comment on Kwan’s replacement. 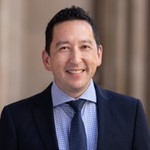 Nick Ping has been appointed to the position of deputy CIO, timberland at Manulife Investment Management (IM), according to a statement on July 14.

Ping succeeds Tony Cascio who will retire at the end of the month.

Ping’s position is effective as of July 1. He will continue to be based in Melbourne and will report to global head of timberland investments Tom Sarno. Ping is also a member of Manulife IM’s timberland strategy team as well as the timberland and agriculture investment committee.

Ping joined Manulife IM in 2008 and was most recently managing director for the timberland and agriculture's institutional business in Apac. He has also worked in resource planning at Australia’s Hancock Victorian Plantations as well as forest appraisals, due diligence and strategic planning at Helsinki-based Pöyry Management Consulting. Matthews Asia has appointed Michael Barrer as vice president and head of ETF Capital Markets with effect from May 1, a company statement said on July 6.

The hire follows the firm’s announcement in April that it intends to offer its first actively managed exchange traded funds, with a focus on global emerging markets in Asia, including China.

Prior to joining, Barrer was at WisdomTree Investments for almost 10 years, most recently as director of capital markets responsible for managing and maintaining existing and creating new relationships with market makers in support of the firm’s suite of ETFs.

He began his career in finance as an equity and ETF proprietary trader, followed by two years at Merrill Lynch in an investment-related role.

The article has been edited to reflect BlackRock's confirmation of Eric Liu's appointment as head of fixed income in China.