KTCU has never reappointed a CIO for a second term. Based in Seoul, the new CIO, Park, joined KTCU in 1992, and was recently the head of the financial investment department overseeing equity and fixed income investment.

AIA Singapore announced the appointment of Leong Li Sun as its new head of environmental, social and governance (ESG) on January 20. She is a certified sustainability practitioner with 10 years of experience in corporate sustainability. In this newly created role, Li Sun will report to Wong Sze Keed, the chief executive officer of AIA Singapore.

Li Sun’s will be responsible for leading AIA’s ESG commitment within the company’s operations to deliver long-term value for stakeholders. She  will be working closely with AIA Group and the respective functions locally to develop and oversee AIA Singapore’s ESG policies, as well as to ensure compliance with group regional policies and recognised best-in-class practices for accountability and transparency.

Before joining AIA Singapore, Li Sun was a vice president and head of corporate sustainability at United Overseas Bank (UOB) and served as secretariat for the UOB Group sustainability committee. At UOB, Li Sun drove the integration of the company’s sustainability strategy across all functions

AIA Group holds $326 billion in total assets and is the largest pan-Asian life and health insurer to commit to achieving net-zero greenhouse gas emissions by 2050.

Ping An Insurance has announced the appointment of Benjamin Deng as chief investment officer, confirming AsianInvestor's scoop in December.

The appointment is subject to regulatory approval but has been approved by the board. Deng will continue to maintain Ping An’s focus on forward-looking investment strategies, enhance the stability and compliance of its investment operations and improve risk management capabilities, the insurer's announcement said.

Deng joins from China Pacific Insurance Co (CPIC) where he was CIO and was previously employed at AIG and AIA. He will take over the responsibilities of current Ping An CIO Timothy Chan Tak Yin, who will reliquish the CIO title but retain his role as director of the investment management committee.

While Deng will be responsible for the allocation of assets and management of the investments team, Chan will review major investment projects, and provide advice on strategies and assist in risk management, the announcement said. Queensland Investment Corporation (QIC) has appointed Andrew Whittaker to a newly created role as senior multi-asset portfolio manager of state investments, starting this month, a spokesperson has confirmed with AsianInvestor.

Based in Brisbane, Whittaker will report to state investments' CIO Allison Hill and managing director Jonathan McLachlan. He will be responsible for multi asset class portfolios with several of QIC's Queensland government clients. Whittaker joined QIC in 2007.

Australian Unity has hired Matthew Moore for the newly created role of head of responsible investment and stewardship. In this newly created role, Moore will be responsible for leading the adoption of responsible practices across Australian Unity's Wealth & Capital Markets platform and to maximise the positive social and environmental impact of its products and services to support a sustainable future.

Prior to joining Australian Unity, Moore was most recently the head of ethical investments at Uniting Financial Services where he had oversight of over $1.7 billion in assets under management, and was responsible for managing the organisation's responsible investment program across multiple asset classes and investment mandates.

"Rather than merely adopting current market practices in these areas, Australian Unity's strategy will be to create a unique and compelling approach to responsible investment and stewardship across its many spheres of operation," said Australian Unity's chief investment officer Joe Fernandes.

Australian Unity is the country’s first member-owned wellbeing company, offering its clients customers health, wealth and care services with over $2.4 billion in assets under management.

AMP has hired Stuart Eliot as its new head of portfolio management for its multi-asset group (MAG), effective from April 2022. Eliot will work closely with AMP’s chief investment officer, Anna Shelley, and will be responsible for oversight of MAG’s investment portfolio construction and asset allocation.

With more than $75 billion in multi-asset funds under management as of September 30, 2021, the MAG team is responsible for investment management for institutional clients and AMP’s superannuation funds, including its MySuper Lifecycle options. The MAG team delivered investment returns as high as 23.8% for MySuper members last financial year.

Eliot joins AMP from Pendal Group, where he was the senior portfolio manager for multi-asset investments. His announcement follows other recent appointments to the MAG team, which include Gavin Mork as head of private markets and Duy To as head of public markets.

Eliot’s appointment comes shortly after Morningstar downgraded the AMP Capital Multi-Asset Fund to negative citing staff turnover in the MAG team as one of the reasons for the new rating. Former portfolio manager for emerging markets debt at Loomis Sayles Thu Ha Chow has joined Robeco as the head of fixed income Asia this week, she announced on her LinkedIn.


Based in Singapore, she will be focusing on emerging market debt as well as sustainability investment.

Robeco confirmed the appointment with AsianInvestor, noting that further details can only be provided following an official announcement later today (January 21).

Prior to Robeco, Chow was the portfolio manager for emerging market debt with Loomis, Sayles & Company based in Singapore from 2016 to December 2021. Loomis Sayles did not respond to request for comments. 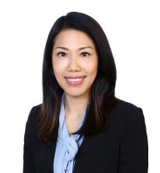 CBRE has announced two senior appointments to its capital markets team in Asia Pacific, with Crystal Palar joining as executive managing director, and Andrew Hunter named as director, global capital. Effective January 2022, both roles are based in Singapore.

Hunter will advise investors in Singapore and Southeast Asia on the execution of global investment and development strategies. Palar joins CBRE after nearly 18 years at JLL, most recently as executive director, Asia Pacific capital markets until this month.

Hunter previously was a director at CBRE’s London office for eight months. Prior to that he advised on real estate investors in the United Kingdom and Western Europe with private equity firm Alpha Real Capital.

JLL did not respond to requests for comment on Palar’s replacement. Ji Pingzi has been appointed as managing director of equity research at Haitong International. Ji has over 20 years of work experience in equity research and investment at both buy side and sell side firms. Prior to joining Haitong International, she was most recently executive director of senior consumer speciality sales at SMBC Nikko Securities (Hong Kong), where she was responsible for research on Japanese and Chinese equity markets, with a focus on the Asia Pacific consumer sector. Karen Jin has been appointed as managing director of fixed income sales and trading at Haitong International. Jin has over 16 years of work experience in fixed income sales. Prior to joining Haitong International, she was most recently director of China FICC Sales at Bank of America (former Merrill Lynch), where she was responsible for client relationship management and business development.

All three are based in Hong Kong. Darling and Ji report to Chen Haofei, head of equity research, and Jin reports to Henry Shi, head of fixed income sales and trading, a spokesperson told AsianInvestor. Scott Darling started officially on January 3 and, Ji and Jin started on January 17. In this newly created role, Marco will work closely with the sales and investment teams to define and build a coherent product and service offering that reflects the strategic importance of passive to HSBC AM amidst a rapidly expanding market.

Marco has over 20 years of experience in the industry. Prior to joining HSBC AM, he assumed the role of head of product management Asia Pacific at DWS in Hong Kong where he oversaw product structuring and participated in the region’s strategic management.  Before that, he held the role of head of passive asset management for 10 years following his move from London where he was head of fixed income ETFs structuring. Erina Han, head of funds selection at Bank of Singapore, has resigned from her role, a spokesperson has confirmed. Arrangements have been made to cover her duties while no replacement has been made.

Han joined the bank in December 2018. Prior to that, she was with Monetary Authority of Singapore for more than 13 years under different positions including lead portfolio manager, external fund management.