AustralianSuper reshuffles its investment leadership team. As part of the changes, the fund’s total portfolio management and asset allocation and research teams will be brought together into one team under head of asset allocation Alistair Barker.

Barker has held senior investment positions with the AustralianSuper since 2008 and is currently the head of total portfolio management. He replaces current head of asset allocation and research Carl Astorri who will be returning to the UK to take up a new role as head of investments Europe. As SFC’s third CEO, Leung is the first woman as well as Asian in the position since the regulator split the executive chairman role into chairman and CEO in 2006.

Leung is currently the deputy CEO and executive director of the intermediaries division, which comprises the intermediaries supervision and licensing departments. The division is primarily responsible for administering licensing requirements and conducting supervision of licensed corporations with a focus on business conduct and financial soundness.

Leung started her career as a journalist with the Wall Street Journal Asia for 10 years until 1994. Prior to joining the SFC, Leung was the undersecretary for Financial Services and the Treasury from August 2008 to December 2013. Before that, she worked with the Hong Kong Monetary Authority (HKMA) for 14 years, spending the last eight years as the executive director responsible for financial cooperation with mainland and other international regulators. She represented the HKMA at the Bank for International Settlement's Committee on the Global Financial Systems. A veteran with over 20 years of public service, Leung coordinated an initiative among Asian central banks that led to the launch of an Asian bond fund, helped introduce the renminbi business in Hong Kong, and facilitated the issuance of yuan-denominated sovereign bonds by the Chinese Ministry of Finance as well as the issuance of other investment products in the offshore renminbi market.

SFC announced the early departure of current CEO Alder on July 8. Alder will leave in two weeks to join the British regulator Financial Conduct Authority in January 2023. He joined the SFC as CEO on October 1, 2011. His current term is supposed to end on September 30, 2023.

SFC didn’t reply to request for comments on Leung’s replacement as deputy CEO at the time of publication. 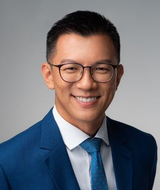 Based in Singapore, Tan will be responsible for managing and developing PineBridge’s institutional business in Singapore and the broader Southeast Asia region. He reports to Clint Grobler, head of Australia and Asia institutional client group, ex Japan and Taiwan.

He replaces former Singapore CEO and head of institutional sales, Southeast Asia Ana Dhoraisingam, who left the firm in July and joined Nordea Asset Management as head of Asia-Pacific distribution in August.

Prior to that, Tan was a regional relationship manager at Brandywine Global Investment Management, responsible for business development and client servicing efforts in Asia Pacific ex Japan. He started his career at the Monetary Authority of Singapore (MAS), where he resolved regulatory issues and formulated policies to enhance the development of Singapore’s insurance sector. The new team, comprising five investment professionals based in Singapore and Sydney, will be led by Devarshi Das as managing director and head of Asia-Pacific infrastructure equity.

Das was formerly CEO of infrastructure at Keppel Capital Alternative Asset and managed a private, growth capital Asia-Pacific infrastructure equity fund. Prior to this, he worked as CEO at Capital Advisors Partners Asia (CapAsia) and also served on the board of various portfolio companies, representing the power, renewable energy, transportation, and telecommunications sectors. Das will join along with his former Keppel Capital team, including David Richardson as managing director, Hector Wang as principal, and Mark Teoh as associate. Isabelle Demir joins as a managing director from Infrastructure Capital Group. Amin will be based in Jakarta and joins Milliman after leading actuarial and risk teams at multinational insurers and consulting firms in Indonesia since 2011.

Amin will lead the firm’s growth in the Indonesia market and expand the team to meet the evolving need of clients. He reports to Richard Holloway, managing director, South East Asia and India, life at Milliman.

Before joining Milliman, Amin was the associate partner at EY in Indonesia for three years. Prior to that, he held senior risk management and actuary roles at Chubb Life Indonesia, AXA Indonesia, ING Life Belgium and Nationale-Nederlanden. Asset management firm Jupiter has hired Kiran Nandra-Koehrer as head of equities, responsible for the leadership and management of Jupiter’s broad team of equity investment professionals. She will report to CEO Matthew Beesley.

Nandra-Koehrer joins Jupiter from Pictet Asset Management, where she has worked for seven years, most recently as head of emerging equities management.

Prior to joining Pictet she spent twelve years at Wellington Management in relationship management, investment research and product specialist functions across multiple equity strategies including US, global, European and emerging markets.