NGS Super has made two new hires to bolster its international and Australian equities team, as it works towards achieving a net-zero portfolio by 2030. John Lambridis also joins the super fund as senior manager of Australian shares and has been hired for his expertise in stock selection and company engagement to boost the fund’s returns from Australian equities.

Ding has over 20 years’ experience in the Australian superannuation industry and was most recently at the NSW Treasury Corporation for over six years as a senior manager and head of Australian equities. Prior to that she worked for iCare as its director of investment management.

Meanwhile, Lambridis joins the fund with over 25 years of experience, including over a decade as a portfolio manager at M&G Investments and Element Investment Managers.

AustralianSuper has relocated its head of private equity Terry Charalambous to its New York office amid a series of hirings to bolster its teams capabilities in the US markets. Charalambous, who has been with the $260 billion super fund for almost 16 years, will now be based in New York and where he will work alongside the four new additions to the private markets team, which include investment directors and portfolio managers. Emilce Song also joined the fund in the last month and was appointed as investment director, infrastructure. She was most recently at Macquarie Capital where she served as the firm’s senior vice president, head of Americas asset management and portfolio for its infrastructure and energy investments. Song is responsible for growing and managing the fund's infrastructure equity portfolio, with a focus on power and renewables, and energy transition opportunities.

AustralianSuper declined to comment on any further planned additions to the New York office. According to the PICC website, Zhang has been listed as a member of the Party Committee, the core leadership group of Chinese state-owned companies.­­­­­ Currently, PICC’s Party Committee secretary and group chairman is Luo Xi.

Most recently, Zhang was PICC’s head of technology operations department since 2021, and a president of the wholly owned subsidiary PICC Technology since January 2022.

Before joining the PICC Group in 2021, Zhang served several senior roles in PICC’s branch in Hebei province. He was the assistant to Hebei branch head since 2011, and became head of the Hebei branch in 2016. State Street announced August 19 that Kim Min is appointed new head of Korea, effective immediately. He has been with State Street for over 20 years and was previously head of Korea institutional services, leading key client relationships and driving business growth, a spokesperson told AsianInvestor.

Kim will report to Mostapha Tahiri, CEO for Asia Pacific at State Street. Kim is replacing Rim Young-kyu who decided to retire from her role in end of April this year after more than 6 years at State Street, according to the spokesperson.

Kim relocated to Korea in 2007 to lead relationship management and client services for the Korean business. State Street opened its first Korean office in Seoul in 1998 and added a representative office in Jeonju in 2019. Hosoda has already assumed his role as Japan Representative. Allspring will formerly announce the opening of the office when complete, a spokesperson told AsianInvestor.  Hosoda will report to Ludger Peters, head of the institutional client group in EMEA and Japan at Allspring.

Hosoda joins from Nissay Asset Management where he served as an executive management director responsible for product development and introducing overseas investment capabilities to Japan. Before that, Hosoda was president and chief executive officer at Nippon Life America, which he originally joined as a senior vice president.

The new office will have the ongoing support of the US-based personnel led by Ludger Peters, Satomi Matsumoto and Chihiro Seko, thus using global resources to better meet the needs of a growing clientele. The trio has also been overseeing Allspring’s Japanese business up until now, the spokesperson said, declining to comment on the expected size and scope of the Tokyo office. T. Rowe Price has appointed Tina Siu as director of institutional business for Hong Kong, Taiwan and Macau, with effect from August 8.

Siu is now responsible for developing and managing institutional client relationships in the markets. She will be based in Hong Kong and now reports to George Chow, head of institutional business, who oversees the Firm’s institutional distribution efforts in mainland China, Hong Kong, Taiwan and Macau.

A 15 year veteran in the asset management industry, Siu was most recently at Invesco, where she worked for nearly six years and was responsible for the firm’s development of Hong Kong and Macau’s institutional and pension business. Prior to that, she held regional institutional sales roles in Syz Asset Management and GAM Group as senior vice president to grow their presence in Hong Kong and Asia ex-Japan markets. Asian and European insurance provider Ageas has hired Christian Choi as regional director, ALM, investment and capital management according to his LinkedIn profile. He is currently based in the Greater Sydney area in Australia.

“I’m happy to share that I’m starting a new position as Regional Director, ALM, Investment & Capital Management at Ageas!” said Choi in a post on August 18.

Choi has a strong demonstrated history of working in the financial services industry in Australia and Asia regional. He was most recently at Zurich Financial Services Australia where he served as its chief investment officer for the last four years. Prior to that Choi also held the title of CIO at MetLife Asia and Metlife HK.

At the time of publication, neither Ageas nor Zurich could be reached to confirm his newly announced appointment. The Hongkong and Shanghai Banking Corporation Limited (HSBC) has appointed Long Yu (Annabelle Long) as an independent non-executive director of the Bank. She joined on August 17 as an addition to the existing members, a spokesperson told AsianInvestor.

Long is the founding and managing partner of BAI Capital Fund I and group management committee member of Bertelsmann SE & Co. She has over 15 years of investment experience in technology, innovation, and start-ups across Asia.

Long is also an independent director of Tapestry Inc., LexinFintech Holdings, Nio Inc. and Linmon Media, all of which are listed companies. The Singapore-based digital bourse Hg Exchange has appointed Lawrence Wong as chairman of the board. Hg Exchange did not respond to AsianInvestor’s inquiries about when Wong started his role and who he replaced.

Wong reenters the financial services industry after retiring in 2018, following a 12-year career with the Singapore Exchange (SGX), where his last position was the head of China.

Prior to joining SGX, Wong held various senior management roles at Schroders and OCBC. He also currently serves as an independent director on the boards of Mapletree Pan Asia Commercial Trust Management and Hotel Properties Limited.

Paramjit worked at OCBC Bank for 11 years and was most recently the country head for Malaysia for Singapore lender Oversea-Chinese Banking Corp’s mezzanine capital unit, which focuses on private equity opportunities.

Noor Amy joins Mavcap from local relocation specialist firm Myrelo, where she was a director. She has also held senior positions at Singapore’s Mediacorp and Malaysia’s Media Prime and was group general manager of strategic communication at the Prime Minister’s Office between 2010 and 2012.

Mavcap did not respond to AsianInvestor’s inquiries about when Gill and Ismail joined, who they report to and who they replaced. 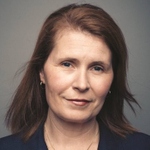 Investment manager Colliers has appointed Kathleen Stubbs as its new regional director of information technology in Asia Pacific, with effect from August 15.

Stubbs will be based in Sydney and work collaboratively with Colliers global technology team. She will be responsible for leading the firm’s digital transformation and supporting its growth strategy across Apac.

Stubbs was most recently at JLL, where she served as the chief information officer for Australia and New Zealand and head of technology operations in Apac for almost three years.

She has more than 20 years’ experience in the technology field, and has worked with professional services companies including EY, Herbert Smith Freehills as well as Knight Frank and Telstra, with her core focus being within the real estate sector for the last 10 years.