In the new role, which is a part-time position, he will advise the firm's investment committee and management team on portfolio construction and asset allocation, a spokesperson told AsianInvestor. Low will continue to be chief executive and chief investment officer of Golden Vision Capital - a global PE fund anchored by a leading single family office from Asia, according to the statement.

Low was a senior vice president at Singapore sovereign wealth fund GIC between 2004 and 2021 where he led the private equity fund investment team and subsequently headed the private credit and special opportunities group within the global investment strategy and risk team. He had also worked for the Singapore Economic Development Board for six years, leaving as director in 2004. Eastspring Investments has promoted Bill Maldonado, its head of equities, to chief investment officer (CIO) at the beginning of June, according to a company spokesperson on Thursday (June 16).

Based in Singapore and reporting to chief executive Seck Wai-Kwong, he will lead the firm’s equities, fixed income and multi-asset investment teams and be responsible for the firm’s investment strategies and products, the spokesperson told AsianInvestor.

Maldonado has 30 years of global asset management experience and was most recently Apac CIO and global CIO for equities at HSBC Global Asset Management before joining Eastspring in September 2021.

AsianInvestor understands that the CIO position has been left vacant by Virginie Maisonneuve who was in the position from 2017 to 2019.

The spokesperson told AsianInvestor that Maldonado is essentially taking up a new role that integrates the firm's equities, fixed income and multi-asset investment capabilities into one platform under his leadership. Hui has almost 25 years of investment experience and was previously head of credit, Asia at Schroders. He was a member of the leadership team for the global credit platform and led the investment team in Asian and global emerging market credits and had overall responsibility for RMB credit.

Fullerton also announced that Hui will be working closely with Ong Guat Cheng, who shall be appointed as head of Asia fixed income.

On May 6, Schroders announced that portfolio manager Ng Peng Fong, who has been with the firm since 2008, will assume Hui's responsibilities for managed strategies in view of the latter's  impending departure.
Ng has 16 years of investment experience and has been a portfolio manager since 2012, having worked together with Hui on several Asian fixed income strategies. As chief operating officer, Carr will be responsible for leading VFMC’s data and analytics, digital and technology, investment operations, and projects and change portfolios.

Carr has been VFMC’s chief risk officer since December 2019. She has more than 20 years’ experience in financial services across AXA, EY and Vanguard, where she led functions including human resources, enterprise risk management and fund financial services. Shanley will commence his role at VFMC on Monday, August 1. VFMC didn’t reply immediately to provide more details about the appointments. In their roles, Harrison, currently managing director, Australia and Tariq Ahmad, currently head of Asia distribution, will have joint ownership and accountability of Asia Pacific strategy to best serve the firm’s clients and drive growth in the region, the firm said on Wednesday (June 15). As co-heads, they will be jointly responsible for Asia, Australia, India and Japan. They take over from Vivek Kudva, head of Asia Pacific, who will be retiring from Franklin Templeton on July 28, after 16 years at the firm, as part of a plan put in place in 2019.

Harrison and Ahmad will report to Adam Spector, executive vice president, global advisory services, and will jointly develop and execute the overall Asia Pacific strategy. Harrison is based in Sydney and Ahmad is based in Singapore.

AXA IM Alts has appointed Antoine Mesnage as head of Australia, and promoted a head of asset management and environmental, social and governance (ESG) and head of fund management.

Mesnage replaces Kumar Kalyanakumar, effective October 1. He will relocate to Australia from France, where he is currently head of transactions for the country. He has led over €11 billion of transactions on behalf of AXA IM Alts clients across all strategies and sectors, including residential and forestry, the firm said in a statement.

The €188 billion ($197 billion) alternative investments manager has also promoted Chris Willey and James Cox to the respective positions of head of asset management and ESG, and head of fund management for AXA IM Alts in Australia.

Both Shaw and Kalyanakumar will leave the AXA IM Alts on September 30. 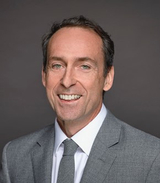 Abbott succeeds William Hackett who will, as previously announced, retire as CEO and a member of the board of directors at the end of June after 13 years with the firm. He will continue to serve as an advisor to Matthews Asia during this transition period in order to assist in the transfer of responsibilities, the firm announced on Wednesday (June 15).

Abbott has just started on June 13, based in San Francisco. He reports to Chris Carey, chair of the board of directors.

Abbott brings in more than two decades of senior investment management experience, including public and private markets, organic and acquisition-led growth, institutional and wealth channels, all with a focus on building scale and global reach.

Most recently, Abbott served as president and chairman at Carillon Tower Advisers in the US until February, where he founded and built a global multi-boutique asset management company providing equity, fixed income and multi-asset class solutions to a range of institutional and retail investors. 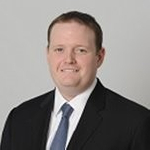 Asset manager Robeco has hired Philip McNicholas as its new Asia sovereign strategist, effective from June 1. He will be based in Singapore in his new role.

McNicholas is a financial markets economist with more than a decade of experience covering emerging and developed market economies in the Asia Pacific. He also has significant experience in fixed income sales and financial market strategy.

For the last two years, McNicholas worked at Bloomberg Intelligence as a rates and FX strategist covering Asia-Pacific, with a focus on the ASEAN & India markets. Prior to that he was with ANZ for almost three years in charge of fixed income sales, and before that he worked at BNP Paribas as a senior economist for four years. State Street Global Advisors has hired Jermyn Wong to be head of SPDR ETF in its Singapore office with immediate effect, according to a company statement on Tuesday (June 14).

Reporting to Meaghan Victor, managing director and head of SPDR ETFs, Asia Pacific Distribution, Wong will be responsible for leading, managing and developing the SPDR ETF business in Singapore, across all channels including institutional asset owners, asset managers and financial intermediaries.

Prior to joining, he was head of Asia ETF business development at Nikko Asset Management Asia, and a senior trader for Genk Capital in Singapore. He has also held several positions covering distribution, capital markets and product development in the local financial industry. Kosuke Takahashi has joined Manulife Investment Management as senior equity analyst in Tokyo. His role started in June and Takahashi will be a Japan equities generalist.

Takahashi left Jefferies Group in Tokyo in May. Here, he worked with equity research covering retail and services within business and consumer sectors in Japan.

Prior to this role, Takahashi has worked with mergers and acquisitions advisory at Deloitte and equity research at Morgan Stanley, also in Tokyo. George Nassaouati, who currently heads WTW’s natural resources in Asia, will be appointed as head of energy Asia. He will lead the development and management of the upstream and downstream energy portfolio.

With these changes, both Tilney and Nassaouati will co-head the natural resources business in Asia. Both also be based in Singapore.

This article has been edited to clarify that Virginie Maisonneuve was the most recent CIO at Eastspring Investments. Colin Graham was the CIO of multi-asset solutions.
¬ Haymarket Media Limited. All rights reserved.
Advertisement
Was this article helpful?
Share our publication on social media
facebook
twitter
linkedin
Advertisement