One of Australia’s largest superannuation funds Sunsuper said it is being an opportunist about taking debt positions in some southern Europe and Asian real estate markets, including with the small amount of debt it holds in the stricken China Evergrande Group.

Sunsuper, which manages AU$85 billion ($61.6 billion) of assets ‒ about 10% is in real estate ‒ is willing to take more risks when its senior debt strategy is performing well, said Head of Alternative Strategies Bruce Tomlinson during a panel discussion on real estate debt of AsianInvestor’s Private Assets Investment Week. 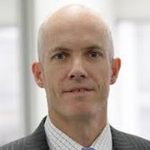 About half of the firm’s real estate debt positions are in funds, with the other half in non-funds through separately managed accounts or other mandates with external fund managers.

Its real estate lending exposure ranges from senior first-lien debt instruments to equity-like positions such as nonperforming loans. Its core positions mean it has positions in US mortgages, and construction finance in Australia and China, which is mostly senior debt.

Core-plus strategies include some junior mezzanine with senior lending above. These mezzanine arrangements are mainly special refinancing projects of a distressed nature, Tomlinson noted.

Tomlinson added that the firm has some exposure to nonperforming loans in Spain and Italy and occasionally also buys some thematic real estate loans in India, or higher risk debt in China and Korea if good opportunities come up.

Tomlinson also explained Sunsuper’s debt positions in one of the most talked about Chinese companies of the moment.

“Evergrande is blowing up and there are lots of people asking questions about that, such as what that means for high yield and real estate debt in Hong Kong and China. We've got some exposure there, but it's a modest part of our overall real estate debt exposure. We have very little direct exposed Evergrande,” he said, without disclosing any amounts.

Evergrande, one of the largest property developers in China, is also the world’s most indebted with $300 billion in liabilities. Its recent default has sent shock waves through the market and China’s financial system.

Sunsuper is no stranger to other aspects of the China’s real estate market. “We have good exposure already to Australian and Chinese construction lending and been doing that for quite a few years,” Tomlinson said. “We'll continue with that.”

Under the merger process with QSuper to become a AU$200 billion superannuation fund Tomlinson stressed that supply won’t be an issue for its real estate strategies. The assets and liabilities of Sunsuper and QSuper will run parallel for a period, and the funds’ strong cash flow means their existing investment strategies will keep running in the medium term, he explained. “There's plenty of funds at trillion dollars. So we don't think that $200 billion is going to be a problem in the medium term,” he said.

The panel also featured Toby Selman, senior advisor for real estate at New Zealand Superannuation Fund, who explained that in contrast to Sunsuper, his fund’s real estate portfolio was more focused on equity than debt.

Within debt instruments, it prefers syndicated loans. “We do find syndicated loans quite an effective way for us as a relatively small sovereign wealth fund compared to our peers, where we can transact quite efficiently rather than being at fund structures,” Selman said.

NZ Super just reported its best-ever annual return at 29.6%, with the fund reaching a size of $42 billion. Property investments only account for 1% of the portfolio, but Selman said as the fund grows, it will put more focus on real estate debt.

Private Assets Investment Week was held from September 13 to 15, 2021. Click here to register.