Sovereign wealth fund investment teams used the volatility surrounding the Covid-19 pandemic to make more direct investments and they could continue this activity through 2021 as government fiscal stimulus is gradually withdrawn, say observers of the state investment agencies.

Publicly disclosed direct investments by sovereign wealth funds (SWFs) reached $65.9 billion in 2020 – almost double the 2019 figure of $35.9 billion. This is the highest amount recorded since $80.3 billion in 2015, according to data from the latest the according to the International Forum of Sovereign Wealth Funds (IFSWF)’s latest report on May 11. 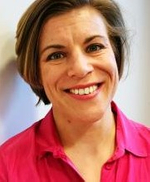 In addition, the median value of the SWFs’ direct investments in 2020 rose to $439.7 million, twice the $218.2 million figure recorded the previous year.

The regional sovereign wealth funds most active in direct investments last year were those from the Middle East. However, Victoria Barbary, director of strategy and communications at IFSWF, says Asia SWFs also participated in the trend to make more and larger direct investments.

“[More investments were conducted by] local Asian investors such as Singapore's GIC and Temasek, which have traditionally used their local knowledge to access investment opportunities in the region,” she told AsianInvestor.

As the world gradually emerges from the grasp of the Covid-19 pandemic, the funds may have further opportunities to take advantage of, according Will Jackson-Moore, global private equity, real assets and sovereign funds leader at PwC.

He believes upcoming corporate restructurings and need for emergency capital provide an exciting area for SWFs and large pension funds.

"There's been lots of different government loan schemes and equity injections right across the economy," he told AsianInvestor. "Governments are now thinking about how they're going to manage those assets and I think injecting them into a sovereign fund is a good way to maximise the overall return for an economy."

However, Barbary cautioned that it is too soon to tell whether trends identified in the report are here to stay.

“What we do know from previous research is that sovereign wealth funds have, overall, stuck with their investment strategies over the past year,” she said. “As long-term investors, we would expect them to continue to take a long-term view of investing.”

The IFWSF report notes that state-linked funds had high levels of cash as they entered the pandemic, which meant they were well place to support local economies or take advantage of distressed opportunities in 2020.

Speaking at a media briefing to present the report, Enrico Soddu, head of data and analytics at IFSWF, noted that SWFs had increased domestic investments, although the amount allocated was a minority of their total capital.

In 2020 domestic deals increased to almost 20% of overall capital, compared to just 11.94% the previous year and an average of 13% over the past five years. This behaviour may reflect some state-linked efforts to combat Covid-19 and prop up ailing parts of the SWFs’ respective economies.

Singapore’s state investment fund Temasek was one such example. It supported mask distribution initiatives and backing a pilot short-term business stay facility near Changi airport. It also backed a rights issue by Singapore Airlines in June, as the national carrier battled to cover operational costs during the pandemic. 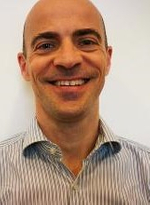 Barbary noted the decline in the amount of capital directly invested by SWFs during 2016 to 2019 was mainly driven by a move away from big-ticket core real estate. Increased competition for property during 2016 to 2019 had driven up valuations, making such investments less appealing.

“We had observed increased activity in smaller private equity deals at the early stage of financing in sectors such as tech and healthcare,” she said. “This trend continued in 2020 as sovereign wealth funds found opportunities amid challenging economic and market conditions.”

Asian sovereign investors were also at the forefront of other trends identified in the IFSWF report, including increased investments into agritech and climate-tech, said Barbary.

The report also showed the SWFs continued to invest into the e-commerce and logistics sectors, both of which were distinct beneficiaries of the lockdowns amid the pandemic. Overall, the funds conducted 36 direct investment deals in 2020, compared to 24 in 2019 though lower than the 37 deals in 2016.

The funds appeared to pull back from a multi-year trend of rising co-investments. The report noted that such deal-making had gained traction since 2016, but funds seemed to move away from it last year. This could be due to the decline in the real estate deals – often done alongside strategic partners and peers – plus the shift towards more domestic investments in need of support during the pandemic.

Indeed, an earlier report on sovereign wealth funds by IE University's Centre for the Governance of Change shows venture capital activity by the SWFs remained steady in 2020. However, it was increasingly concentrated amongst just a handful of sovereign wealth funds with the necessary in-house capabilities to execute this strategy – including Temasek, GIC and Abu Dhabi’s Mubadala.