Thailand’s provident pension funds need to make further strides towards better asset and global asset diversification if they are to meet their investment yield targets. So says Securities and Exchange Commission of Thailand (SEC) assistant secretary general Nataya Niyamanusorn, who spoke to AsianInvestor about the provident fund system’s current drawbacks and implications of a new compulsory pension scheme planned for Thailand.

According to findings of a study shared by the SEC, only 20% of the country’s retirees have saved enough for retirement. A sum of Bt3 million ($95,000) has been calculated as the amount retirees need to survive in Thailand for 20 years. 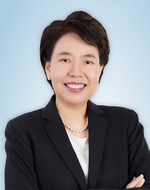 “Low coverage and [an] inadequate amount of money at retirement is the main issue for employees in Thailand,” said Nataya.

Out of 15 million workers in the formal sector – those employed by private firms rather than civil servants or the self-employed –  provident funds cover only around 3 million, or 20%, partly because the system is voluntary for all except newly listed companies in Thailand.

To address this, the country's cabinet in March approved a draft bill introducing a new compulsory pension scheme for workers in the formal sector. Workers in the informal sector, for example, street vendors or those without formal employment contracts, who number 21 million, will still rely on optional saving schemes.

Nataya said the SEC welcomes the new National Pension Fund (NPF) bill, which will force companies to either set up a provident fund or sign up to the NPF. Provident fund membership will also increase “significantly” because companies that have already set up their own will need to ensure all their employees are members, she added.

The NPF bill also seeks to address a lack of portability of assets. When formal sector employees switch companies, they can choose to move or spend their savings, though they can only move them between provident funds, or from a provident fund to a voluntary saving scheme known as the Retirement Mutual Fund. The bill proposes a centralised database of all workers to allow portability between the formal, government and informal sectors, although official details are yet to be disclosed.

Nataya said she does not believe withdrawals are a big issue in Thailand as employees are aware of the importance of retirement savings. Early withdrawals before Thailand’s minimum retirement age of 55 are taxable anyway.

Increasing coverage is one thing but adequate investment returns are required if Thai workers are to have sufficient savings for retirement and that means funds will have to do a better job at allocating their assets to a wider range of classes than at present, the SEC believes. 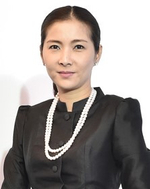 SEC director of portfolio advice and provident fund supervision Sittasri Nakasiri said assets under management grew around 3% to Bt1.2 trillion from June to December 2020. In the same period, membership decreased around 4% as a result of unemployment from the Covid-19 pandemic.

“Normally member growth rate is around 3%,” she said.

In terms of asset allocation, as of the end of 2020, 77.5% of total provident fund assets were invested in deposits and fixed income; 19.5% was invested in equity, with the remaining 3% in other classes, including around 1% in alternatives. As of September 2020, only 2% of AUM was invested abroad.

“The trend [towards diversification] is gradually improving,” said Nataya. “Investment abroad has grown significantly with a 23.3% compound annual growth rate since 2014 and we expect to see more investment abroad both through direct investment and mutual funds.”

Efforts to educate firms and employees have also helped diversification, Nataya said, though she acknowledged that more needs to be done.

In a media interview published in 2017, Nataya said SEC would like to see 30% to 40% invested in stocks to achieve target returns of 3%. Today, the SEC has no such targets: “It depends on each fund’s investment policy,” she said, adding that returns will naturally vary across policies.

“[At present] there are many agencies involved in the pension system,” said Nataya. “I think Thailand should have a national policymaker to make decisions and reform the pension system. The voluntary system is not enough for Thailand anymore.”

The introduction of default target date plans for provident fund members is another reform the SEC would like to see. Under target date funds, the percentage invested in risky assets adjusts with age.

“If we can pass this amendment [to the provident fund act], we will see asset allocation more diversified, and the portion of equity investment should be dramatically higher,” says Nataya. This amendment has been discussed by policymakers but is yet to be passed by cabinet or parliament, she explained. “It will be a long process.”

This story has been edited to reflect the percentage of Thailand's retirees that have saved enough for retirement.