Disclosures on pollutants aside from carbon emissions, particularly in logistics and industrial assets, availability of data, and information on the positive impact of achieving sustainable development goals (SDGs) need to be improved, three asset owners told AsianInvestor. 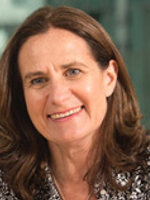 “There doesn’t seem to have had been the drive in the last 10 years [in this area] as there has been a big to get carbon emissions reported," she said.

While companies face considerable pressure to reduce the emissions that cause climate change, those that affect human health are increasing but attracting less scrutiny.

More than half the world’s population were exposed to increased levels of air pollution harmful to health (such as particulate pollution or sulphur dioxide) despite falls in Europe and North America, between 2010 and 2016, the last time the UN conducted a comprehensive survey.

This type of air pollution kills 7 million people worldwide every year according to the WHO, with the highest pollutant concentrations found in Central, Eastern Southern and Southeast Asia, where large-scale urbanisation and economic development has relied heavily on particulate-producing fossil fuels. 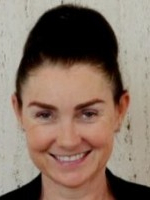 Fiona Mann, head of listed equities and ESG at LGIASuper said that both reporting standards and awareness were trailing information on emissions related to climate change.

“There is certainly work being done in the management of pollutants, such as plastics in waterways, which may not be as visible as other work. I would be interested in seeing further disclosure on pollutants and, in particular, disposable face masks as they are a recent issue which is likely to cause problems in the future.”

However, Dr Raphael Mertens, chief risk officer and head of ESG for Allianz Real Estate said that pollution reporting was secondary to reporting on carbon emissions and energy efficiency in the case of buildings, which is his company’s focus.

He said the exception was in logistics and industrial assets where the reporting could be improved when it involved storage and usage of harmful chemicals such as battery production.

“When acquiring a logistics or industrial asset we will take particular care during our due diligence process. More could be done to improve disclosure, but this is not the most important area for us in terms of reporting,” he said.

But Ruben Langbroek, head of Asia Pacific for GRESB, an independent ESG benchmarking association in the real estate and infrastructure sectors, told AsianInvestor the GRESB framework required reporting on policies and processes to identify, analyse, monitor and treat pollution risks.

Environmental data, whether impacting climate change, health, biodiversity or other areas, is also poor when it concerns companies that do not comply with legal requirements or industry standards, O’Connor said.

“It is present in some of the better data sets [such as] but sometimes rating agencies are [simply] searching regulatory databases,” she noted, adding that these databases were not always available or complete, resulting in investment data on compliance that was scarce or unavailable.

She singled out health and safety as an example where a thorough regulatory regime had ensured a high standard of reporting in the industry.

She said rating agencies adopted a top-down approach that lacked details when information about companies’ individual policies and management information was not available.

“[To fill gaps] agencies mix top-down geographical and sectoral risk mapping. You don’t really see where there is a negative impact [of a business] against the [UN] sustainable development goals. These are not flagged as strongly,” she said.

She noticed that “patchy” reporting was especially evident for emerging risks generally and that the quality of data depended on regulatory contexts and competitive pressures faced by the different companies.

She hailed the success of self-reporting initiatives such as the Global Reporting Initiative (GRI), which is managed by the Global Sustainability Standards Board (GSSB), an international independent standards organisation. The GRI provides a framework for reporting on issues such as climate change, human rights, and corruption.

But where reporting was not required by regulations or international initiatives like GRI there were gaps that could not always be filled by rating agencies, she said.

Investors also face challenges in assessing the quality of the companies’ reports on meeting the United Nations' SDGs. 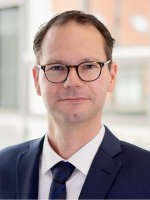 O’Connor said there was a lack of information on the “competitive advantages” that the companies gained from achieving the goals.

“However, companies need to report on how they are managing risks to the goals as well as the positive impacts they are having. [They] need to consider the whole picture,” she said.

She said companies should start tracking revenue from social and environmental solutions and asked themselves if their product was adapting “to take advantage of the shift to sustainable development.”

Mann of LGIASuper agreed that more could be done in this area. “More focus on the positive outcomes or advantages of sustainable strategies would be welcome by asset owners. Investors need to know if they are allocating capital which is providing a return on investment and also sustainability benefits,” she said.

Competitive outperformance was less of a consideration for the real estate sector, said Mertens. “It is less about needing evidence to drive competitive advantage, and more about being realists and ensuring our buildings are fit for the future so that they are fit for investors,” he said.