Global investment into property has taken a big hit this past year amid the coronavirus pandemic but it is starting to rebound, and nowhere more strongly than Asia Pacific, the region that looks set to benefit most from pent-up demand for the asset class.

A wall of money is poised to pour into real estate in the region both from within and outside Asia for several reasons. These include favourable macroeconomics and demographics, the region’s generally more robust and successful response to the pandemic, and a general global investor base which is underweight to Asian property markets. The trend among large Western asset owners is clear.

The real estate arm of Ontario Teachers’ Pension Plan, Cadillac Fairview, is preparing to set up a property team in the region and make its first allocation to the asset class there, while Oxford Properties, the real estate arm of Ontario Municipal Employees’ Retirement System, plans to relocate its Europe and Asia Pacific head David Matheson to Singapore and expand its five-strong team there with a view to as much as trebling its allocation to the region.

Moreover, Dutch pension fund giant APG Asset Management had one of its busiest years in Asian real estate investing last year and envisages 2021 being similar. It now has 15 professionals focused on the asset class in Hong Kong, up from nine in early 2018, said Graeme Torre, APG's Asia Pacific head of real estate.

Certainly in the first three quarters of 2020, property volumes in Asia Pacific held up relatively well compared to other regions. They totalled about $100 billion up to the end of September which is down around 28% year-on-year, Graham said. Globally over the same period, there were $480 billion of direct real estate transactions globally, a third down year-on-year from $720 billion, he added.

But Asia is expected to see substantially stronger momentum for the last quarter of 2020 and continuing into this year – and not just because of the faster economic recovery and overall growth there.

One European pension fund has been underweight Asia Pacific in its real estate portfolio compared to other regions, which is a reason why it is focusing more on that area now, said an executive at the institution. 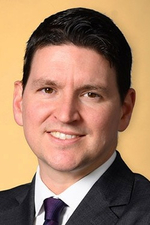 Similarly, many big real estate fund managers have arguably been underweight Asia Pacific, suggested JLL's Graham. “Asia Pacific is the region where many [such firms] have been the lightest [in terms of property holdings],” he noted.

Indeed US property asset manager Hines has just appointed its first Asia chief investment officer. Ng Chiang-Ling will join in Singapore at the end of the first quarter, having previously been Asia chief executive of M&G Real Estate.

Meanwhile, a total of $59 billion was raised by Asia Pacific-focused closed-ended real estate funds between 2018 and 2020, according to CBRE, which estimates that investment volumes will increase by 5% to 10% year-on-year in 2021.

But economic factors are clearly also a contributor to Asia's attraction.

Asia-based investors are taking a similarly positive view, according to CBRE’s Asia Pacific Investor Intentions Survey, which was published this month. Six in 10 (59%) of those in the region intend to buy more property this year, the highest level since 2016.

Even more tellingly, the most popular target region is developed Asia, followed by emerging Asia, with North America coming third – whereas the latter had been by far the most popular destination last year (see graph below).

Among a number of big Asia property deals in the past year, Korea's $700 billion-asset National Pension Service and German insurer Allianz in the past week unveiled their S$634 million ($477.6 million) acquisition of 50% of OUE Bayfront, a prime Singapore office building. "Asia Pacific investors will continue deploying capital in this region as the pandemic has been reasonably well contained [there]," noted Louise Kavanagh, Hong Kong-based managing director on the Asia real estate team at US fund house Nuveen.

The usual institutional investors, such as insurers and sovereign wealth and pension funds, will play their role, as will real estate investment trusts (Reits), Kavanagh told AsianInvestor. Singapore Reits in particular will increase activity and could spend around $10 billion offshore this calendar year, she added.

But while Covid is impacting the real estate investment outlook and trends, the shift towards Asia has been happening for some time.

“Ten years ago the majority of cross-border investment in direct real estate flowed from Asia Pacific into European and US property,” Graham said, “but in the past three years or so there’s been a steadily increasing flow of global capital into Asia Pacific real estate markets.”

Property transaction volumes have risen 70% in the past decade in the region, Graham added.

That momentum is widely expected to grow from here on in.

This story has been updated to incorporate information on Hines's regional expansion.