On April 9 Korea’s National Pension Service (NPS) bowed to public pressure and widened the permissible investment range of local stocks in its portfolio.

It amounted to an effective U-turn, made due to sustained political pressure from retail investors. And it sets a potentially concerning precedent.

Back on March 26, a spokeswoman said the W855.3 trillion ($763.7 billion) pension fund had not adjusted the tolerance range of its strategic asset allocation (SAA) and tactical asset allocation (TAA) to local stocks, despite retail investor pleas as values fell. “In other words, currently the guideline is maintained,” she said.

The announcement followed news that NPS was a net seller of Korean equities for a record-breaking 48th consecutive trading sessions as of early March, selling W14 trillion in domestic stocks. It planned to cut its allocation to local stocks to 16.8% of its total portfolio this year from the current 21%, as part of a longer term goal to add more overseas assets to raise returns.

The local retail investor backlash was pronounced. They loudly complained that the sale of stocks by NPS, which accounts for approximately 7.1% of equity holdings in the country, was mainly behind the benchmark Kospi index falling below the 3,000 mark between March 8 and March 10, amid a bearish trend for the stock market.

Under sustained criticism, NPS’s commitment to maintain its guideline crumbled.

Under the pension fund's revised rules, the investment band for its SAA is increased from 2% to 3%, while that for its TAA is reduced from 3% to 2%. It marks the first adjustment to its target allocations since the limit for stocks was first introduced in 2011.

The changes combined will still allow NPS to exceed or fall behind its overall domestic equity target by 5%, but the practical consequence is that it will face less pressure to sell local equities.

In effect, NPS's new SAA investment range means it can now hold up to 19.8% of its portfolio in local stocks, instead of the 18.8% maximum under its previous rules – although it can still use its TAA variation to cut the total allocation to 17.8%.

Permissible investment range for each asset class at NPS

While the recalibration slightly eases its need to reduce investments into local stocks, NPS says it remains committed to increasing its exposure to offshore assets. The spokeswoman told AsianInvestor the fund still intends to raise overseas investments to around 55% of its assets under management by 2025, and that its goal to invest 30% in foreign stocks by the same year remains unchanged.

Ostensibly, the changes in range will not greatly affect how much NPS will invest in its home stock market. It can still, if it wishes, cut its overall exposure.

However, the precedent is concerning. Like every public pension funds in the world, NPS’s goal should be to maximise the returns for its end stakeholders – local pensioners – in order to best fulfil its fiduciary duties. The chief investment officer of another institutional investor in Korea describes the actions of the retail investors to browbeat the investing goals of its largest pension fund as a form of growing populism.

The government's decision to buckle to the pressure from high vocal retail investors (who are also voters) is understandable. It wants to remain elected, and upset voters would reduce these chances.

But it still sets a bad precedent. Capitulating to such pressure only invites it again. Further such efforts could force the fund to make more strategic changes with damaging consequences for long term investment returns.

Instead of buckling, the NPS and government would do better to educate its aging population about why it is so important for the fund to maximise investment returns, even if it does have an impact on short term local stock performance.

Fail to do so, and NPS could increasingly find itself under pressure to respond to the shorter term needs of populist local investors or the government. And were it to respond, this could undermine the effectiveness of the market itself.

Such a situation is already taking place in neighbouring China. There, a set of state institutional investors collectively called the "national team" are said to follow government orders and use their portfolios to prop up the local stock market as needed. While China’s retail investors may praise such actions, these market interventions are seen to create distortions, making the pricing and resulting allocation of capital more inefficient, said Chen Zhiwu, director, Asia Global Institute at the University of Hong Kong, in February 2020.

In other words, Chinese companies that may deserve to lose value may not do so, while others that may deserve it do not get it. These actions also have unknown but potentially large ramifications for the participating state investors, who have to plough funds into assets they may not favour and that may not fit the long-term return needs of their stakeholders.

For NPS's own sake, it should hold the line on its investing plans. Its priority should be the fiduciary needs of its pension savers, not money-minded day traders. 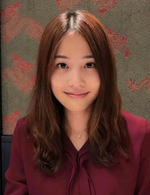 Jolie Ho is the associate editor of AsianInvestor. This article reflects her opinion.