The dollar strengthened following a surprise hawkish turn from the Feds in mid-June but this is likely to be short-lived against the backdrop of strong global growth, Renminbi (Rmb) appreciation, and the US’ rising deficits and debt-to-GDP ratio, experts said.

The announcement triggered the currency’s largest two-day gain of the year. Today, the US Dollar Index, which tracks the greenback against a basket of other major currencies, has climbed from 89.64 on May 25 to 92.04 as of June 29, an increase of 2.7% within a month.

However, this still falls short of this year’s peak, which recorded 93.3 on the index in late March.

Asset managers told AsianInvestor that the recent rise is merely a correction and further weakening of the US dollar is likely – an opinion that echoed the situation last year when experts predicted the greenback's decline in value over the medium term.

For now, many investors were waiting for Friday’s (July 2) US nonfarm payrolls report, which would influence the path of the Federal Reserve’s monetary policy.

This forces investors to consider how best to respond in terms of their asset allocations and appetite for foreign currencies. AsianInvestor invited experts to comment on the US dollar’s rebound and what the currency will look like in the near and longer term. We are structurally bearish on the US dollar and believe it will fall in value over the next several years.

But context matters. We must recognise that the US dollar has been overvalued for over a decade based on longer term Real Effective Exchange Rate (REER) valuations.

Why is this happening now? There are several reasons, among them are sharply rising deficits and debt-to-GDP and the repositioning of China policy that no longer finds a weaker Rmb in their best interest as they shift from an export-based economic model to one that is based more on internal demand. A steady and controlled appreciation of Rmb is a key feature to our view for a weaker US dollar.

Essentially, we do not see the recent rise in the US dollar as anything more than a correction. The most significant move in the dollar has already taken place post the FOMC meeting and it is our view that we will not see substantial strengthening from here as the Fed has moved quickly to undo much of the hawkish interpretation of its pronouncements.

Moreover, strong growth in the US economy, supportive of the dollar, is counterbalanced by substantial US deficits and a massive increase in debt.

Indeed, the dollar may well remain in a trading range at this juncture which will have implications for equity market leadership as the reflation (inflation) trade, buoyed by the tailwind of a weakening dollar, is likely to relinquish its leadership to secular growth stocks. We see the US dollar range-bound in the near term as US growth exceptionalism, decent carry in the G10, and monetary policy divergence (especially the Fed versus ECB) will keep supporting the US dollar while current and fiscal account deficits and valuations will hold it back.

However, we expect the US dollar to move upward in the fourth quarter when the ECB is expected to complete its strategic review and the Fed moves closer to tapering.

Within the currency space, we like the Norwegian krone and emerging market high yielders such as the Mexican peso funded out of the euro. We think Norway will be the first G10 currency to raise rates post-pandemic, with the krone looking solid on terms of trade on the back of oil and featuring low valuations. Our view is that the US dollar can stay range-bound for the moment, but we still expect it to weaken against major G10 and emerging market currencies for the rest of the year.

Whilst markets took fright and sharply adjusted pro-risk positioning in the wake of the latest US Federal Reserve meeting in June, fundamentals remain in favour of further US dollar weakness. Global growth and inflation dynamics still favour the rest of the world catching up to the US, as global vaccination rates continue to pick up and central bank liquidity remains plentiful despite slowing at the margin.

In our tactical asset allocation views, we remain pro-cyclical, meaning that we favour less expensive markets with higher sensitivity to global growth conditions, such as European and emerging market equities over the US.

In the Forex space, we prefer to be selective in exposure against the US dollar, picking emerging market currencies such as the Russian Ruble and Brazilian Real. The outcome of the FOMC meeting was an effective increase in expected real interest rates.

Traditional models of Forex would indicate a shift to a stronger USD on relative rate differentials, but there are two headwinds to this: first, the link between developed currency movements and relative interest rate differentials ha been weak in recent years (USD/JPY an honourable exception).

Second, the shift in US policy expectations cannot mask continued structural hurdles for the USD around its twin deficits, which are strong historical leading indicators to the USD. This matters as structural headwinds make it more likely that international investors will continue to currency hedge their US asset exposure, even if their view of US underlying assets – particularly equities – is favourable. This was often not an option in the past given a rate premia in the US favour.

We remain underweight the USD despite favouring US equities. The roadmap towards policy normalization remains long and with a more hawkish stance now largely discounted, still see value in emerging markets, both in equities and select reflation currency exposure. The DXY* has been trading in a range of 90-100 for the last 6 years. During that time there have been many erroneous forecasts for it to go higher and lower. However, in an era of globally low rates and a global pandemic, currency moves have been more muted than many expected.

The US vaccination process is moving ahead rapidly and reopening is following. This should see higher rates, but the Fed has talked this down. The European Union is behind the US in vaccination, and the European Central Bank equally as dovish as the Fed. China is already slowing, after being the first to reopen and much of the rest of Asia is well behind in vaccinating. So a call on the USD here is not straightforward, unless the Fed becomes less dovish.

A rebounding dollar, should suggest a globally higher rate environment and historically this is a headwind for emerging markets. That being said, several Asian economies are much less vulnerable than they have been historically. This also should be a positive backdrop for value over growth stocks and financial stocks that manage to not lose out in the digitalisation challenge.

*DXY (USDX) indicates the general international value of the USD 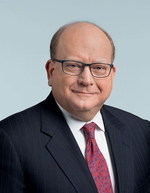 We expect a stronger dollar with monetary tightening and fiscal loosening expected to support USD (rates and economic growth advantage). When real rates rise (remaining negative though) and inflation expectations move lower, the USD should strengthen against both low and high yielding FXs.

In US Equities, we are a recovery phase where the Fed maintains low rates and prefers some inflation. Rotations and dividends will be key themes. On the latter, we are seeing accelerating buybacks and profitability being restored, and the return of dividend increases (US financials/banks). These dividend stocks will become a big theme in the near future due to investors’ search for income.

In US Fixed Income. While the Fed seems happy to prioritise the labour market and ignore inflation as temporary, we think the huge money supply, a sort of demographic boom and limited manufacturing capacity (vs accelerating demand) is likely to create long-term inflation pressures. We think the move stronger for the dollar has happened and expect the dollar to be modestly weaker going forward. Fed chair Jerome Powell struck a more hawkish tone than many expected at the June meeting, and this caused a fairly sharp rebound in the dollar, from just under 1.23 against the euro to 1.19, and from 90 to 92 for the broad dollar index. The Fed indicated there was upside risk to inflation in their view and modestly increased the pace of projected rate increases.

Our positioning therefore remains broadly similar: we continue to prefer Europe and select Asian markets such as Korea and Taiwan to the US, and we have added upside exposure to China. We continue to hold select emerging market FX positions against the dollar.

While we still hold that broad bearish dollar exposure, what changed at the Fed meeting is that further strong data in US employment, growth or inflation could cause further tightening, so there’s less longer term certainty around our view. We’ve therefore taken the opportunity to reduce overall risk and are being even more selective in our positions for the time being.