As global markets opened in Asia this week, the first signs of the growing financial fallout of Russia’s attack on the Ukraine and subsequent Western sanctions began to show. Emerging-market currencies slumped and Australian bonds gained heavily.

The value of the Russian ruble plunged to new lows after Western countries moved to block some Russian banks from the critical SWIFT financial messaging system. On Monday, the US Treasury Department announced more sanctions to come against Russia’s central bank on top of earlier moves against the country’s biggest banks and restrictions on the nation’s bonds.

Safe-haven flows took control of markets in the second half of the day on Tuesday as investors were forced to seek refuge.

The US dollar outperformed its rivals on Tuesday and the US Dollar Index gained 0.7% before settling near 97.50 early Wednesday. The 10-year US Treasury bond yield lost nearly 6% and touched its lowest level since early January below 1.7%.

Gold has also been attracting investors and skyrocketed toward $1,950 on Tuesday. Meanwhile the yellow metal’s digital competitor, Bitcoin also ignored the negative shift witnessed in risk sentiment and managed to push higher, with BTC price trading at around $44,000 by Wednesday morning.

Surging oil prices and increasing financial pressure from the US and allies on Russia — one of the world’s largest energy exporters — are adding to uncertainty about the global economic outlook.

As concerns from market participants continue to grow around the potential negative impact of a prolonged Russia-Ukraine war on global economic activity, AsianInvestor reached out to experts to ask:

What is the best safe haven asset amid the Ukraine/Russia crisis?

Chinese local currency bonds have most definitely shown remarkable resilience and are expected to continue to do so. For fixed income investors facing the myriad of risks — including Fed policy, Ukraine and oil — this has been as close to a safe haven as you can get, and any global or EM fixed income investor without a sufficient overweight to the market has definitely not helped themselves.

It is an idiosyncratic market, characterized by lower sensitivity to global risks, where foreign investor exposure is still at fairly low levels. Recent foreign inflows have largely been driven by global investors moving to index weights as a result of China joining global indices, with the active trading that drives volatility still muted. Thus the market is not experiencing the kind of volatility in flows other developed and emerging market bond markets are seeing.

Meanwhile, supported by a robust balance of payments and high level of reserves, the Chinese yuan, year-to-date and over the last year, has been one of the very small handful of currencies appreciating against the US dollar. 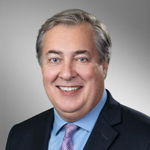 Higher commodity-driven inflation, higher defense spending, and momentum behind efforts to wean the world off hydrocarbons should provide tailwinds to real assets while restraining financial assets. In equities, the markets have already entered correction territory, which provides opportunities in select world-class companies with relatively high earnings visibility and attractive valuations. In fixed income, credit market conditions have not deteriorated materially, and market trading has been orderly. Prices are down, as expected, but without broad-based selling pressure. While the coming sanction regime will have an impact on specific sectors and issuers, we see minimal systemic links to the US and other developed credit markets. For emerging market debt, another inflation shock could pose risks. Yet most major EM central banks have been much more aggressive in their response to the Covid-related inflation surge relative to their developed world peers and are not nearly as far behind the curve. The West's robust sanctions on Russia have placed its economy and financial markets under immense pressure. Against this background, safe-haven assets are playing their role with the US dollar and Swiss franc strongly appreciating over the past 24 hours. Similarly, European and US long-term interest rates both declined by 10 bps on 28 February. However, it is noteworthy the relatively modest reaction of bonds compared to equities following the military and verbal escalations emanating from the Kremlin. This is likely to be explained by the upward pressures coming on the inflation front, particularly for Europe, where inflation forecasts for 2022 have already been revised upwards due to high energy prices.

Our assessment shows that a 15% shock to the price of energy (proxied by the price of Brent crude oil expressed in euros) has an average impact of 0.2 percentage points over a 12-month period on the change in the Eurozone harmonised consumer price index (HICP). We expect these pressures to support long-term yields over the coming weeks, but, over the medium term, major yield curves should keep flattening due to the increasing downside risk on the economic growth outlook.

We believe that commodities and gold are the best safe haven assets today.  Why? The current conflict between Ukraine and Russia increases the risk of a stagflationary environment.  The short-term stagflationary impulse is being driven by supply disruptions and compositional demand changes.  Longer-term, the global trends towards decarbonization and deglobalization of value chains accelerated by Covid-19 will come into sharper focus driven by sanctions and geopolitics.  All assets tend to struggle with stagflation.

Gold is regarded as a traditional safe-haven asset because historically it has provided protection during severe equity drawdowns, market turmoil, and tail risk events. Amid a geopolitical turmoil, we often see market rotation from risky assets into gold due to the latter’s low historical correlation to other financial assets and gold boasting an extremely liquid market during crisis.  As inflation pushes US real yields further into negative territory, the opportunity cost for holding gold remains attractive. Geopolitical risks are always a wildcard in investing and are nearly impossible to forecast. We don’t think this is a time to overreact or adjust plans. Institutional investors should focus on long-term policy objectives, individual investors should remain committed to their portfolio growth and income objectives. All should stick with the broad diversification, asset allocation and portfolio rebalancing plans already in place.

Over the near term, we may see tactical opportunities across public and private markets as energy prices remain elevated and certain asset classes become oversold (such as select emerging markets debt and equity). However, due to market volatility in recent weeks, the optimal entry points may well have passed.

The impact on gold will be interesting to follow. Gold’s price action has been positive on almost every Russian headline. Further, the Russian central bank over recent years has been opting for buying gold over U.S. Treasuries.

We expect alternative investments (especially private investments) to remain relatively insulated from the turmoil, which is one reason they remain a critical part of an investment portfolio. The North American energy sector may benefit from higher oil and natural gas prices, and these stocks have already been among the top performers over the past year. 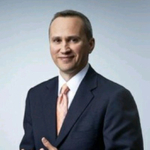 While we cannot begin to generalise the outcomes associated with this conflict, at the very least, it is growth depleting and inflationary. Said differently, this war may hasten the two general factors that have been weighing on markets over the last few months, which is falling growth and higher inflation, reinforcing the forward-looking importance of quality and security selection given the trajectory of corporate cash flows.

Corporate margins are also likely to come under further pressure, assuming supply bottlenecks become more entrenched, and we anticipate longer duration growth sensitive equities may be most impacted. In contrast, defensive sectors, together with energy may be better positioned to weather the shock.

For fixed income markets, a risk-off regime may take over as the result of the crisis. This would likely result in some spread widening, particularly in high-yield and emerging markets, combined with some flattening of the US Treasury curve. A flight to safety suggests that the upward rate normalisation, which was well under way in US Treasuries, will likely be on pause.

Meanwhile, in traditional risk-off scenarios, the USD typically benefits as a defensive asset, with negative repercussions for higher-beta currencies, including emerging market FX.

During past market cycles and events, we have observed the USD, CHF, and JPY to be safe-haven currencies and US Treasuries to be the best barometer of risk aversion. Over the last week though, we have observed a flight towards USD but less than we would expect towards CNH and JPY.

In Asia, the price action in the market has also been interesting as, so far – from the fixed income perspective - there isn’t a clear pattern that is emerging, which probably explains that investors are trying to make sense of it all.

We haven’t seen noticeable inflow or outflow from Indonesian bonds or FX for example, but we have seen appreciation in the Malaysian Ringgit. This could be explained by Malaysia’s energy export status, so higher oil prices naturally are positive for their currency (and the opposite for India, as net importer). In other markets, like Singapore and Thailand, we have seen local bonds strengthen over the last week, but currencies weaken. So, very much a mixed bag in terms of Asian market reaction.