Last week, China’s onshore and offshore currency weakened past the key level of 7 yuan per US dollar. Although it last happened not long ago in mid-2020, this time the declines are accelerating at a much faster pace since August this year.

As the Federal Reserve raised the interest rate again by another 75 basis points on Wednesday (September 21), the Chinese currency further fell to a 27-month low against a surging dollar, with the offshore yuan breaching the 7.1 per US dollar level during trading.

Most believed renminbi’s weakness is largely a function of US dollar strength, in turn, driven by hawkish Fed policy, something that appears unlikely to change any time soon.

For investors, Chinese yuan is not only a factor to tap the water of the Chinese market and the People's Bank of China’s (PBoC) tolerance for volatility. It is also seen as an indicator of the stability of emerging markets.

This week, AsianInvestor collected market reactions to a further weakening RMB, and what it means for investments in China and beyond going forward. The renminbi has actually outperformed some other major currencies in 2022, notably the Japanese yen. Given that inflation in China is under control, and policymakers are looking to stimulate an economy still weighed down by the property market’s malaise and the Covid suppression strategy, easier monetary policy and a weaker currency seem sensible policies, boosting export competitiveness and ultimately the broader economy over the medium term.

However, the key is to avoid a surge of capital outflows as domestic investors try to get ahead of a significant depreciation. In this context, should the renminbi’s slide versus the dollar start to accelerate past 7, policymakers would become understandably nervous. Therefore, I expect the currency move to be a controlled depreciation for as long as the Fed maintains its hawkish policy bias. For investors in China, therefore, government bonds do not appear attractive versus US Treasuries, particularly if one expects further dollar appreciation. The equity market impact is more nuanced – near-term currency pain versus longer-term gain from a more competitive export sector and domestic monetary stimulus. There may eventually be an attractive buying opportunity, but perhaps not quite yet. 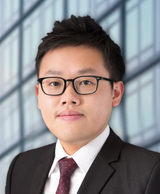 It’s often important to distinguish between the yuan’s depreciation against the US dollar versus its trade-weighted basket. The recent sharp depreciation was primarily driven by dollar strength as many Asian or G10 currencies have fallen even more over the past months. The People's Bank of China (PBoC) has over the years emphasized they will manage the currency against China’s trading partners as opposed to solely on the US dollar, which is why we believe there isn’t a certain USD/CNY level that China will defend in the near term.

That being said, a stable yuan serves as an anchor of stability for emerging markets (EM) and fortunately, the yuan has remained flat year-to-date against the basket which avoids any potential competitive devaluation. On top of looking at movements of the yuan as well as daily fixing set by the PBoC, we often rely on tracking portfolio and institutional flows in and out of the country as well as performance of US corporates with a significant proportion of their revenue and profits derived from China to gauge foreign investors’ appetite towards China.

We have retained our underweight conviction towards EM Asia, which includes China, for much of the year as we continue to see headwinds across the region. Currency weakness is just an additional factor that’s impacting the aggregate sentiment towards China, but a combination of slowing macro momentum, restrictive zero Covid policies, deteriorating earnings outlook and continued pressure on rising global rates should lead to persistent capital outflows and greater volatility across Chinese assets. There are two exchange rate indicators worth tracking by investors, USD/CNY rate and China Foreign Exchange Trade System (CFETS) index. The former mainly reflects the flow of China’s capital account, while the latter has a stronger correlation with the country’s current account and economic fundamentals.

Recent sharp depreciation of yuan against dollar could be mostly attributed to the widening US-China interest rate differential. Since late August, US treasury yields rose quickly as markets expected aggressive rate hikes by the Fed, while PBoC insisted monetary easing to stabilise domestic economy. As a result, Chinese fixed income assets have become less attractive which led to the outflow.

On the other hand, the CFETS index has only dropped 3.3% from its peak in March, pointing to a stable CNY against other major currencies except dollar. Strong export growth and current account surplus lend support to the yuan, and investors’ outlook on China’s long-term growth remains stable despite short-term headwinds. For this reason, foreign investors’ holding of Chinese equity remains relatively stable albeit market volatility.

The dichotomy above also applies to other emerging Asian economies. In the near term, Asian currencies will be widely under pressure from a strong dollar, but long-term prospect remains constructive for most Asian economies, as continuous economic reopening and improving domestic demand provide support to earnings growth in the region. Asian market is likely to experience high volatility in short term against the backdrop of Fed’s tightening and a strong dollar, but this also implies attractive long-term return for investors focusing on fundamentals. In my opinion, the recent yuan depreciation is linked to global risk appetite and economic developments, both inside and outside of China, particularly in the US. Considering the extreme divergence of monetary policy in China and the US, the USD/CNY move to 7 is rather moderate. As stimulus measures to stabilise the housing market in China have failed so far, short-term risks are tilted towards moderate additional depreciation.

On the other hand, sentiment is slowly stabilising. After severe portfolio outflows in the first quarter, outflows have significantly slowed over recent months. According to our analysis, outflows have not triggered sizable capital flight and our business cycle model signals already an ongoing economic recovery in China. However, as the housing market is still in a downturn, the growth recovery is toothless and the time for overweighting Chinese equities is not here yet, but it might change later this year.

We expect a stabilisation of the housing market and more clarity on the European energy crisis by the end of the year. Should energy inventories be sufficiently high in Europe, we may have passed peak uncertainty, as a result, cyclical assets and Chinese stock valuation could be attractive again. The Chinese market is still too big to ignore, and we believe that 2023 should be more favorable for Chinese investors than 2022. 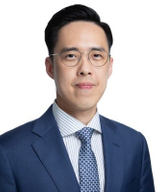 We can empathize with the general worry about rising global inflation and market volatility across different asset classes, risk assets have indeed performed poorly year-to-date; we think one should look at recent RMB weakness as a result of these global events rather than an isolated case. This time around, we would argue that a large part of the weakness was caused by US dollar strength.

The onshore bond market is largely traded by domestic investors, ergo largely insulated from global volatility but RMB has been trading like any other EM risk currency, only with a suppressed volatility. In front of headwinds coming from US, USD/CNY is also susceptible to depreciation even if it moved on a smaller scale in the past.

There are some domestic risks to consider, like a depressed property market, but these will be completely overshadowed by any change in US dollar trend. To address the elephant in the room, short of a US and China military conflict, there’s no reason to believe that RMB will weaken against US dollar in an isolated fashion; if Fed and European Central Bank (ECB) were to signal a less hawkish stance, RMB will rally against USD alongside other risk assets. 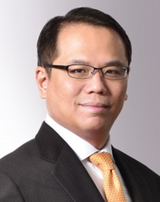 We expect the RMB to see more downward pressure against the US dollar and other major currencies. China’s balance of payments is likely to weaken further under the current macro environment, attenuating its support for the Chinese currency. On the current account, we think the weakening of global demand for Chinese goods and a gradual recovery of China’s domestic demand are likely to narrow China’s trade balance and current account balance. On the financial account, we expect bond portfolio inflows to weaken, as rising US nominal interest rates and the moderation of US headline CPI inflation would progressively widen its gap with the Chinese interest rates on both nominal and real basis.

While a weaker yuan is positive for supporting Chinese exports and the domestic economy, it may raise the prices of key import goods (e.g., oil and gas, semiconductors) on yuan terms. The bright side is that China’s domestic inflationary pressure remains muted hence the impact is not likely to be large at this point.