China’s property sector has once again come under the spotlight in July, as many angry Chinese homebuyers stopped their mortgage repayment on presold units that have been either delayed or stalled.

Since mid-July, the number of impacted projects - many are developed by indebted China Evergrande Group - spiked from about 30 to over 300 in 91 cities across China in a few days, with Henan province being the most serious. The market also expects stalled payments from construction suppliers.

The protests indicate just how deep China’s property woes have become from a developers’ debt crisis to a nationwide revolt.

With government coordination, banks were reported to be mulling over offering a mortgage grace period to homebuyers of unfinished properties and exploring launching a pilot scheme to convert stalled projects into long-term rental apartments, Bloomberg reported on July 18.

AsianInvestor has learned from fund managers that the scale of the payment suspensions so far is small relative to the overall market, with at most 5-6% of mortgages.

However, the property sector has long been one of the most important growth engines for China, and its importance is unparalleled with its multifaceted impact on bank loans, household wealth, and the overall economy.

This week, AsianInvestor asked fund houses how asset owners should read the crisis, and how it will affect investments in China. Initial estimates show that the amount of mortgage loans at risk could range from 500 billion yuan ($73.9 billion) to 2 trillion yuan ($295.7 billion). This would lead to a rise in banks’ nonperforming loan ratio on mortgage loans from 1.5% to 4.5%. China’s banking system is, however, reasonably capitalised, therefore, the banking stress should be manageable.

There are two channels in which this could affect macro stability. A liquidity squeeze is one of them. Thus far, interbank rates have remained stable, and the People's Bank of China (PBOC) continues to add liquidity. The second effect could be seen in housing purchase sentiment. Sentiment is already weak and if mortgage non-payment persists, housing purchases could weaken further, threatening the growth of China.

That said, the above macro scenario will have an impact on asset classes in China. Investors will demand for Chinese sovereign bonds as they are seen as a safe haven. Indeed, we have seen Chinese government bond yields fall in the face of rising global yields. In the credit market, the size of the property debt market has been shrinking and structurally this sector may find it tough to see investments coming back for as long as resolutions on defaults are slow.

Lastly, the slowdown in the macro environment may impact the stability of the Chinese Renminbi although increased infrastructure spending could potentially help offset the property downturn in the long run. 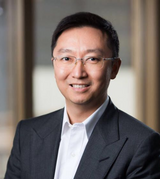 This is not surprising to us as the overseas debt market of private property developers has already reflected the distressed situation, and we expect most of them will default and see liquidity breakdowns until the fourth quarter when the 20th National Congress of Communist Party of China meeting finishes.

As an investor, we have shifted to large state-owned enterprises (SOE) developers since the fourth quarter of 2021, who might take more market share, which turned out to be a good move. The marginal negative is on the banking sector, which is late cycle in nature, and could take more nonperforming loans onto their balance sheet, especially with regulators’ intervention to ensure social stability.

A rough estimate of this event suggests it could impact the banking system’s net profit by low single digits of 2023 earnings. Banks with more exposure to mortgages, the property sector, and heavily impacted regions, i.e., Henan province in China, will suffer more.

While we don’t see the event as posing a wider systemic threat – delayed property projects account for only around 1% of overall mortgage balances – nonetheless, it provides a reminder that it will take considerable time to work through the full impact of the crackdown on high leveraged property developers.

Even a relatively small increase in defaults presents significant risks to smaller, less well-capitalised banks. It also raises the prospects of larger institutions being required to do “national service”. And with property developers facing a bond maturity peak in the next 1-2 months, it may be a bumpy period for both property and financial sectors.

Having said that, our broadly more constructive view on the economy and market outlook remains unchanged. Recent economic data has pointed to a significant rebound following the end of the Shanghai lockdown and – as long as the Covid outbreaks remain relatively under control – we expect an increasingly pro-growth policy setting to provide further stimulus in coming months. Notably, new credit growth figures in June were extremely strong supported by high levels of government and local bond issuance, which will be used to support areas such as infrastructure projects. Given that the boycott so far accounts for a small fraction of the total outstanding mortgage, the size of the impact on the banking sector and financial system at this point is probably not severe enough to induce systemic risk.

But of course, the situation remains fluid with uncertainties of contagion risk of either broader mortgage boycotts that increase the size of non-performing loans for banks or potential spillover effect to upstream and downstream sectors that could amplify the risks.

With the situation gaining more attention and given the importance of housing for household wealth and social stability, regulators will likely introduce policies in the near future to bring clarification to homebuyers who are impacted by stalled projects to anchor expectations and guide banks to lend funds to developers to ensure completion of construction.

The volatility and uncertainty surrounding the mortgage boycott situation will have some impact on investor sentiment, but the focus going forward still centres around China’s macro outlook and economic recovery path amid a more challenging global environment when it comes to asset owners deciding their exposure to China. In the near term, the continued decline in housing prices, though still modest, coupled with the escalating refusals for mortgage repayments will likely weigh on housing demand sentiment as well as the overall market sentiment. However, the value of at-risk mortgages looks small in the context of overall household credit while the scale of mortgage boycott is not large at this stage.

In fact, the issue of unfinished buildings is not new, but the worry is more on how this is further dampening the homebuyers’ confidence, particularly the potential contagion to healthier private developers, as the homebuyers may not be able to easily distinguish between the healthier developers versus the distressed ones.

We believe decisive and effective regulatory measures are necessary to prevent it from developing into a systemic risk and it is critical for the government to rebuild confidence quickly and to circuit-break a potential negative feedback loop.

For China’s property sector, we expect the higher quality developers to continue to gain market share despite a shrinking overall market. We also believe security selection remains key when investing in Chinese assets. With active management, we continue to prefer subsectors with strong policy support, including renewable energy, decarbonisation and high-end manufacturing.