Only months prior to Russia’s invasion of Ukraine, global leaders met at the COP26 Climate Summit in the Scottish city of Glasgow and pledged to step up their efforts in tackling climate change with environmental policies that could achieve a green, low-carbon future.

The rising tide of public and private-sector commitments to net-zero focused institutional investors on what looked like irreversible commitments to the clean energy transition.

Less than six months on from COP26 and the global energy picture has changed significantly.

As Russia is one of the world’s largest producers of oil, gas, and commodities, its war with Ukraine has disrupted the global supply of energy creating a surge in prices, particularly in Europe.

As a result, the global transition away from fossil fuels appears to be taking a backseat for some, as many economies are being forced to focus on energy security rather than the fight against climate change.

For others, however, this choice is not exclusive. The conflict has brought the fragility of the global fossil fuel supply into focus, raising the demand for a faster transition to viable, reliable and clean renewable energy.

Against this backdrop, AsianInvestor asked fund managers how they view the war’s effect on the energy transition and its related investment opportunities.

The following responses have been edited for brevity and clarity.

The Russia-Ukraine conflict has proved deeply concerning. While we continue to assess the overall, long-term ESG implications, it is clear that the conflict has the potential to accelerate the energy transition—particularly in Europe.

It is not easy to switch energy supply quickly without incurring higher costs and hurting the economy. However, the EU is arguably better positioned to do so today given the availability of economical non-fossil fuel alternatives, more innovation in energy consumption patterns, concerns that foreign energy reliance could be used as a weapon, and consumer awareness of the climate and security crises.

This gives the EU a strong reason to push the energy transition harder and faster. We think this will mean increased investment in renewables and, perhaps more importantly, in energy efficiency (such as smart appliances and green buildings), electrification, and other innovations.

Several countries have been reconsidering their path to reducing reliance on Russian oil and gas following Russia’s invasion of Ukraine. However, stepping back from Russian gas raises salient questions over whether there is an alternative to gas for building the base for electricity supply. Nations can ramp up the growth of renewables and other fossil-free alternatives but will need to take a pragmatic approach to changing the pace of phasing out legacy fuels—until renewables, hydrogen, and storage technology can reliably and economically deliver. While this will mean short-term disruption, the long-term outlook for clean energy looks more positive. 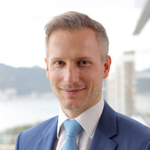 The shift towards Europe pursuing energy independence from Russia will have profound consequences for the energy transition, both in the near and long term.

In the short term, the crisis could lead to an increase and extension of reliance on fossil-fuel power generation assets. Clearly, this will result in a more carbon-intensive energy mix, and more rapidly eat into the world’s carbon budget. In the long term, there is the potential for the current crisis to contribute to a more rapid transition towards low carbon and renewable energy sources as part of the pathway to energy independence.

For investors in the energy transition, the crisis creates challenges regarding near-term volatility, but could add to the urgency of regulatory support by positioning the energy transition as part of the solution to energy independence in addition to the need to combat the worst impacts of the climate crisis.

State Street Global Advisors is closely watching events and markets as we seek to guide our clients through the investment challenges presented by the Russia-Ukraine crisis.

We believe that there will be a growing acceptance of nuclear and natural gas as long-term bridging fuels which is mainly driven by economic and energy security considerations. Regulatory softening with regard to decarbonisation timelines could also be a potential follow-on effect.

In addition, as Russia is a large oil and gas exporter, [with the countries responsible] for more than 90% of global GDP being net energy importers, and more than 90% of global emissions now covered by net zero pledges, decarbonisation initiatives may drive the desire to become more independent from fossil fuels, which could lead to an acceleration of geopolitical tailwinds for renewables. “ Putin’s plan to divide Nato and flex his hydrocarbon muscles has instead energised Nato, with Sweden and Finland now wanting in. Meanwhile, the energy transition is holding despite natural pushback from soaring interim hydrocarbon prices.

Selected attempts in Europe to push back on carbon credits (which would delay decarbonisation) were defeated just last week. Meanwhile, Merkel’s Germany, which indirectly financed Russia’s military buildup via the Nord Stream 2 pipeline (while under-delivering on their 2%-of- GDP military commitment), has now witnessed Scholz’s [German Chancellor Olaf Scholz] pivot to exceed 2% while cancelling Nord Stream 2 and planning to become 80% independent of Russian natural gas by year-end.

As a result, liquid hydrogen, solar and wind projects have been accelerated. While nuclear fission plants (which generate long-lived nuclear waste) have not had their shutdowns extended, third-round venture capital raises for nuclear fusion (which don’t generate long-lived waste) have succeeded.  Soaring gasoline prices are accelerating the transition of auto fleets to electric vehicles (EV). Oceanic solutions to carbon capture are finally getting their due.

Next up? Look for President Biden’s visit to Saudi Arabia to weaken the “+” in OPEC+.   Yes, the higher oil prices have been welcomed there, but not so much their associated acceleration to clean energy. Russia and Ukraine are both major energy and commodity exporters, and the war has caused the imbalance of supply and demand, resulting in increased global energy costs. There is even some debate about turning back to coal to resolve the shortage issue in the short term.

We still see sustained support for clean energy solutions where growth in new energy areas such as hydrogen and biofuels, among other solutions continue to see good traction. More than 100 days into the crisis, Europeans are going through a delicate balancing act between energy security and energy independence. Russia has been supplying 8% of oil and 17% of gas globally. This cannot be replaced overnight.

The immediate threat to energy security has led to quiet compromises such as a higher tolerance towards “dirtier” sources. The longer-term objectives of energy transition, however, did accelerate. Germany, Europe’s largest economy, is now pursuing renewable energy at any cost.

There is also a different story in relatively poorer economies. Renewable energy projects already require a high upfront investment, and inflation as well as rising interest rates is only making them harder to get funded.

In response to such an environment, we’ve increased the direct exposure to renewable energy to almost 30% in our actively managed strategies focused on renewable energy, food and water. The intense level of government-funded research and investment seems comparable to COVID-19 vaccines when the pandemic first hit. On the company level, of particular interest are those specialised in energy generation and storage technologies of intermittent power supply. 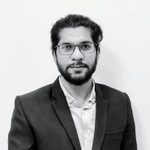 The war in Ukraine has unveiled multiple implications for the energy transition. In the short term, the immediate surge in energy prices as a result of the war has prompted calls for higher investments in the hydrocarbons sector to ensure energy security, in some cases at the expense of investment in renewables. In the medium term, however, fossil fuel net-importers such as the EU, Japan and China would accelerate the shift towards renewables whereas those with large domestic fossil fuel reserves such as the US and Australia could take a more tempered approach to shedding fossil fuel dependence.

The twin target of ensuring energy security and mitigating climate change is expected to boost long-term prospects for energy transition. However, the war has posed challenges to that as well. Returns for private investments in green assets will be clouded by rising material costs and high interest rates. Public funds would also remain stretched due to efforts to ease the rising cost of living, particularly impacting aid budgets to developing countries for their energy transition. Emerging clean technologies such as hydrogen and CCUS would receive enhanced policy support, as they are increasingly viewed as necessary components of the energy transition.