The European Central Bank (ECB) raised interest rates by more than expected on Thursday July 21, as concerns about runaway inflation trumped worries about growth, even while the euro zone economy is suffering from the impact of the war in Ukraine.

It was the ECB's first rate increase in 11 years. The ECB raised its benchmark deposit rate by 50 basis points to 0%. Ending an eight-year experiment with negative interest rates, the ECB also lifted its main refinancing rate to 0.50%, and promised another hike, possibly as soon as its September 8 meeting, with more to follow later.

This week, AsianInvestor asked fund houses how investors with allocation plans to Europe ought to react to the increased interest rate from the ECB, the announcement of further increases later this year and what new opportunities the hikes provide in the European market, if any. The ECB faces a thankless task ahead. Growth is slowing considerably with downside risks into the winter as the likelihood of impaired gas supplies from Russia raises the distinct possibility of energy rationing and thus a material negative impact on growth – particularly in Germany. Meanwhile inflation remains highly elevated most acutely because of the historically high prices for gas and electricity.

Thus the ECB faces the prospect of hiking into a potentially severe recession. The recent 50bp hike goes some way to putting policy on a more appropriate setting given the inflation situation but it seems likely that the growth outlook will curtail ECB attempts to get the deposit rate meaningfully higher than it is already.

Add to this already concerning outlook the renewed uncertainty in Italian politics and from an investor perspective the European region looks increasingly unattractive in an international context. Bond yields remain lower than comparable markets either side of the Atlantic while cyclical assets will struggle to perform given the economic and political challenges which lay ahead. Last but not least the euro looks likely to weaken further which will act as an additional headwind to international investors who may consider increasing investment into the region. In Europe, there is still a substantial difference between headline and core inflation, with the former driven by elevated energy and food prices. The reliance of Europe on Russian gas amidst the ongoing conflict can lead to more persistence in energy inflation as the flow of natural gas remains unstable, contributing to price volatility. While inflation pressures should eventually abate, inflation expectations in the short term have picked up. Uncomfortably high inflation and the likelihood of its persistence is what contributed to the ECB having to deliver a larger than expected rate hike in July to anchor inflation expectations. Going forward, we can expect the ECB to stay hawkish as they remain resolute in fighting inflation.

While exiting a negative rate regime can be a positive for European banks and the introduction of the Transmission Protection Instrument (TPI) can help prevent excessive fragmentation, it is difficult to get too positive on the European economy. Consumer confidence has hit an all-time low since 1985 and the forward-looking components of manufacturing and services PMI have also declined to levels consistent with previous recessions. Until the growth outlook improves, we think investors will be better served allocating to higher quality US equities or Asia-ex-Japan equities where the policy backdrop is increasingly accommodative, valuations are attractive, and the reopening impetus continues to drive domestic demand. The start of the ECB’s rate hiking cycle likely does little to change the trajectory of European assets for the near term. Fixed income markets, which have been under pressure all year, are still likely to suffer from persistently high inflation, the central bank’s efforts to combat inflation and, in cases such as Italian government debt, potential political volatility. Equities remain vulnerable as well, thanks to a combination of rising energy costs and slowing demand as real income growth contracts and consumers retrench. Foreign asset owners should also still be hedging EUR-denominated assets in our view. The single currency is undervalued against the USD but is likely to suffer from all of the pressures detailed for European asset markets for a while longer.

If one needs to allocate to Europe, defensive stocks are likely the best bet in this environment – health care and consumer staples should likely offer better relative performance. And, long term, the ECB’s introduction of its Transmission Protection Instrument, to target fragmentation risks and disorderly moves in bond spreads within the Eurozone, should leave Italian government debt an interesting proposition. However, quite a few short-term hurdles need to be cleared before this long-term appeal is realised. The end of negative rates will no doubt seen as a positive for investors in general, but however successful the ECB are in lifting rates further, Europe is destined to remain a relatively low interest rate region. However low interest rates aren’t a bad thing for investors especially those who hedge the currency exposure of their investments. For investors in places like Japan, European government bonds remain extremely attractive on a currency hedged basis, reflecting both the interest rate differential but also the comparatively steep curve in Europe and the yield advantage it offers to currency hedged investors.

As the ECB lifts rates further and assuming it can, it is likely to offer attractive opportunities to buy corporate debt and government debt at yields that have been unavailable to investors for the past decade. This should be an opportunity to be grasped as it seems likely that weak growth in Europe should mean that the period of high inflation currently being experienced should fade in the coming year or two and interest rates will likely move lower in response even if perhaps not to the negative rates we have become accustomed to in the previous few years. One thing to keep in mind when assessing the impact of rate hikes is the context and question of what was anticipated. Globally, inflation has been high, and the Fed has had much higher real and nominal interest rates than Europe, keeping the US dollar strong. Despite the headwinds of Ukraine and energy supplies, the ECB surprised markets with a 50-basis point rise, which has been more aggressive than the Fed in terms of the rate of change.

From a currency perspective, I expect the dollar to stop its significant rise against the euro, which will have interesting dynamics for European-based multinational companies that receive many different currencies. The removal of liquidity also impacts companies that depend more on liquidity, most notably real estate. On the flip side, the ECB’s decision could benefit financials. In 2022, market participants’ #1 fear is inflation. It is fearsome for two reasons. First, it seems difficult to tame the inflation beast; Second, as late as central banks are, it could take a recession to purge the economy from it.

The ECB’s decision to put an end to Mario Draghi’s era is a net positive: the end of an explicit forward guidance means an increased realism while the termination of negative rates is a clear sign that the inflation problem in on ECB’s map.

Dissipating this central bank uncertainty is an overall market friendly decision and the price action that followed the ECB’s announcement is clearly consistent with that.

From our perspective, this decision should comfort investors having their eyes on Europe. European stocks are more value than growth, and value stocks outperform during inflation period and real rates surges. Second, with sound credit metrics and higher yields, the investment grade space looks appealing. Finally, holding cash in diversified solutions when the odds of a recession are rising and having a higher return on it is welcome.

When looking through the recession and energy risk, Europe looks now more appealing than six months ago. 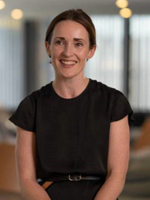 There are lots of unknowns and potential tail risks attached to European assets at the moment – the terminal level of Euro rates, Italian political instability, lack of clarity around what might trigger the TPI, gas flows to Europe and all of this in the context of its proximity to the ongoing war in Ukraine. It isn’t just the market that is experiencing this volatility, the ECB found itself in the unenviable position last week of hiking bank rates for the first time in 10yrs and announcing the hotly anticipated TPI while there was no government in place in Italy. Predictably this didn’t go down well.

In terms of ranking these risks we think Italian political risk is key at the moment. The new TPI is designed to block “unwanted, disorderly market dynamics” that might threaten the transmission of ECB policy. However, the lack of clarity around what would trigger the TPI makes it likely that the market will continue to test what it might be. This is potentially very bad news for Italian/European risk given the political uncertainty because, although the TPI is unlimited in size, the criteria is very focused on compliance with the EU fiscal framework which the right leaning members of the current coalition are vocally against.

Additionally, with an election coming up on the 25th Sept the caretaker government lead by Draghi will only be able to deal with more current affairs. It will be unable to initiate any additional reforms and this will likely delay the budget and challenge the implementation of the Recovery fund in the second half of this year.

All of this will put pressure on Euro government spreads and it will very difficult for the ECB to respond to without appearing overtly political.

In terms of the hiking cycle, as economists have been downgrading their growth outlooks the market has been pulling back on expectations for hikes this year. Which makes sense given the risks to growth from uncertainty around the natural gas outlook and the inflation profile.

All of this said European assets have underperformed other markets sharply and we think that being long Euro credit vs the US is looking more asymmetric over the near term. Valuations are very stretched, and for good reason. However, we think some of the bigger tail risks are diminishing now that Nord Stream is back online.