Due to previous US midterm election results, it was a surprise that incumbent president Joe Biden’s Democratic Party was able to hold on to its majority in the US Senate, ensured by vice president Kamala Harris having the final vote in case of a 50-50 tie. The precedent was typically weak midterm elections for the ruling party that led to a loss of majority in Congress.

The Senate majority is seen as crucial for the president, given the Republican Party has majority power in the House of Representatives.

In other news, US inflation rates inched down in October, sparking a rally on Wall Street as expectations mounted that the Federal Reserve will ease up on interest rate hikes next month. Despite the recent rate increases, US payrolls surged by 261,000 in October, better than expected, as hiring remains strong.

Against this backdrop, we asked asset managers how Asian investors with allocation plans to the US should react to the US midterm election results, and what investment opportunities might be in favour, considering the political climate going forward. The prospects for investing in the US are quite muddied by the election. It seems that the Republicans have won control of the House, which will make passing legislation extremely difficult. Even passing continuation bills for spending will likely be torturous and based upon special interest group lobbying.

There is even the possibility that right-wing members of the House could prevent a rise in the debt ceiling. This would lead to a fiscal cliff that would significantly impact the economy, both directly and indirectly through the loss of confidence. Had the House win been larger, this scenario would have been less likely, but now it seems it has a 50% probability, with at least some tumult likely before some kind of compromise.

Often, the equity market does not mind political gridlock, and it will likely assume that some kind of deal on the debt-ceiling will be reached eventually, like before, but the longer it drags out, the more risk markets will be affected. Moreover, if some event occurs that actually requires government action, risk markets will not be happy with gridlock. In any regard, the prospects for fiscal stimulus are very low, as both Democrats and Republicans are worried about inflation. The Democratic Party managed to retain its majority in the Senate, but the Republican Party [has regained] a majority in the House of Representatives. A divided government means President Biden would find it very challenging to pass pieces of major legislation through Congress in 2023 and 2024. The same applies to major fiscal stimulus packages, even if the US economy falls into recession. This also means the Federal Reserve could need to do more heavy lifting when economic momentum weakens in 2023.

We expected limited market impact from the election results, since the consensus is for the Republican Party to win back at least the House. The market should be eyeing inflation and the Fed’s policy outlook instead. With the October CPI report coming in below expectations and showing receding inflation pressures across various sectors of the economy, we expect this inflation wave will continue to moderate. Having said that, the Fed is not likely to pivot in 2023, but only pause, as it waits for inflation to come down and the real rate of interest to become positive. Historically, a divided Congress with a Democrat in the White House tends to produce little to no new legislation, lower budget deficits, and political dysfunction. We expect this trend to continue in the 118th Congress.

This means that factors other than legislative activity — inflation, monetary policy and geopolitics — are more likely to influence investor returns. To the extent the new Congress moves markets, it may be unintentionally, via a government shutdown, or brinksmanship around the US debt ceiling.

These are likely to result in risk-off moves among investors, to cash and government bonds, and a flight to safety to the US dollar and other haven currencies. But these moves are likely to quickly reverse. 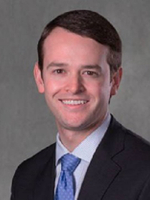 With midterms results pointing to a divided Congress, gridlock is the base case for the next two years: a result that has historically been supportive for risk assets as it reduces the likelihood of significant legislative changes. But the economic and earnings cycle tends to be the central driver of risk assets.

That said, the midterm results do have a few important market implications. With growth set to moderate further from the post-pandemic boom, incremental fiscal impulse is likely to be nearly nonexistent, suggesting growth sectors are likely to regain leadership in a slower growth world as inflation decelerates. GOP control of the House also brings with it the risk of a potentially contentious bout of political brinkmanship over the debt ceiling that could prove a source of market volatility in 2023.

Finally, waning support for continued funding for Ukraine from the right side of the aisle could force a more rapid conclusion to the conflict. While this would likely have little direct impact on US markets, the removal of this sizable macro overhang is important for global asset allocators, as it could very well drive a meaningful softening in the dollar and rally in European equity markets. It’s likely that the US dollar will top out as we head into 2023. The Fed will be much closer to this famous pivot, the rate of inflation should be much lower, and the dollar is already arguably overbought — with a 20% plus rally over the past 12 months. Commodities, commodity currencies and commodity-stocks should outperform wonderfully when the mighty dollar finally does turn lower.

The Biden administration has been very hands-off with the Fed, so they’re unlikely to prevent the Fed from pausing its hikes or even talking about cutting them in 2024. This should help US exporters boost profits, although this is also contingent on global demand. We should also factor in the lower growth environment, especially given that expectations are for lower growth in 2023 and 2024. Investors may need to become better stock pickers and seek those hot, countercyclical sectors.

[The year] 2024 could be a volatile affair for US equities, now that Donald Trump has thrown his hat into the ring. Wall Street loves him, as he is anti-regulation and loves low rates. In fact, he is already speaking about 1% inflation being the ‘magic number’, and that will be very bullish for US equities if they believe he is in with a shot. Investors have historically tended to welcome divided government, in part because a pause in new legislation provides certainty for business. History shows some of the best periods of returns come when one party controls the White House and the other party controls at least one house of Congress, which is what we will be seeing in 2023.

In terms of immediate impact, markets have historically adjusted to whichever direction the political winds are blowing. As a result, it's prudent not to overemphasise the impact of electoral outcomes, particularly as we’ve seen that markets haven’t immediately reacted strongly either way to the results.

While 2023 is likely to be a challenging investment environment for a number of reasons, a divided Congress may offer markets a modest tailwind for Asian investors allocating to US markets. This may be particularly true if the Republican-controlled house manages to block fiscal measures aimed at propping up the US economy in the face of a recession, thus forcing the Fed to take action by reducing interest rates, should inflation levels allow them to do this. 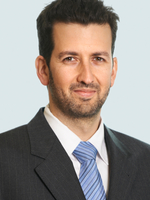 The consistency of the US electoral calendar offers a longer set of data series on how markets respond to changes in policy expectations. For first-term presidents, the third calendar year tends to generate the highest equity returns during the four-year cycle, with an average of around 20% annual gain (covering the post-1948 period).

The common explanation for this phenomenon is that the midterms generally deliver a divided government, which ensures policy predictability in its aftermath. Markets tend to gain confidence about the election outcome in October and start rallying. In 2022, too, the pre-midterms followed this pattern, albeit with much more volatility. Returns for October were near 8% after dropping nearly 10% in September.

However, in contrast to previous US midterms and despite the recent market rally, we caution to wait for a later entry point into equities. In 2018, equities bottomed [out] just around the date of the final rate hike, not before. An annual outperformance in 2023 is likely, but there is more monetary tightening to come before a market bottom. That entry point will also signal a shift into cyclicals as markets forecast the eventual recovery from the shallow contraction.