A regulation overhaul in China on cybersecurity is happening swiftly after the government’s crackdown on ride-hailing firm Didi, and fund managers think short-term repositioning and sector shifts need to be considered on Chinese stocks.

Right after Didi’s $4.4 billion initial public offering (IPO) on the New York Stock Exchange on June 30, the Cyberspace Administration of China began its clampdown on the firm, and subsequently it published a draft revision to the country's cybersecurity review regulations on July 10.

The regulations included a requirement for companies that possess over one million items of personal information to be subject to cybersecurity review when listing abroad – a threshold easily crossed by a company of a significant size considering that China has a population of 1.4 billion people.

The overhaul on cybersecurity and data protection in China had a ripple effect on other newly-US listed companies and large data carriers in China, knocking down the share prices of Chinese companies both on the Hong Kong and New York bourses.

The MSCI China Index has fallen 5% since June 30, while the China-tech composed Hang Seng Tech Index had slumped as much as 12% by July 9. The Hong Kong tech index has since recovered slightly to close 6% down on Thursday (July 15) compared with end-June.

Experts AsianInvestor talked to believe investors should be cautious about data sensitive companies in the short term. But in the long run, they think emerging Chinese companies still offer an attractive valuation, and the short-term downside risks provide a good opportunity for investors to coin in on the discount opportunity.

AsianInvestor asked fund managers and experts how the cybersecurity regulation and the rising regulation risks in China will affect their approach to Chinese stocks.

Policy normalisation, tech regulations and profit-taking have all contributed to a mediocre performance from China equities in the first half of the year. On tech regulation, we expect uncertainty could persist for some time before we reach clear outcomes on issues like data privacy. That’s indicative of the tech sector evolution, as regulators seek a balance between competition and consumer protection and strategic concerns.

We see themes such as carbon reduction and consumer spending taking the front stage more so than tech or e-commerce perhaps in the next few months. It will require investors to be open-minded to explore attractive new investment opportunities on a valuation basis, such as small and mid-cap companies.

As China’s GDP growth normalises, corporate earnings growth momentum should slow down as well. Investors may remain cautious as uncertainties about monetary policy and sector regulation persist, likely putting pressure on stock valuations in the second half of the year. In this environment, investors should focus on quality companies with long-term growth potential. Certainly, investors have begun to re-assess their growth expectations in light of regulatory risk. The outcome of the cybersecurity policies is anyone’s guess at this point and investors always would like some clarity before calling the worst is over. Once there is more clarity and/or if valuations become a screaming buy, there would definitely be rationale fundamental investors that will be willing to be positioned in the Chinese internet sector.

I think in terms of timing, the Didi case seems to have coincided with the flurry of non-China Asian internet IPOs. In the coming months, there is a slew of Asian internet IPOs coming from India, Korea and even Indonesia. So, when one talks about Asia ex-Japan internet, the breadth of the sector is definitely expanding beyond China, which is positive for the whole region.

One must not forget that some of these non-China Asian IPOs are also backed by Chinese internet giants. So, I would not say that investors have lost their interest in Chinese stocks.

China’s regulatory environment on the internet space has been evolving, and recent news around cybersecurity simply reflects the recognition that the world is a different place today. It is quite clear that the digitalisation trend has been accelerated since the pandemic and is unlikely to slow down. 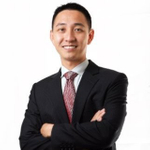 Data protection regulations in China have been around for over two decades. The recently passed Data Security Law and soon to be passed Personal Information Protection Law will help to aggregate various policies and provide clarity as to what the companies’ responsibilities are. This is not a bad thing.

Recent events don’t change our investment approach to China because we expect the regulatory landscape to shift and mature along with the economy.  In our view, the government is basically saying “hey, you can continue to grow, but do not put our national security at risk.”

In general business models of the various internet companies are still evolutionary in nature, leading both to more competition as well as arriving on the borders of government regulations, thus inviting more scrutiny.

We view the current regulatory crackdown on Chinese internet stocks as a one-time reset of the rules of engagement rather than an ongoing confrontation. This would be in keeping with similar episodes of heightened regulatory scrutiny seen in the past, which served to ensure that private enterprises remain aligned with the government on issues such as market competition, product safety, social policies, public good and national security.

Over the medium term we see the larger challenge to China’s internet sector being rising competition, which will require from investors greater emphasis on fundamentals and stock selection.

Despite these challenges we continue to believe that some of the leading Chinese internet names warrant a core allocation in emerging markets portfolios due to ongoing earnings sustainability, fuelled by a proven ability to expand and diversify their total addressable market.

We think the primary objectives of the regulators are to avoid systematic risk and also any antitrust issues, rather than stopping firms from being able to grow and monetise their platforms.

However, given the unknowns, investors do appear to have taken flight in recent months - just look at a recent price chart of FAANGS vs BATs (chart below). This means there is now a significant valuation gap between firms in developed markets and emerging markets with similar business models and some market participants are starting to coin this the “CCP discount”.

That said, we are hopeful the regulatory overhang will gradually clear over time and we continue to believe that a number of tech-related companies, benefiting from strong structural shifts towards things like e-commerce and digitisation more generally, are great long-term investments.

Alibaba is a good example - with the regulatory concerns having potentially peaked and the share price having fallen 35% over the last nine months, the core e-commerce and cloud businesses are now valued on very attractive multiples. This is an additional risk that investors need to be aware of when investing in the Chinese internet sector and it follows the recent anti-trust regulations and stepped-up enforcement. Hence we believe that broadly regulation risk has increased but we also note that it has been reflected in stock prices to some degree already. If companies comply with the stepped-up regulations then sentiment around regulatory risk can improve.

We have also seen a trend of regulation risk coming to the surface more frequently not just in tech but other sectors like education and healthcare in China. The regulation can also come through much quicker than we see in developed markets and without a long consultation process. Investors need to keep this in mind both in terms of companies they invest in as well as in sizing positions as in some cases like China Education the expected regulation looks like being much harsher than expected.

Having said that, the intention behind China's anti-trust regulation is sound. The fines implemented have been quite reasonable, as have the rectification measures that players like Baba and Meituan have had to put in place to reduce anti-competitive practices like merchant exclusivity.

Cybersecurity is something that will stay up with us for a long time. In the last 10 years, the US has been working on cybersecurity, and it just happened that China is now in the midst of it. But I think the impact on stocks, if any, will be very short term. At longer term people have to live with it and have to do more requirements that would meet the regulations of China.


The only impact if possible is when stocks are trading at sky-high, and they need an excuse to come down. That is one of the reasons where people will take an excuse to take profits in the stocks, which were overvalued in the first place.

I think to us, the more important thing is in terms of valuation of the companies, rather than saying, it's going to be negative on just a headline of cybersecurity.