Asia Pacific’s largest investors have not made enough progress towards addressing climate risk and should consider more drastic measures such as mass divesting to force companies to lower their carbon emissions, say industry experts.

The region is home to some leaders in the management of climate risk, such as Japan's Government Pension Investment Fund and New Zealand Super. The latter’s Climate Change Report is seen as an example of what a disclosure report could look like for other large institutional investors.

But other asset owners cannot boast the same level of commitment. That is leading environmental, social and governance experts to urge them to step up their activities. 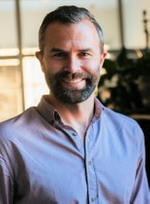 Many organisations want asset owners to more vocally urge corporates they invest in to offer more information on their carbon emissions and to engage company directors in active discussion on their transition to net zero - the point at which the amount of greenhouse gas produced equals the amount removed from the atmosphere.

“We have made it clear to asset owners that where companies have failed to meet expectations on climate risk disclosure, escalation should be considered, be that filing shareholder resolutions or voting against directors,” Dan Gocher, director of climate and environment at the Australasian Centre for Corporate Responsibility (ACCR) told AsianInvestor.

“Although an increasing number of companies publish sustainability reports, these do not systematically include quantified, standardised information and do not provide meaningful data for investors,” said Rebecca Mikula-Wright, executive director at the AIGCC. 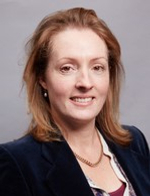 A lack of sufficient information disclosure is a particular problem in China. Investors still have difficulty getting meaningful responses when engaging with many companies operating in the world’s second-largest economy, said Mikula-Wright.

Its efforts were bolstered in April, when the Australian Council of Superannuation Investors (ACSI) announced an industry-wide campaign to vote against the re-election of directors they believe have failed to manage climate risk appropriately.

However, asset owners appear to believe the effectiveness of engagement has its limits too, at least in some cases. A new survey from Procensus polled 64 institutional investors in the US, Europe and Asia. When asked if they believed oil companies will successfully transition to net zero businesses, only 10 respondents said yes.

“Engagement and disclosure are not in themselves going to deliver net zero targets,” he told AsianInvestor. “The next decade is going to be dominated by portfolio investment decisions. In that regard there is already sufficient disclosure of information by corporates for investors to begin to make (divestment) decisions.”

Korea’s National Pension Service has come under pressure from environmental activists to divest from coal mining companies. The W659.97 trillion ($586 billion) pension fund’s fund management committee is currently deliberating on whether to sell its stakes in domestic coal producers and related industries.

Many experts argue that divestment does not provide a silver bullet. “If we just divest, then we are not enabling change in the real economy,” argued Kaisie Rayner, climate change lead at Royal London a UK-based insurance asset manager. “We need to draw a line in the sand and ask: have companies demonstrated they are willing and able to transition?”

“It [engagement] is a really an opportunity for active investors to show their edge against passive,” added Lucien Peppellenbos, a climate strategist at Robeco. "But I wouldn’t expect passive investing to end here," he added.

However, one argument that is beginning to gain ground is that passive investors collectively follow new climate-friendly indices that exclude pariah companies, effectively meaning a mass divestment from them.

“While it is true that one investor divesting makes no difference, if we see all the passive funds start to divest, then that is half the market and you’ve got some momentum behind it,” said Rayner.

“The hypothesis at the moment is that divesting has minimal impact, and that is perhaps true in the short term. But it’s worth exploring whether that will hold over the longer term.”

The possibilities it will do so could improve, given the fact that climate change strategies appear set to gain traction among institutional investors. The head of ESG research at a global index provider told AsianInvestor that such investment strategies are becoming a specific strategy priority for investors.

"If you have an expectation from your stakeholders that you need to have a net zero target eventually you need some form of climate strategy to reduce emissions," he said. "For us this is by far the biggest trend in the ESG space."