As more research has emerged about biodiversity risks and their potential impact on economic activities, investors have increasingly sought out integration in their portfolios.

Asset managers AsianInvestor spoke to said that investing in biodiversity is not so different from any other area of environmental, social and governance (ESG) – investors need to manage biodiversity risks, while also being able to pinpoint investment opportunities.

READ ALSO: Biodiversity loss - the next big challenge for investors

“We're probably at the same spot in biodiversity as we were on climate change five years ago,” Michael Herskovich, global head of stewardship at BNP Paribas Asset Management, said. 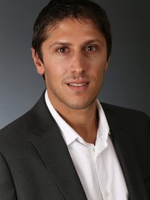 “But it is probably even more complex on biodiversity because where climate change faced the challenge of knowing the carbon footprint of companies, when you're looking at biodiversity, well, what are you going to look at?”

There is no single metric for biodiversity, he explained. But the firm does use several indicators such as water usage, proximity of facilities to water stress, or impact on forests. However, getting access to that data remains a challenge.

“We have been participating with the CDP (carbon disclosure project) that has a long history of trying to standardise and get access to data from companies especially on forest and water,” Herskovich said.

“We have a dozen of companies that we are leading on behalf of the CDP campaign, and we are asking them to disclose. We are also putting pressure on [portfolio companies] by using our voice as investors,” he said.

“We targeted 25 companies this year to ask them to disclose their water and forest impact through CDP data. And we also oppose their director election or financial statement [if they do not comply]. So really trying to combine those forms of engagement to get access to the data.”

BNPPAM has also been working on an initiative called Natural Action 100, which aims to launch in the summer and be the biodiversity equivalent of Climate Action 100. It will involve asset owners and asset managers worldwide to engage with companies on corporate governance and preserving parts of nature at risk of loss.

Asset owners have become more attuned to biodiversity risks and the asset manager has had more interest from its clients particularly on stewardship, Herskovich said.

Investors have also started to hunt for investment opportunities in companies that seek to preserve biodiversity.

In Singapore, for example, state investment firm Temasek has highlighted the potential for economic damage as a result of nature loss and family office Silverstrand Capital has dedicated itself to conserving nature and protecting biodiversity.

In late May, Silverstrand launched Asia’s first biodiversity-focused accelerator that will award select participants up to $250,000 as start-up capital.

“Mankind needs to work with nature, not against it. The business case for protecting and enhancing biodiversity is stronger than ever,” Kelvin Chiu, principal of Silverstrand Capital said in a statement. “Our programme is designed to upskill founders so they can meet the challenges ahead.”

“The team and I at Silverstrand Capital all share a deep love for nature, and its beauty has inspired us to protect biodiversity,” Chiu said in a LinkedIn post last week. “Nature is indispensable, and investors and entrepreneurs have a huge role to play in addressing the ecological crisis.”

Some sectors that are at higher risk of negative biodiversity impact include consumer staples, industrials and even pharmaceuticals. However, Herskovich said that industries aside, companies should be screened individually for impact, depending on factors such as the business model and location of facilities. And it could also be the case that a company is “high risk” but has the right risk management system.

Then there is also litigation risk to consider in situations for instance of “huge biodiversity loss through things like pesticides usage or deforestation,” Tomomi Shimada, sustainable investing strategist for Asia Pacific at JP Morgan Asset Management said.

Investors should also consider the risk of changing market preferences as consumers shift to preferring firms that have a positive impact on biodiversity, Shimada added.

On the flipside, companies that provide solutions to biodiversity risks have emerged, providing an opportunity for investors.

There are also opportunities in sustainable or smart agriculture systems, the circular economy, alternative proteins and water solutions, sustainable fisheries, and so on, she added.

In May, Temasek’s chief sustainability officer Steve Howard said that the firm had invested in a company that produced cultured chicken. 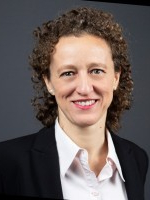 While investing in biodiversity is a relatively new concept, it will only grow over time, even if it faces challenges today, such as the lack of access to data and diversification, as well as greenwashing claims from companies.

For now, the main challenge of investing in an impact fund is the scale, according to Elena Tedesco, portfolio manager of Vontobel Asset Management’s impact fund.

“We try to have a fund that can appeal to the average investor, not necessarily a niche investor, because we think, again, that this area is going to grow. This is going to be the future, it's not the past. So you can be a normal investor and invest in impact solutions, but you need to be diversified,” she said.

Investors would also do well to look out for companies that claim to be leaders in biodiversity but do not provide solutions.

“Some fashion companies, some would say, are a leader in biodiversity because they're really careful. But they do not fall in the area of impact because they sell, you know, handbags and luxury goods,” she said.

“They may publish a very good biodiversity report, the way they source their leather, the relationship they have with their suppliers etc.. but it’s something that everybody should do. So is luxury relevant for the SDGs (sustainable development goals)? It's something we can debate on.”

Despite these risks and challenges, biodiversity investing is still in its early days, and the only way is up.