The first half of 2022 saw re-opening global markets dominated by surging inflation and geopolitical turmoil - driven in large part by the war in Ukraine - spurring central banks to find a balance between reducing inflation and mitigating the impact on economic growth.

BlackRock Investment’s mid-year outlook describes the investment landscape as a new world of heightened macro volatility that is driving up risk premia for stocks and bonds. China is experiencing an economic restart after Covid shutdowns earlier in the year. The lifting of restrictions in major cities has spurred a strong rally in Chinese equities since the sharp downturn of late April when worries around extended lockdowns battered sentiment.

Despite the Covid 19 lockdowns easing and President Xi Jinping pledging government support for parts of the technology sector, suggesting an easing of regulatory crackdowns, the team at BlackRock Investments would need to see higher levels of elderly vaccination and more forceful policy support for the economy to upgrade Chinese equities from neutral.

Victoria Mio, head of equity research for Asia Pacific at Fidelity International believes the equities outperformance of global indices seen in June has proven the resilience of Chinese stock markets. 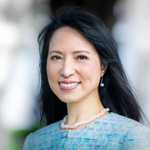 “With the supportive tone of Chinese regulators helping to improve investor sentiment. Further stabilisation of the regulatory environment and a continued effort on global integration and collaboration will further support a lift in investor sentiment,” she said at Fidelity International’s mid-year outlook on July 20.

While Mio expects there will be some short-term volatility, “there are pockets of sector opportunity, particularly within auto, renewable energy and new infrastructure which benefit from favourable policies,” she said.

Mio highlighted that the global green energy transition along with China’s pledge to achieve net-zero by 2050 provides a potential opportunity for investors in the country’s growing solar power sector.

“China’s government is targeting to raise non-hydro renewable’s contribution to power generation, from 12% in 2021 to 26% by 2030, which will lead to lon-term structural growth in the China's solar and wind installation,” she said. “At least 44 countries and Europe have also pledged to meet the net-zero emission target of the Paris Agreement. As such, the whole supply chain including upstream raw materials, suppliers, midstream equipment, manufacturers and downstream operators will all benefit and a lot of these manufacturers are located in China, and they have also a very heavy export market,” she said.

The global energy crisis triggered by the Russian invasion of Ukraine has accelerated the world’s transition to electric vehicles (EV), driving another sector where China has a distinct early-mover advantage according to Mio.

“The auto sector in China will be another hotspot, especially as the market expects the chip shortage to ease and government efforts to stimulate auto sales,” she said.

Back in 2020, Chinese electric vehicle manufacturers rapidly scaled up and acquired overseas mining resources. With its first mover advantage, Chinese EV battery manufacturers now have control over 55% of global market share and 60% of the global production capacity.

“Moreover, 70 to 90% of the global production of the upstream components are now based in China and will remain so in the foreseeable future. We saw this movie in the 1970s when Japanese energy-efficient compact cars took off under a separate energy crisis.”

Sentiment towards the electric vehicle market in China was the same at Morningstar’s Asia Equity Q3 Outlook on June 20. China sold 3.3 million units of passenger EVs in 2021, up 1.7 times year-on-year compared with 6.5% for the larger passenger car market, according to Morningstar Data.