With the recent establishment of Germany’s Allianz Insurance Asset Management in China – the country's first wholly foreign-owned insurance asset management firm – experts believe that other foreign insurers will keep the ball rolling with China-based expansions on both the insurance business and asset management sides.

Allianz China Holding itself was established in 2019, and is the first wholly foreign-owned insurance holding company in China.

While Allianz is stepping into asset management, France’s AXA is choosing to stick to its insurance business expansion before making any new moves.

In December of last year, AXA completed the acquisition of the remaining 50% stake in AXA Tianping Property & Casualty Insurance for Rmb4.6 billion, becoming the largest wholly foreign-owned P&C insurer in the Chinese market.

“The progress resulting from China’s opening-up has been very encouraging, particularly in terms of the insurance sector, enabling international insurers to deepen their engagement in the market,” Gordon Watson, CEO for AXA Asia and Africa, told AsianInvestor.

American rival AIA also received approval from CBIRC in June of last year to convert its Shanghai branch into a wholly owned subsidiary of AIA. 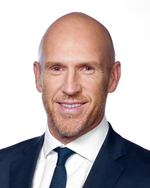 “I believe [Allianz Insurance Asset Management] will be leveraging foreign experience to fill in the gaps in the domestic market,” said a Shanghai-based insurance expert who preferred not to be named.

“China’s investors have been taking different approaches when establishing their portfolios, especially in retail. It could be a while before foreign players are able to finally think like the locals and please investors’ appetites,” he said.

Allianz’s asset management unit will commence its operations and business license registration procedures in accordance with relevant regulations, and will provide products for both China’s domestic and foreign clients. The firm declined to comment on business strategies, such as product types and operations timetables.

The Greater Bay Area has seen mutual market access being facilitated by the Stock Connect, Bond Connect, and most recently, the Wealth Management Connect schemes – and investors can soon count on yet another service that will facilitate the insurance markets as well.

Hong Kong and mainland Chinese authorities are hammering out details for the introduction of an “insurance connect” scheme as the next major step in the financial integration of the Greater Bay Area, according to South China Morning Post last July, though details have yet to be announced.

“The Greater Bay Area presents immense opportunities for AXA in the long term, thanks to its large population, economic dynamism and growing demand for quality insurance solutions,” Watson said.