When the Asian Development Bank (ADB) announced last week that it was funding the early shutdown of a coal-fired power plant in Indonesia, some among the climate-conscious might have been forgiven for wondering why the plant’s operator, with its prominent carbon footprint, was seemingly being rewarded.

The Cirebon-1 plant in West Java went online 10 years ago, and has a life cycle that could potentially see it continue to generate carbon emissions until the early 2060s. Under the ADB’s Energy Transition Mechanism (ETM), the timetable for closing the plant will be accelerated to curb those emissions, in return for payments to the utility running it to offset the income forfeited as a result of its early shutdown.

Those familiar with carbon credits are unlikely to find anything odd about the plan, which entails paying a polluter, but others may find the notion perverse, even objectionable, no matter how laudable the goal.

Liza Jansen, head of responsible investment at Prudential, told AsianInvestor that such initiatives were not without their challenges.

“Paying a polluter is politically sensitive,” she said. “But then, on the other hand, electricity is extremely important for economic development, and many people in Indonesia and across Southeast Asia are still living without electricity, so many plant owners don't really see the plants necessarily as carbon emission producers.”

Another source, who spoke with AsianInvestor on condition of anonymity, said: “There needs to be a mechanism for getting rid of this facility. What if you own that power plant? You’re not giving it away — it’s worth hundreds of millions of dollars.”

All of AsianInvestor's sources made the case for investing in such assets under transition arrangements that would see them shut down early — rather than simply pulling out of fossil fuels altogether, as advocated by many retail investors concerned about climate change. 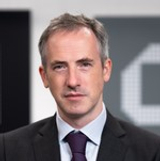 “Let’s take a hypothetical company in which we have significant ownership,” said David Smith, a senior investment director at asset manager Abrdn. “We could decarbonise that company really quickly by just telling it to sell its coal assets and buy a bunch of renewables assets. But that actually won’t change the energy mix in the country, because those coal assets are going to be bought by someone else who may well care less than us about decarbonisation.

“And secondly, those assets are long-dated and power producers have commitments to the grid. You can’t just turn a coal plant off and say, ‘We don’t want it anymore,’ because governments tend not to look at that very favourably.”

Deborah Ng, head of ESG and sustainability at asset manager GMO, told AsianInvestor that a smooth transition from fossil fuels was particularly important in developing countries.

“You can’t just turn off that ‘tap’ right away,” she said. “If you’re a country like the Philippines, that’s already facing energy shortages and already in debt for energy requirements, you need to balance the need to grow energy requirements in a carbon-free and sustainable way, while achieving a ‘just’ transition, and you want to make sure the country and the [fossil fuel plant] employees’ primary needs are met.”

“The market hasn’t properly priced carbon for the last 200 years, and so there’s the potential for innovative mechanisms such as the ETM to be put in place,” he said.

Several of the sources interviewed for this story said carbon credits could support carbon retirement schemes such as the ETM, and all emphasised that there was a need for robust standards in how they were constructed and traded.

“For these to work, you need some sort of national carbon-trading scheme, or carbon pricing to be in place, because, at the end of the day, that's one key factor that drives financial materiality, both for corporates and investors,” Alexander Chan, head of ESG client strategy for Asia-Pacific at asset manager Invesco, told AsianInvestor.

“The other thing I’d say is that it comes down to the accreditation and quality of these projects, where there's actual additionality in terms of reduction – and that's often the biggest point of contention.”

A source who spoke with AsianInvestor on condition of anonymity observed renewed interest in fossil fuel investment as a result of carbon underpricing, alongside divestment pressures, and as an acute consequence of the energy crisis sparked by Russia’s invasion of Ukraine, highlighting private equity firms’ increased involvement in the sector.

“We always knew that if you forced public markets to divest fossil fuel assets, they’d end up in private equity hands, where there's less oversight,” the source said. “We knew that they would earn excess returns for quite a sizeable period of time, because they'd be picking up these assets at two, three, four times earnings because there's a ‘fire sale’ from public markets to private markets at a time they can make really quite an attractive internal rate of return. But governments can inhibit this by pricing carbon appropriately.”

ALSO READ: Back to the future as fossil fuels find fresh favour with investors Ng, however, argued that private equity investment could be a potentially powerful driver of decarbonisation in the energy industry, saying: “If you’re a direct private equity investor, and you see climate change as a risk, and you feel that in order to protect your investments from fiscal risks and develop in a sustainable way that you need to collectively work to reduce emissions, in private markets you have a lot more scope to do that than in public markets.”

Jansen said that regardless of the source of investment, there was a need to overhaul the patchwork of carbon reduction incentives and standards currently in place.

“The current incentives, because of the metrics that we use within responsible investment, create biases against investing in transition within carbon-intensive companies and in emerging markets, because emerging markets are in general, more carbon-intensive than developed markets,” she said. “There are several metrics that are all backward-looking, based on current carbon emissions, and which don’t take transition plans into account. There's a need for localised guidelines on transition finance that integrate the common but differentiated responsibility principle of the Paris Agreement.

“There needs to be room to invest in carbon-intensive activities without any repercussions,” she said. “That's going to be absolutely crucial, because everyone now has taxonomies and is so focused on assets that are already green, which is only 8% of global assets, according to the Institute of International Finance. But the other 92% also need to transition.”

A source who asked not to be identified echoed that sentiment, saying that although fossil fuel retirement plans such as the ETM were necessarily focused on coal-fired power generation since it accounted for about 24% of global greenhouse gas emissions, their applicability shouldn’t be restricted only to the power sector.

“Electricity is an important part of all sectors in the world, so it’s really an important focus, starting first with addressing coal-fired power plants,” the source said. “But it doesn’t negate the need to focus on the energy sector in general and other aspects contributing to climate change.”