The $40 billion collapse in the Terra Luna stable currency platform in May was a major setback for cryptocurrencies and digital assets in Asia.

For some investors though, it merely showed that they have been right to not consider any exposure amid the crypto craze — when there were hopes that the alternative currencies could have been used as a hedge against inflation. 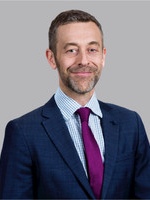 “Cryptocurrencies haven’t acted like a store of wealth value nor a medium of exchange thus far, so I remain to be convinced,” Ben Samild, deputy chief investment officer of portfolio strategy at Australia’s Future Fund, told the audience last Wednesday (May 25) at AsianInvestor’s virtual Asian Investment Summit.

“It has looked very much like a leveraged tech stock to me, which probably makes more sense given the infrastructure it is sitting on top of is very much a fintech innovation,” Samild elaborated.

Although the sector had won a great deal of support from investors in the region, particularly wealthy families, it is now facing considerable scepticism. And rightfully so, agreed Cameron Systermans, a senior portfolio manager at Mercer based in Tokyo. “This year we have had a rapidly rising inflation environment and we have seen the value of most of these digital assets decline significantly. So cryptocurrencies are clearly not an effective inflation hedge,” he said. Charles Hyde, head of asset allocation at New Zealand Superannuation Fund (NZ Super), says that for this reason, the development within digital assets remains on the radar at the NZ$59.8 billion ($38.8 billion) fund as of 30 June 2021, but only at the periphery.

“I can see some value in the idea of the blockchain. But as far as crypto and related elements that get a lot of attention, it just doesn’t seem to be playing out the way that many people had thought or hoped it would. So we are not about to do anything in that space. It’s more of a watch and learn thing for us,” Hyde said.

See also: Look beyond crypto to the blockchain technology behind it: PGIM report

For Future Fund, Australia’s sovereign wealth fund with assets under management (AUM) at A$201 billion ($144.2 billion) as of 31 March 2022, crypto is unlikely to become a subject of interest, according to Samild.

“Crypto exposure is probably a capital-efficient way for some people to take a certain type of risk and position, but the sort of maximalist expectation that this would be an alternative currency wealth and be protection against inflation certainly haven’t been proven thus far,” he said.