The Evergrande default story has not deflected global asset owners’ enthusiasm for China’s bond market, with over 56% of respondents to a survey saying the country's growth potential makes them bullish about the world’s third-largest bond market in the next two years.

Meanwhile, as the US and Europe recover strongly and inflationary pressure piles up, China is in the reverse situation as it copes with sluggish domestic demand and economic slowdown.

Experts believe now is the right time to invest in the Chinese bonds market, especially for sovereign bonds, compared to the rest of the world.

Meanwhile, the inflation rate of China is currently moving down from a peak of 1.3% in May to below 1%, while the US and Eurozone have seen inflation climb from less than 3% before April to 5.4% and 4.1% now respectively. In the event of inflation, bond prices will fall and hurt investors' fixed income portfolios.

"China is in a different economic cycle compared to US and Europe," noted Thu Ha Chow, portfolio manager for emerging markets debt at Loomis Sayles, a US investment manager.

“So actually, Chinese government bonds (CGBs) have been outperforming versus some of the other government bonds recently. If you have no exposure, it may be a good time to invest in CGBs, while everyone else is facing inflation pressures,” Chow said.

The enthusiasm for China came from participants in Eastspring Investments's latest Asian fixed income whitepaper. The survey found that 40% of the investors who took part have direct allocations to Chinese bonds, with a further 37% saying they are likely to consider direct allocations to the market in the next 24 months.

Meanwhile, 36% of the global asset owners who responded said they are optimistic about Asian fixed income markets in the next two years. Most are interested in sovereign debt and investment grade, rather than high-yield bonds.

A majority of respondents – 63% – see Chinese bond funds as “especially suitable” for their portfolios by 2023. Among them, the majority (66%) see Chinese bonds as sources of income, while those who favour pan-Asian bond funds are more motivated by capital gains and their need to diversify.

The recent regulatory crackdown across different sectors of China's economy has shocked the market, and pushed some big property developers like Evergrande towards default. However, the Eastspring report showed that investors believed tougher regulation will be positive for China’s financial system, and that eventually the central government will look to rebuild the confidence of foreign investors, who are a vital source of income for the country's development.

“The Chinese government has taken ‘a very targeted, surgical approach to fixing some of the country’s market excesses by improving governance, transparency, and reporting of firms’ performance and prospects’,” the report quoted an Asia-based head of due diligence for one of the world’s largest financial institutions.

“The reality is that Chinese government bond yields have been much more stable than the US Treasury, and the yuan has been relatively stable versus the dollar,” said Loomis Sayles' Chow.

Chow thinks the negative sentiment about the Chinese market means it will be interesting to see if the Chinese authorities try to be more reassuring towards investors, especially those from overseas, over the next few months. 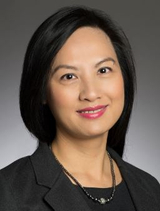 It also found that investors who remain wary of China, are not only concerned about data quality. They also have broader questions about whether they can trust the rule of law in China and protection for foreign investors.

“My institution remains reluctant to invest in Chinese fixed income or credit, pending further evidence of Chinese government willingness to treat foreign capital providers fairly in adverse scenarios”, the report quoted the head of investment committee of a US charitable foundation.

Another US investor expressed concerns about the perceived inconsistency of regulatory enforcement in the Chinese financial system, the report noted.

The Eastspring report was conducted between July and September this year, surveying 155 asset owners in Asia (32%), North America (36%) and Europe (32%), accounting for 79% of the total 196 respondents. More than half of respondents had over $10 billion of assets under management.