Australia’s superannuation industry faces a unique set of challenges from both a regulatory and economic standpoint.

“The system is well regulated and it’s fairly difficult for things to go terribly wrong — but not impossible. The whole industry is still really an incredible experiment,” said John Livanas, chief executive of State Super, a closed defined benefit fund with A$40 billion in assets that is regulated by the New South Wales state government.

With a population of around 25 million, Australia “punches well above its weight” in terms of accumulated capital, Livanas told AsianInvestor.

Boasting combined assets of around A$3.4 trillion ($2.3 trillion), the capital held by the superannuation industry dwarfs Australia’s gross domestic product, which stands at around A$2 trillion ($1.4 trillion). 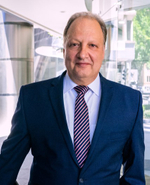 The bigger issue facing the Australian superannuation industry is the way these funds are able to invest this huge pool of capital, according to Livanas.

“Given that there is more money in superannuation available for investment than even the banks have, the industry is really important in terms of capital formation,” he said. “The question becomes, to what extent does this affect the capital markets in Australia — when all the super funds are trying to buy the same assets?”

“Is there overcrowding for these assets, and do we also have a movement where minimum capital sizes have become so large, that smaller projects that are starved of capital can't access some of these opportunities? These are important questions, and nobody knows the answers,” said Livanas.

The capital of Australia’s super funds is predominantly being invested in the public markets, both domestically and internationally. The next major asset class is bonds and only a small portion is being invested into private equity and private markets, he said.

“I think, over the next ten years, we’ll see this change quite significantly — and infrastructure, real estate, and alternative investments in my view will grow over time, and new structures will need to be put into place if that capital is to be effective in the way it actually allocates.”

Like much of the super industry, State Super tends to focus on the public market equities and the bulk of its allocation is invested in Australia, the US, the United Kingdom, and Europe.

“Around 15% of our assets are allocated to Asia, we have small investments in China and India. The reason for this small allocation is because it is more difficult to actually access the capital markets in the region, and they are not as regulated as the public markets elsewhere,” said Livanas.

The case for investment in China’s public markets is much easier to make, due to the larger size of some of the companies, he said.

“Indian capital markets have been subject to quite significant constraints historically, although that is changing. We have been looking at opportunities in India’s private markets, but it can be tricky,” said Livanas.

As an asset owner who invests on behalf of its members, it is vital that State Super knows exactly what it is buying when engaging with emerging private markets in Asia, and this takes a great deal of time and due diligence.

“For example, assume you're looking at a toll road. To what extent do you actually have access to that toll road? To what extent can a government change your beneficial ownership of the cash flows that you generate? You really need to understand everything that could go wrong, and it is also a question of how financially transparent these deals are, and all of these things take a lot of time to investigate properly,” he said.

The models for investment in private markets are much easier to understand when looking at the US, Australia, New Zealand and the UK, and State Super has a number of deals in these markets.

“We understand the regulations there, we understand property rights. It's much more difficult in Asia Pacific, but we will get there. It'll just take time, and I see us increasing our investments in the region over the next maybe 10 to 20 years.”