Asset owners’ implementation of flexible working arrangements, split teams and more home-based working as a result of the Covid-19 pandemic last year could well survive its eventual end, at least in part.

Several institutional investors in Australia, New Zealand and other markets told AsianInvestor some of the necessary changes they installed have led to operational improvements, although there have also been concerns about the potential corrosion of team culture. 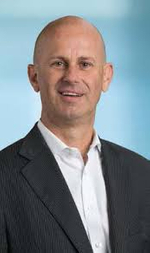 “Operationally, the pandemic has had surprisingly little impact. Australia’s poor internet infrastructure has created the most time-consuming challenges and we have beefed up safeguards for our [trading] instructions,” Vision Super chief investment officer Michael Wyrsch told AsianInvestor.

“In some ways the pandemic itself, in the early days, forced bigger changes, as markets were so volatile and we were constantly re-evaluating our positioning.”

As with many other service-based jobs, the superannuation fund’s dispersed investment team has become used to having more regular online meetings, to compensate for the lack of incidental personal contact, said Wyrsch. Plus, the shift to meetings via online communication such a Zoom has made it easier to communicate with external partners.

“We have had our eyes opened with regards to the ease of discussions with our fund managers, no matter where they are located.”

The impact of Covid-19 also led Vision Super to reconsider some of its investment decision-making processes.

“We have already amended some of our processes to make them more flexible in highly volatile circumstances. We have also improved our portfolio and liquidity monitoring processes, so that we can make informed decisions more quickly if we need to,” said Wyrsch.

Essentially, this has allowed the super to make quicker investment decisions and get rapid approvals, despite the team not always being physically together. Similarly, Stephen Gilmore, the CIO for New Zealand Super Fund, said the pandemic experience has led it to want to better integrate its respective liquidity management and risk budgeting processes.

Its investment team also shifted to working remotely early in 2020, but the sovereign wealth fund saw no major changes to its operations, “although we came to appreciate just how much due diligence and onboarding can be done remotely,” Gilmore told AsianInvestor.

“We found that our liquidity management framework was more attuned to raising liquidity when needed than it was to deploying liquidity and risk to the most attractive opportunities – although that did not stop us from leaning into the markets as they sold off.”

Gilmore said NZ Super had previously taken off much of its fixed income risk in late 2019, and then used some of the resulting portfolio liquidity to make rapid investments into selective fixed income instruments in March 2020 as they suffered from rapid price falls amid panic over the rapid spread of Covid.

Other asset owners have sought to minimise the disruption to their investment processes, focusing instead on ensuring continuity while operating flexible work arrangements.

According to a spokesperson for the Hong Kong Monetary Authority, “Business continuity plans, including split team and work-from-home arrangements, are in place and HKMA’s day-to-day operations in reserves management remain uninterrupted”.

Indeed, the human resources challenge has been a major part of the adjustment process for all institutions. Deanna Ong, chief people officer for GIC, agreed that working from home has proved to be an efficient use of time and resources for the Singapore sovereign wealth fund.

“GIC has been forced to take drastic measures, with getting our employees to work from home and setting up different operating arrangements," said Ong.

Wyrsch agreed that staff management has had to evolve, not least because people working apart can begin to lose their feeling of shared values and cooperation.

“Initially it was straightforward, but as time has crept by, I feel that the team culture has required greater attention to ensure that it is maintained.”

He said doing so has included more use of video conferencing for meetings, along with gradually easing up the geographic restrictions on staff movements as the Australian government has comtrolled the spread of Covid.

While some team members have really blossomed under work from home, he said, others have struggled.

“In some ways the office is a great leveller. There is less difference between accommodations in the office than there is between home working environments, with some people lacking a quiet, dedicated space to work. Overall, managing the team and functions has been easier than I expected at the outset.”

Most asset owners have prioritised enhancing their communication and outreach during the past 12 months. NZ Super’s Gilmore said that throughout the pandemic the Auckland-based fund introduced weekly staff updates, “which we have continued to implement now we are back in the office, to ensure consistent and timely messaging on important issues”.

Across the organisation there was an increased awareness and confidence that flexible arrangements can work effectively. “Staff valued the time they have saved not commuting, and the technology worked really well,” he added.

However, there are hard-to-replicate investment benefits from being in the same location. “It reduces the risk that individuals and teams working remotely may operate more in silos, with interactions between teams being more transactional,” said Gilmore.

The upshot is that many investment teams are likely to adopt a hybrid approach, that incorporates increased remote working off the back of the more effective connections across teams they have developed.

"I think more working from home will be a feature, with many staff clearly benefitting from the experience,” said Wyrsch.