Asia Pacific companies and investors are making progress with their climate goals, according to two newly released reports, but institutional investors can do more to encourage firms and fund managers to improve their standards.

A quarter of companies in the region are expected to be carbon neutral by the end of this decade, found Fidelity International’s annual analyst survey released on Tuesday (March 2). The same proportion of companies globally are expected to achieve the same goal, with European firms leading the pack at 30%. This week UK insurer Aviva set a target of 2040 to reach carbon neutrality, at least 10 years ahead of most other firms.

A separate poll released last week by the Asia Investor Group on Climate Change (AIGCC) indicated that the number of investors using "decarbonisation" strategies and portfolio tilting increased 40% and 35%, respectively, in 2020 compared to a year ago. The AIGCC findings, taken from a survey of asset owners and managers with $1.9 trillion under management, showed that “investors are now more actively managing their portfolios to pivot away from assets at risk while capitalising on investing in climate-related opportunities".

“While asset owners are gradually raising climate aspirations, more work can be done to leverage this value chain, since mandates determine assets under management. Asset owners need to use this mechanism and work with fund managers to support the implementation of their climate commitments,” AIGCC research manager Por Yong-Liang and investor initiatives manager Jane Ho said in a joint email response to AsianInvestor.

Institutional investors have an important part to play in pushing companies to improve their ESG practices, agreed Tan Jenn-Hui, Singapore-based global head of stewardship and sustainable investing at Fidelity. 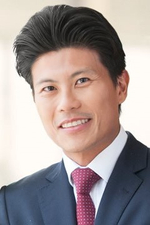 “Investors have a responsibility to nudge companies towards achieving net zero, and we expect the targets that companies currently set to become more ambitious in the future… whether it's to become more energy-efficient or to find alternative ways to use their power, and more broadly about their contribution towards the fight on climate change,” he told AsianInvestor.

Firms are motivated by pressure from governments, investors and the public, Tan said, with China being a prominent example. In September, Beijing pledged to reach net zero by the year 2060 and has, in recent years, rolled out regulations to curb pollution.

The Fidelity report found that the sentiment had trickled down to Chinese companies as more firms had placed more emphasis on ESG this year – 25% compared to 15% three years ago.

But targets are generally easier to set than to achieve.

“China has said that its carbon emissions will peak by 2030, which of itself implies certain things about, for example, the continued use of coal," Tan said. "But on that front, a peak in 2030 to net zero by 2060 – if you think about it – is a relatively short amount of time compared with industrialised nations in the developed world."

China produces 28% of the world’s emissions, making it the world’s largest greenhouse gas emitter, according to Sydney-based think tank Lowy Institute. And there is a great deal more potential pollution to come as the country's population grows wealthier. The latest data from the World Bank ranks China just 45th for carbon dioxide emissions per capita.

Admittedly, differing regulatory standards across the region have been seen as a stumbling block for ESG progress in Asia Pacific, but Tan and AIGCC said the Task Force on Climate-related Financial Disclosures (TCFD) had provided guidelines that helped standardise ESG reporting.

Half of the Asian investors surveyed by AIGCC said that they used TCFD reporting guidelines and 30% of respondents were actively considering it.

“Tools such as the forthcoming CA100+ net zero company benchmark also provide a global standard against which companies can be compared,” Por and Ho said.